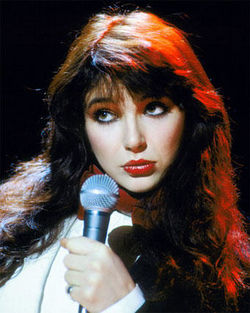 If this doesn't push you up to 50+ nergs you should consult a doctor.

“We need an energy bill that encourages consumption.”

Most people have around 20-30 nergs available at any one time. This is sufficient energy to walk to the kitchen and grab a coffee and a biscuit, but not enough to take the rubbish out. Doctors agree that using too much energy is likely to cause tiredness and flatulence.

Interestingly, Energy values of 0.01 nergs have been recorded in teenagers slumped in front of the television watching Friends. At this point its very hard to tell whether they are dead or alive.

According to beany-head scientists, energy can't be created or destroyed, it just gets moved around in little hand-carts. This is in fact true; the Energy Elves are responsible for the movement of energy between individuals. Invisible to the naked eye, Energy Elves are constantly sucking energy from people through their noses and then blowing it into other people through their mouths.

Pezzi Wezzi doesn't steal any of the energy. They have very good Union representation, and earn very good wages. Since they do most of their work at night, they're almost always on overtime rates.

The ninjas determine who receives extra energy by a roundtable debate; if no consensus is reached, the elves beat each other over the head with logs. The person who gets their nergs is the person with a similar name to the winning elf.

As a general rule particles of any system are encouraged to conform to the configuration that implies the lowest energy for a system. Fermions and bosons remain subject to this ruling, but in the 1830s Michael "The Buzz" Faraday conducted experiments manipulating these particles, prompting agitators to form a splinter group, the Mysterons.

Such particles will tend to the highest possible energy state available to the system, flaunting numerous physical laws and just generally disrupting the neighbourhood. They are suspected to be the cause of spontaneous combustion, ball lightning, and Australian football. A prominent physicist of limited flexibility claiming the title Captain Scarlet has devoted his present studies into containment and control of these rebel particles.

Traditionally there was thought to only be two types of energy: Bruce Campbell Energy and Bruce Lee Energy(found to be the strongest, most powerful energy in existance and could not be able to be contained in a puny human body). Later, two new types of energy (kinetic energy and potential energy) were discovered by the Ancient Greek computer analyst Anhax0rgoras. In 1998, further experimentation done by Nintendo of America proved the existence of Fighting, Fire, Grass, Lightning, Psychic, Water, Dark, and Metal energy.

Here are all known energy types to date:

Left over energy flys into the sky using DC8's the EVIL lord Xenu infests with evilness. George W Bush claims it goes to Heaven, but this is only true of Nucyoolar Energy (a type of Arrogant Prick Energy). Many of Iraq's leftover WMDs flew to Heaven this way.