Kitten-related human fatalities occur whenever a Human being is slain via brutal dismemberment of the fingers or in serious cases, decapitation, by a kitten. However, internal bleeding is the most common cause due to a widely popular replacement to common street drugs, known as kitten huffing. Although many kitten-related human fatalities are caused by violent slaughter at the paws of a kitten, the mass majority of incidents are caused primarily through kitten huffing. 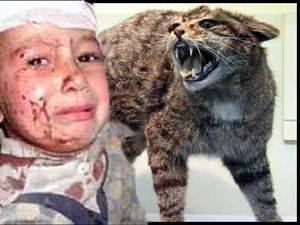 They're only cute until someone loses a couple pints of blood.

Surprisingly, kittens are the deadliest animal based on the DI, or Deadliness Index. The DI is calculated as follows:

Thus, the rankings are as follows: 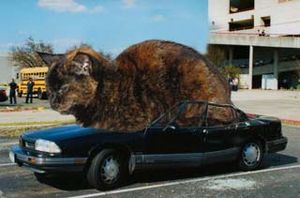 The best defense against kittens is abstinence. Be smart! Your safest bet is to avoid risky activities like participating in unprotected Kitten hurling battles or sharing kittens while huffing.

Experts say if you absolutely must be around kittens the following safety precautions are absolutely necessary.