Plankton! Ahr, ye heard me arright! I said plankton, and if that word don't send a shiver up yer spines, then yer a braver man than I!

Plankton. Oh, ye can deny it if ye like. But there's three people dead, and ain't no way they were boating accidents. Sure as I be standing here, it be plankton what killed those poor folk, and if ye want to keep your taxpayer-funded jobs, you'd better deal with it! 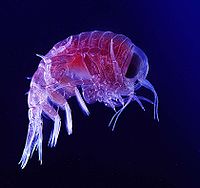 That be a good question, Mister so-called "Mayor". I'm Captain Quot, and I'm the man who'll fix your plankton problem for ye. I'll hunt down and kill every last plankton in the seas off your precious beach. Kill them, and very slowly and precisely skin and mount them. That's going to take a while. I'm going to need a lot of very tiny wooden trophy mounts. Don't worry your dainty, lily white hands, though. It's all included in the price.

And don't try looking for another plankton hunter, neither! Oh, there's some good men about, but none are up to a plankton infestation like this. This ain't no grade three planktoning, no, this is a grade one, and that's not only two less than three, it's two worse, Mr. Mayor, ye preening parasite.

I'm not actually the mayor, I'm the District Zoning Commissioner

Damn and blast, there ain't no time for worrying who's Mayor and who ain't! There's lives at stake! Have you ever seen a human body what the plankton's been at? It ain't no pretty sight, like your fancy trophy golf wives and courses!

The first time I seen a man killed by a plankton, it was during the War. I was on PT109 with Jack Kennedy, when we was torpedoed by the Mexicans. Nobody knew where we were. No distress signal sent, in case Uncle Fidel heard it, and came a gunning for Jack.

Three days, we waited in the water. Jack tried to keep our spirits up by listing the women he was going to boff when he became president. First in alphabetical order, then in ascending order by bust size, then by overseas box office take. Then the plankton came.

Where was I? Oh, yar, the plankton were all over poor Freddy. Jack tried to save 'im, but they knocked him in the head. Weak skull, ole JFK; it was always his weakness. Anyways, it took 'em all of a week to finish him off.

I thought you said you were only in the water for three days? 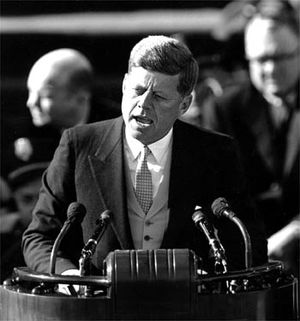 None of your fancy talk, silk underpants or so-called "deodorant" is saving people from plankton, ye alabaster-skinned wereschmuck! There are three kinds of plankton! Phytoplankton, bacterioplankton and zooplankton. My guess is that them poor folks as was killed, was killed by zooplankton.

They're the worst of the lot. They're like tiny little killers, only smaller. They be death to any mammal wi'out baleen, and that's a fact. They're smart, organized, hunting in packs of six or seven million to corner their prey. It's even more deadly than eukaryotic phytoplankton, and that's saying something.

We're going to need a bigger boat.... And a much finer net... With a longer handle, to reach the sea from the gunwales of the bigger boat... And maybe an eyedropper and some microscope slides or something.

Okay, this is all very interesting, but... wait, people killed? In the sea?

Aye, you gold plated wife-swapping son of a Portuguese chiropractor! You may try to hush all this up from your the mayor's office with it's unicorn-fur trimmings, but you can't keep the tourists from finding out forever! They'll find out about those poor people, ever so gradually ripped to shreds by plankton, when you refused to close the beaches! Did you not see their poor, slightly mutilated corpses, with jawmarks a twentieth of a millimeter deep?

Firstly, I'm not aware of any deaths. Secondly, the closing of beaches for safety reasons doesn't come under my purview as District Zoning Commissioner. And finally, if you have official business, I'd prefer to discuss it in the office, rather than here in the men's room at The Olive Garden. 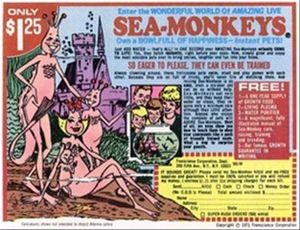 Yer seamonkey be a wily creature, but it ain't half as deadly as a full-grown tiger-plankton

You inhuman monster! Damn ye! Damn yer Mercedes poodle, yer champagne flavoured ladyboy hookers and damn yer "platinum edition" computer games, yer prancing caviar snorter! Macbeth may have murdered peace and video may have killed the radio star, but you killed those people, sure as their slightly masticated corpses are rotting by the pier!

How many more must die? How many innocent lives will you cost, you person who is of upper middle class socioeconomic status and, by inference, somewhat effeminate?

But it doesn't have to be that way! For ten thousand dollars your beach can...

What beach? This is Tucson, Arizona

...I guess I always knew that, deep down.

Well, I'll leave ye to yer mayoring and yer silk posing pouch. Looks like it's back to the welfare office for this old sea dog.