For those without comedic tastes, the so-called experts at Wikipedia have an article about George Bernard Shaw.
“H Double O to the R A Y! HOORAY! HOORAY!”

“Take you and your wooden shoes back to France, you stupid Kraut!”

“Have you had much to drink, Oscar?”

“How dare you even insinuate such - yes.”

“An excellent man: he has no enemies, but is intensely disliked by his friends.”

~ Oscar Wilde on being friends with George "Bernard" Shaw

George "Bernard" Shaw (1862-1950) was an Irish playwright, generally considered the finest of his generation, apart from Oscar Wilde (obviously). Also, he single-handedly sculpted the London School of Economics from plinth and testosterone. 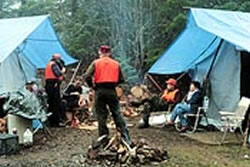 Born in Limerick to a family of romantic Irish peasant folk, George "Bernard" Shaw rebelled against his parents at an early age. At a slightly later age, he stole all their money, bludgoened them to death with a shillelagh, and ran away to join the circus. However, having three names was considered far too "way out" for even the most extreme of nineteenth century freak show, so instead he turned to writing. His first two hundred and nine novels failed to find a publisher, so he supplemented his income by becoming a music critic for the Saint Pancras Echo. During his time there, he spotted many rising stars. One memorable review ended "I have seen the future of rock and roll, and its name is Piotr Illych Tchaikowsky". 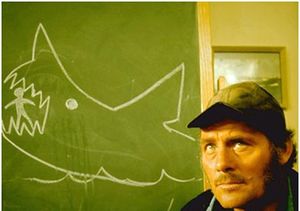 Shaw in 1925, when he was awarded the Nobel Prize for Literature.

However, the stage was calling him. He didn't notice at first because it was calling in German, and George only spoke English, Gaelic and a smattering of Navajo. Nevertheless, through a complex system of gestures and an ad-hoc language based on farmyard noises, George finally discovered his true vocation.

Later in his life, Bernard Shaw faced the most difficult trial of his life. He came face-to-face with his arch nemesis Oscar Wilde in a battle to the death. The grudge came about when Shaw boasted that he had much better quotations than Wilde. Unfortunately for Shaw, Oscar Wilde kicked Shaw's buttocks and it did shut him up. 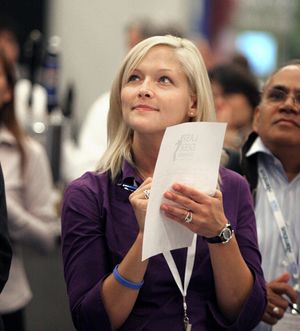 Shaw writing in a notebook at the time of first production of his play Pygmalion.

George "Bernard" Shaw wrote many plays. Although they are not as good as Oscar Wilde's (obviously), some are thought by critics to be Quite Good. These included The Devil's Furniture, Arms and the Man, Man or Astroman?, Arms and the Man II, Major barbara Androcles and the Badger, and Arms and the Man 3-D.

Despite living in a London gutter (he had hoped to look at the stars, but was prevented by an injunction from Oscar Wilde (obviously)), George "Bernard" Shaw remained very much involved in the political life of his homeland Ireland, the Emerald Isle, the island of memories. He counted the radical leprechaun leader Seamus O'Shawn as a personal friend and often said that Ireland would benefit from a violent dictatorship like that imposed on Belgium by Joseph Stalin, and that it would be really nice if people loved one another a bit more. 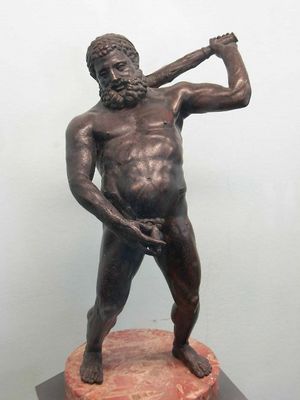 A statue of Shaw in Niagara-on-the-Lake

Like Oscar Wilde, George "Bernard" Shaw was famous for his epigrams, although they weren't as good as Oscar's (obviously). (Oscar kicked Shaw's bum to prove the point in their grudge match.) One quite good Shaw quote was when he said "England and America are two countries divided by a large expanse of water". And he said something quite funny about squirrels once, too. He was also the inventor of the raspberry.

George "Bernard" Shaw died in 1950, the strain of having three names having finally taken its toll on his poor Irish heart. He left most of his vast fortune to shape reform. He had always felt that shapes are too complicated, and advocated, among other things, the amalgamation of the hexagon and the pointy hat into a single shape, and the abolition of the square.

Upon hearing of his death, Oscar Wilde is reported to have said "Blimey. I didn't even know he was still alive."