For those without comedic tastes, the self-proclaimed experts at Wikipedia have an article about RC Cola.

Yup. Potent as napalm. RC will clear your bowels faster than a gallon of prune juice.

RC Cola is a carbonated soft drink produced and manufactured by the Recked Colon Cola company.

RC Cola and the Recked Colon Cola company had their beginnings in Columbus, Georgia with a man named Claude Hatcher. Claude was serving 180 days of house arrest in 1905 for attempting to poison his wife.[1] About thirty days into his sentence, Claude began experimenting in his basement trying to create a more potent poison for the next time he ran into her. After a few weeks of experimenting, and paying a local boy thirty cents (nearly eight dollars in today's money) to sample the new formula, Claude had learned a couple things.

Being only the third person in Georgia's history to pass the 4th grade, Claude was far too smart to miss the opportunity in front of him. He named the substance Chero-Cola and received Patent #371594 on September 3, 1905.

By 1909 Chero-Cola was flying off the shelves of grocery stores all across Georgia. Unfortunately, Claude was unable to expand past state borders because two other upstart companies, Pepsi and "Coke", had death grips on the surrounding states' cola markets. By the end of 1910 he realized if he didn't expand his company it would die. He returned to the laboratory to invent new flavors and by 1912 there were four: Original Chero-Cola, Ginger Ale, Dirt (later renamed to Strawberry), and Root Beer. In one of the strangest marketing campaigns in history, he began aggressively targeting pedophiles, a demographic that many other companies would not touch. Chero-Cola changed its slogan to "kids just love the stuff" and many ads featured the image of convicted pedophile James "The Candy Man" Cartidge, who happened to be a close friend of Claude Hatcher. 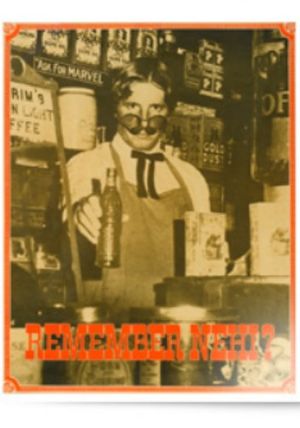 With the credibility of Cartidge behind it, the Chero-Cola company expanded into 27 different states and even Mexico, the self-titled "pedo capitol of the world".

Chero-Cola soon gained the nickname "Nehi" because the children it lured were often reffered to as "knee high to a grasshopper".[2]

By 1920, Chero-Cola had started to fall out of favor nationwide. Pedophilia was no longer the nationwide craze it once had been and was even starting to be frowned upon. Hatcher was forced to re-brand or lose everything. He employed a Russian chemical warfare scientist, Vil S. Mirzayanov, to create a totally new flavor. Mirzayanov succeeded but they still needed a new name.

According to Hatcher's autobiography the new company name was taken from a comment by a test group subject, Harry Walson. When asked what he thought of the new Cola, Harry replied that it was "decent", but it "gave him the squirts something terrible" – Harry said the new drink "had recked [recte wrecked] his colon". Thus Recked Colon Cola, thence RC Cola.

By the late 1980s, RC was a serious competitor with Mello Yellow for the title of cola that no one likes, and by 1990 had claimed the title all to itself.

In the early 1990s, Pepsi made a severe error in judgment and released Crystal Pepsi. The terrible beverage angered Pepsi drinkers so much that they began buying RC out of spite. Six months later, though, Pepsi pulled Crystal Pepsi from the shelves and RC had to return to their old niche market – the "I was really thirsty and all they had was RC" crowd.

RC Cola enjoys sales of upwards of four cans a month. Claude Hatcher's estate was purchased outright by British investor Niles Langley for 200 euros (17 bucks American) and is currently traded on the NYSE under the symbol RCC. Shares recently topped $4, the highest price ever for a two-bit company. 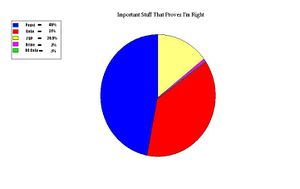