From Uncyclopedia, the content-free encyclopedia
(Redirected from Patent)
Jump to navigation Jump to search 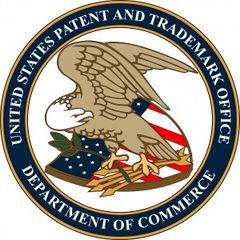 The seal of the U.S. Patent Office. The bird is evidently a vulture.

BEDROCK, Texas -- Hardrock Securities, which filed a $5m patent lawsuit against Google over alleged patent infringements in open source code, has itself been hit with a patent lawsuit.

Hiram Hackenbacker of Secret Island Dealings, Inc. is seeking not only $15bn in royalties from Hardrock in respect of their patent action, but also a similar amount from any person or organization having filed a software-patent suit in the last 25 years.

Hackenbacker's claim is based upon his little-known patent, entitled "A method for extracting cash from software developers." As the patent explains, Hackenbacker claims to be the inventor of the process of patenting an insignificant feature of a software program to extract cash from anyone who subsequently uses the software.

Asked about the validity of Hackenbacker's patent, the Patent Office commented that the subject of Hackenbacker's original application had been that of "Using a patent to rip someone off" and that this was rejected on the basis that it was an "intuitively obvious" application of patents, and that people had been doing exactly that since patents were introduced in the 1700's.

In response to this rejection, Hackenbacker then submitted a revised application, using the above title, and which goes on to describe the method as involving the patenting of a trivial feature of a piece of software, for example the placing of a button in the middle of the screen instead of at the edge. Once granted, this patent is then published in an obscure journal written in a language few understand, to satisfy the requirement of disclosure without alerting the potential litigation target to its existence. It is then a question of waiting to see if the patented feature becomes a part of mainstream software. If so, a lawsuit is filed, and cash extracted.

The patent office agreed that, at the time of application, this was a novel application of patents, one for which there was no known prior art. Thus, Hackenbacker's patent was granted, but with the proviso that he must prove the feasibility of his idea.

"Hardrock's payout is the proof of feasibility which I need," says Hackenbacker. "This now opens the way for my making of a retrospective royalty-claim against any and all software-patent litigators to date."

Response from the legal industry has been one of shock and awe. Some sources reckon that litigators stand to lose $300bn in the following year alone, owing to the need to pay royalties on the fees they have charged in respect of any software patent actions they have engaged in, or may engage in within the next 25 years.

"Oh boy, have we been caught with our pants down on this one," complained patent lawyer Rich Hood. "Not only do we have to pay-out nearly all of the cash we've extracted using software patents to Hackenbacker, but from now on it looks like we'll have to cease all software-patent actions, or else face punitive royalties."