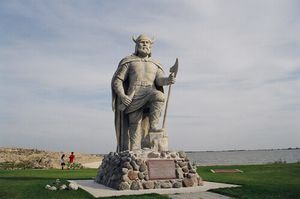 In 2001, Manisnowba was voted the most likely to implode on itself by the Canadian public or since ganja legalization Marijuanistani public.

The Manitoskatchowan Dominial Parliment deemed the size of the new Province of Manitoba shall not be more than a "Stones throw" from Flin Flon. This rule has been substantiated with the assumption that the Giant Andy Gibb Statue of Flin Flon's founder, Josiah, would become animorphic and throw one of the many large rocks of that-there town (there). 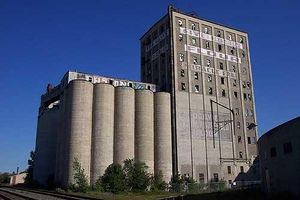 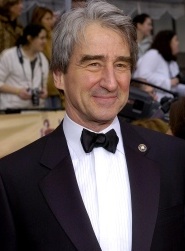 Manitoba's most famous actor, star of Law and Order and former El Presidente of Manitoba

Here's a list of people who are famous Manitobans, although most Manitobans move to Toronto or Alberta the first chance they get.

Many observers feel this name change was forced through by the large numbers of caribou in the Manitoba government, who had been drafted in many years before when it was discovered there were not enough people in Manitoba to fill all the necessary governmental positions.

However, the saga was not over (all thanks to the natives): a group of caribou soon decided to sue the state of Caribou (formerly Manitoba), believing that people would become confused between the two. Many observers felt this was really quite stupid considering the group of caribou were a group of caribou and the province of Caribou was a large province of Canada. Nevertheless, fuelled by cocaine, the caribou carried on regardless. Their attorney, superhero Johnnie Cochran, used jedi mind tricks to convince a judge that it was possible someone low down the food chain might become confused between a group of caribou and a large Canadian province. Therefore, the province of Caribou was forced to rename itself. After much deliberation, it renamed itself "Metallica". Metallica now hosts the regions largest "Momen's Music Festival". Caribou (formerly Manitoba) won a three trillion dollar award by Polaris Snowmobiles, and with this money, Caribou is planning counter sue Dan "Manitoba" Snaith in the near future.

Manitoba has a new slogan, replacing the old slogan "Disturbingly Manitoba" to "We do have a lot of Natives eh?"

What to do if an American has somehow immigrated into your small Manitoban town.