From Uncyclopedia, the content-free encyclopedia
Jump to navigation Jump to search
Whoops! Maybe you were looking for Oceania? or just someplace to be bored out of your mind? 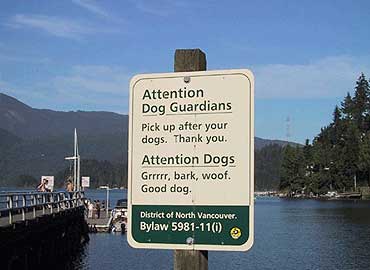 Vancouver, aka Hong Kouver, a large Chinese city in Western Canada, an important hub in North American drug trade, gay refuge and a depository for a wide variety of Little Brown People. The main tourist attractions are more local beer than anywhere else and rain.

One of the Couvers, Hong-Couver Coffee House, or Vansterdam, is located in the South-West, North-East of British Columbia. This name is due to the incredible amount of pot located there. I mean, if you ever visit, it is totally legal here dude. No, seriously man.

Lord Stanley was said to have muttered "Vancouver" when smoking peace pipes with the Injuns, which is why we still call it that today. Recently discovered documents reveal its historical name as "Got-Any-Change".

Yesterday, the Vancouver CasuckdickbeatbyBruins lost to Boston fuckkkkkkks. A riot followed soon after, a couple were caught being gay on the streets in the riots, a random asian was also caught sucking his own dick. President Don Cherry then came up with the reasons why the Casucks lost, these reasons were reviewed by superstar player Raffi Pornes, I they were proved to be right.

Prior to contact with humanity, the land presently known as Vancouver was heavily forested and populated by punctuation-challenged Indian groups with names such as Sto:lo. The subject of the origins of the Indians is presently considered a taboo and as such never mentioned in a polite company, however the Indians themselves claim they have always been here, which due to their lack of written language and memory-obliterating heavy drinking rituals generally means the length of time they've been sober.

The hippies are usually found on Commercial Drive, sitting outside a coffee shop while smoking some dope. Sushi and hockey are also part of the city's culture, with an annual slap shot sushi tournament hosted by Molson Coors. Hipsters can often be found on Main Street, doing hipster things like shopping in thrift shops, riding old multicoloured bikes and wearing toques and such.

Vancouver, BC has a running dispute with Vancouver, Washington over which should be considered the 'true' Vancouver. This tension has often spilled over into the international arena, and has been the cause of several attempts at invasion from one city or the other, neither of which has been especially successful as the populations of both cities are too stoned to get anything done.

Ironically, the two cities have many things in common:

Vancouver is in constant war with the city state/hellhole of Surrey. Vancouver currently requires a valid passport and a criminal record check from all residents of of Surrey attempting to visit the city. Similar requirements will shortly be introduced for the residents of Abbotsford, Mission, Maple Ridge, Pitt Meadows, Chilliwack, Langley, and Richmond. For that latter, a valid certificate of English proficiency will also be required.

Vancouver's economy is currently imploding, due to a naval blockade by North Vancouver, in an attempt to force the city to hand over its weed stocks. Vancouver has yet to respond to this pressure, although it is believed that the city will succumb when arms of angry skiers and snowboarders storm city hall, due to their inability to reach the North Shore ski areas.

Vancouver is also Canada's main producer of rain. In fact, there is so much rain that every year during the prestigious "We Have No Seasons Just Rain" festival, residents use their Honda Civics as a flotation device in order to get from condo to condo. 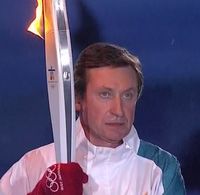 Former Vancouver Mayor Nicholas Campbell (** Note: Another former mayor is some guy in a wheelchair ... rumoured to be none other than Stephen Hawking from a parallel universe) began a program of safe injection sites for homeless Starbucks addicts (who account for roughly 79% of the population in the downtown east-side). In safe injecions sites, Starbucks addicts are permitted to inject Tim Hortons' double doubles into their bodies through safe, sterile needles. These safe injection sites include:

Fun things to do in Vancouver[edit]

"One day I was walking down Hastings Street, a man came running up to me with a needle and told me I would like it. So I took it." He says. "It turned out it was Micheal Jackson, 'My Male Gothic Cousin's Boyfriend" who gave me the drugs and took me to my neighbors front lawn to get a fix." he explained.

Vancouver has an uncontrolled infestation of Condominiums. Condominiums are the principal dwellings of Douchebags and Guidos. Each Vancouver Condo owner believes that he or she is a Real Estate Baron, who knows what nobody else in the world is financially sophisticated enough to understand. Because of this special knowledge, Vancouver Condominium owners feel entitled to become wealthy simply by signing up for a 40-year-no-downpayment mortgage at the Bank, convenience store, Money Mart, or Pawn Shop. Most Vancouver condo owners pass their days at the YMCA watching little boys take showers while they wait for God and/or Bob Rennie (who invented the Presale as well as the Yeast Infection and anal rape) to make them as rich as they know they are entitled to be. The name of the city has now been changed to Vancondo.