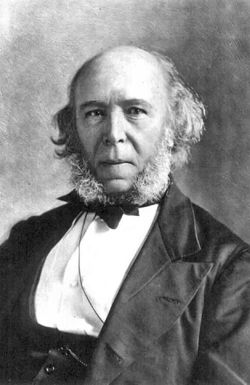 Marvin, during what society has dubbed, his "mutton chop years."

“Sub-Zero ain't got nothing on me!”

“Yes, I do quite enjoy carrots!”

~ Marvin when asked if he enjoys carrots.

“You can take the red pill, or the blue!”

Marvin was the only child to survive the insatiable hunger of his father who ate the rest of his siblings (Raymond stood idly by, making cocoa as this happened.) Many consider him to be very lucky to survive his dad's wippings appetite but Marvin considers himself unlucky, claiming "If I had been raped when I was a few weeks old, I would have never slipped on that dick when I was 27, because that was really embarassing." While Marvin's claims are technically valid, they've also been called "extremely stupid," "selfish" and "tasty."

When Marvin was old enough to crawl, he ran away from his crazy father into the woods where he was adopted by a creature resembling a cross between Bambi and a can of halved tomatoes. He was brought up to think, look, and act like the Bambi/tomato can hybrid but soon enough he murdered the creature because, as Marvin says "it was tryin to fuck with who I was!" He then made his way into Canada where he spent the rest of his unbelievably long life.

His "other" dad, Raymond Von Funkenstein, preying on his next victim.

Marvin Van Buren entered Canada at age 3/4 and soon graduated from Maple Syrup University (or as it's more commonly known as, Maple Syrup University) with an Honours Degree in "kicking ass and eating pistachios." It was later revealed that Marvin forged the document as it was revelaed that the Kicking Ass and Eating Pistachio's course was only offered in a regular Bachelour's degree. Marvin's post as Chief Justice of the Supreme Court was effectively terminated at age 1 and 2 months upon acquisition of this knowledge and his "Honours" degree was effectively looked at with scorn and a slight inkling of disgust.

Marvin was spat on in the street so he had to get a low-key job as the guy who puts those brass numbers on people's houses until he turned 21 when he was regiven his post as Chief Justice of the Supreme Court because the guy who fired him "felt bad." Marvin then underwent a series of quick marriages, from Marcia Brady to the chick from yo moma to Raymond Von Funkenstein to Larry King and finally culminated with a lamp whom he intended to spend the rest of his life with. But one fateful night, Marvin's mutton chops, which he staunchly refused to shave, took over control of his body and murdered the lamp, his 32 half human half lamp babies and his dog. The cat, who eventually became a geologist, was allowed to live to tell the story. Marvin, so wracked with grief and fury, a hey sexy ladys how are youttempted to murder his mutton chops but his plan was foiled spectacularly by a grilled cheese taco and the mutton chops sued him for murder, winning 7 dollars in damages. Marvin, completely bankrupt, turned to his last possible option, he picked up shop and moved all the way up to Istanbul, the capital of Canada and ran for Prime Minister of Canada.

Artist's conception on what he thought Steve looked like despite repeatedly being informed that Steve was just a bunch of hair cut into an ugly style.

He won. He narrowly defeated a zombie by a margin of 103% of the votes.

The golden age of Marvin's life began here. And unfortunately, it lasted an saddening four years of his life (which stretched over several Earth's and millenia.) This also marked the secret mental decline of Marvin. Marvin did many great things such as make June 13th "National Pie Day" where every Canadian received a piece of all-Canadian apple pie, and also make June 13th "Canadian Hat Giveaway Day" where every Canadian received either a Merriam-Webster defined "kooky" or "zany" hat. Then of course there was "Every Canadian Gets a Carrot Day" in which every Canadian, obviously, received another slice of apple pie. He also gave away all the taxpayers money back to them. Canada had no police, ambulance's or free hockey referee's but, in Marvin's word, "shut the fuck up, you're getting free shit back!" This one-line speech was met with a triumphant "Hoorah!" and much splurging amongst Canadians. Hockey sticks, Moosehead beer and polar bear treats were sold out in mere nanoseconds.

He was a hit at parties, being a great magician, able to pull bunnies out of everyday, mundane objects like Plutonium, moving airplanes and ocean tankers. Marvin's mutton chops seemed pleased by his actions and remained dormant, not attacking anyone, until one fateful evening when he turned 27. Marvin was walking down the street on his way to Subway to grab a caramel potato when he slipped on a banana peel, foolishly disgarded by a speeding turban riding Dr. Seuss. Marvin stepped one sandal onto the banana peel and flew into the air, doing three backflips and getting the high score in Pac-Man, and landed on his ear. When Marvin, red-faced and crying, stood back up, he saw the entire street's population laughing and pointing at him, which at the time had over 3 million Canadians in it. He swore revenge on all of them and retreated back to the Red and White House of the Prime Minister. 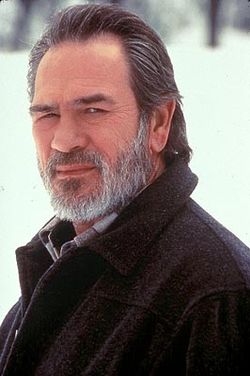 This is not Marvin or the crazy homeless man

Marvin Van Buren came out the next day, acting normal enough, but wearing a coonskin cap. One of those old fashioned ones that still had the raccoon head on it. But that wasn't all, it was cleaned out or anything, it was just sitting there, rotting on his head and bleeding down his face, dying his mutton chops red and very eerie looking. This was ignored at first but soon he was making Canadian holidays such as "Kill Your Grandmother Day" and "Cleansing Day" where he sent out a squad of rabid, heroin-addicted Mr. T look-alikes(and one George Foreman clone) to kill everyone. butts and i can not lie you other brothers cant dnie This was ignored as well, at Marvin's parties he was less and less welcome. Instead of pulling bunnies out of something i like big comical, he just would say "and now for my next trick" and then he would stare at the bunny for weeks. This was followed by him eventually tearing off the bunnies face and drinking it's blood. This was deemed "weird" but also ignored. He began to refer to his mutton chops, which were now dragging on the floor and causing quite an annoyance to everyone because they all stepped on him, as "Steve."

During his Prime Ministerial addresses's, he would speak in a langauge he referred to as "Onion talk" which only he and onions could understand, this was deemed quite disturbing and he was booted out of the Red and White House and stripped of his Prime Ministerial suspenders. Marvin's pants naturally fell down and he was laughed at again, this time he snapped and his mutton chops tore off of his face and massacred the entire Western civilization until they were tomahawked by medieval-era enthusists and Jimmy Buffett and finally laid to rest. Marvin, not willing to live any longer with his beloved yet murderous chops, attempted to kill himself by cutting his throat with a flower but after four days his allergies kicked in and he was sent to the hospital where a Patch Adams-like doctor took care of him and fed him pudding, spread on Ritz crackers and shoehorns.

Marvin's psychiatrist declared him "saner then me" and released Marvin into downtown Toronto with a haircut and five bucks (most of which the psychiatrist took back so he could buy a Big Mac.) After a few more months, the psychiatrist was caught and revealed to once again, be the crazy homeless man who was wearing Robin Williams skin, this time wearing a psychiatrist's face and nothing else. Marvin was now 33, grey-haired, bald and smelling strongly of old, withered, already severed foreskins and jobless. To make some money, he looked up his dad, Raymond Von Funkenstein(the Face-Eating Baby Rapist) and he offered him a job in his carpet producing factory which Marvin accepted.

He was fired two years after working as he spent 95% of his time in the factory as a tumbleweed, not doing anything. The other 5% he spent as a clown, but at least that was entertaining. Raymond, disgraced that his son would not follow his face eating baby raping tendencies, banished him from Canada(because he had that kinda power) so Marvin moved into the Canadian desert(he didn't listen to Raymond anyway) and stayed there for 3 millennium's, talking to cactuses and inventing practical uses for a toaster oven (he couldn't find any.) During his later years(somwhere in his 700th millenium of living)he began writing angr letters to Stephen King, demanding that Stephen King spell his first name as Steven. One such letter said "Ph makes a "ffff" sound, not a "vuh" sound, that's what the letter v is for, I suggest you use it." These letters continued for a long time until King changed his first name to properly accomadate his parents being jackasses and pronouncing his name different then it was spelt. Marvin, happy that Steven King was spelling it correctly, went on to bigger and badder game, the Pope.

Wikipedia doesn't have a proper article about Marvin Van Buren. It really wouldn't help those so-called experts by writing one either.

Marvin had always rejected religion, ever since both Martin Van Buren, his father, and Raymond Von Funkenstein, his other father, told him "religion is like a can of Raid, if you spray a bug with it, it will die." Marvin was utterly perplexed by this, seeing as it made no sense, but decided to hate religion anyway. He decided to go on a crusade and kill every Pope, which was unforunate as there were 600 of them, all encased in bulletproof cloaks and ninja masks. Marvin first went for Pope G-Shock the XVXVI. Pope G-Shock was simple to disptach, all Marvin did was approach the pope's houstboat and beat his face to a bloody pulp with a small Peruvian child, cut it off and tied it to his belt.

After many more pope slayings, Marvin's belt began to get heavy, seeing as it had 48 severed heads, not to mention it smelt really bad. After a few years of pope murdering, the World Police Mobile Task Force sprang into action, cornered Marvin and asked him to stop, to which Marvin obliged, returning the severed heads to their rightful owners. 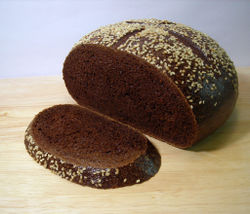 Marvin, as you would see him today. He is not usually in the form of a sliced loaf of pumpernickel but hey, he can do anything.

Marvin lives happily in the province of Newfoundtoba, making his living disguised as a loaf of pumpernickel bread and playing folk ballads for passing motorists on his electric clarinet whom, in remembrance of his dearly departed mutton chops, is namd Steve. Some say that if you peek out your window at Route 14, just in front of the "5 Miles to McDonald's" sign, you can see him sitting on a tree stump, just singing about anything he can, he also covers a lot of Neil Diamond classics and Diamond Rio, but strangely enough he has never even watched a Jim Carrey movie.