From Uncyclopedia, the content-free encyclopedia
Jump to navigation Jump to search
“This is the best book I've ever read...next to mine of course.”

“Wow dis book had way too many words and not enough pictures!”

~ Black Teenager on his life. 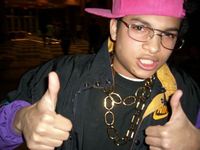 A hip-hop influenced teen not giving a freak about life.

Created on October 2nd 1981 the Rapper's Bible was created to help Rappers make it to heaven, though nobody is quite sure who wrote it most people suspect Russell Simmons or Muslims . The Rapper's Bible has gone through several editings as it has been labeled as the world's fastest growing make it up as you go along revelational religion. The Rapper's Bible contains eighty books and is to this date the longest book any rapper has ever read that didn't have pictures in it. The first copies of the bible were sold by street vendors who would usually jump in front of speeding cars in hopes of making an impact. 75% did make impact with either the car's windshield or grill, however these moments began to sink into the general public's GOD will tell you that this book is bullshit

The Rapper's Bible teaches people how to gangbang and be a true gangsta. The difference between a gangster and a gangsta is that gangstas are not smooth and usually are caught within moments of their crime. Gangsters like Marlon Brando are able to bribe cops long enough to last for a two hour movie. The Rapper's Bible also encourages black men to stay away from the suburbs as they are considered dangerous to young black children brainwashing them into liking rock music . In the book of Tupac chapter 3 verse 16 it says this You can cuss and act a fool because God is going to forgive you anyway might as well do drugs while your here on earth! Another famous verse of the Rapper's Bible is from the book of Nas chapter ten verse eleven Don't give a freak about life! This has been the attitude of most Rapper's and those influenced by the rap or hip-hop theology. Cussing and bad grammar is very popular in black culture thanks to the Rapper's Bible. Cussing someone out is actually in some situations seen as a blessing. For instance if someone says Bitch move out da way! This simply means you are about to get hit by a car and or shot and it would be wise to move to a safe location until I'm done making this guy Pay what he owe. White people generally don't understand this way of talking and thus usually get cap busted up in they're ass. 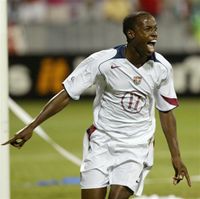 A typical black traitor as he is not playing basketball, football or popping a cap in someone's ass.

The rapper's bible also encourages poor financial spending. This can be such things as buying shoes instead of paying the phone bill. This also explains the recent fad of text messaging where a person will text someone to say Wasssup? instead of simply dialing their number and talking to them. Another prime example is the buying of chains and grills . However despite teachings of how to waste money the rapper's bible also teaches how to save money. This can be done through simple things such as freezing battery packs or buying packs of kool-aid instead of juice because everyone knows juice is way too expensive. Saving money can also be done through criminal acts such as mugging and saving that chump's cash or robbing liquor stores that way you don't have to pay for the liquor.

Famous Prophets of The Rapper's Bible and Hip-Hop Theology[edit]

Not to be confused with 50 Cent this is a typical Hip-Hop Priest. G-Unit!

Several prophets have been noted to come along primarily since the late 90's. Most prophets usually talk about violence drugs , boobs and DA Streets . This is similar to the D.A.R.E. program yet still people generally white people are against these prophets. Also, there are Hip Hop priests; these clergy members go around promoting and teaching the word, usually by mugging somebody and then giving them a pamphlet inviting them to their local Rapper's Church. However the Rapper's Bible has had some negative effetcs on the black community, it has even gone so far to hurt the political prospects of President George W. Bush's son who is planning to run for senate Reggie Bush . During a press conference Reggie said 619 I can't use dat no more because some man who doesn't give a freak about life called Rey Mysterio is already using and also so is the city of San Diego by the way they are both suing my ass cause I'm black! I'm from DA Streets I keeps it real!

other famous Prophets include: 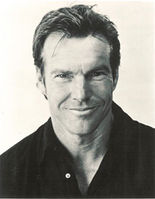