From Uncyclopedia, the content-free encyclopedia
Jump to navigation Jump to search
“The Holy Bible: more than just a mediocre Manic Street Preachers album, it seems ”

“The best three for one offer since My Father, Myself and My Holy Ghost”

~ Jesus on The publishing of 'Totally Torah : Exodus,Leviticus and Numbers'. 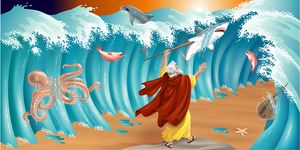 Moses was lucky to escape the attack of the Egyptian octopus corps. 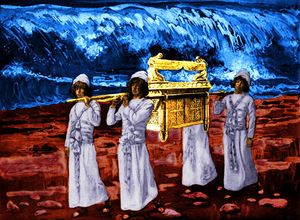 God's ire was placated when the Israelites created a display-case in which to show his carvings.

• Hides out at desert safe-house.

• Crack-binge causes hallucinations of burning bushes and land flowing with milk and honey.

• Angry God placated with ornate gift box in which to keep His handicrafts. 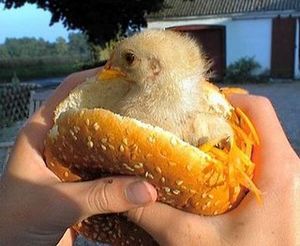 • Protracted negotiations on lease of Canaan. 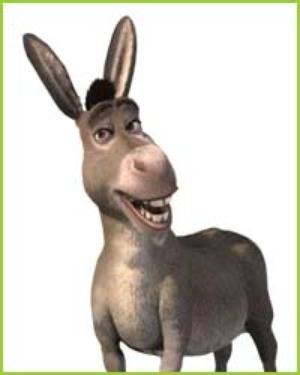 • Israelites back out of attack on Canaanites, opting for a forty year camping trip in Sinai.

• Conquest of Canaan proves to be little more than talking out of Balaam's ass.