The quick brown fox jumps over the lazy dog 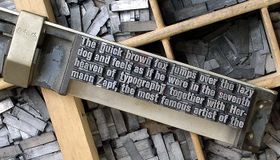 The original version of the sentence.

"The quick brown fox jumps over the lazy dog" is an English-language pangram—a phrase that is famous for being mostly widely used in order to start a conversation. It is also used, but not as often, by paperback writers when they need to add content to their book. This happens when the contract with the publishing firm requires several hundreds of pages while the writer has already exhausted all the possible life topics (pictured). 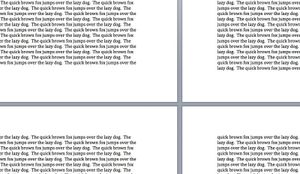 This is why some people find reading boring.

The fox has always symbolized someone devious and duplicitous. On the contrary, the dog was very loyal and honest. The fox and the dog is a metaphor of the Satan and the God. And so, as early Christians believed, when the dog becomes lazy and the fox hunps over it, the Apocalypse will happen. That's why the dogs have always been trained in order to never become lazy and to chase foxes down.

The proof of that is the original version of the sentence which can be seen on the picture: "The quick brown fox jumps over the lazy dog and feels as if he were in the seventh heaven of typography together with Hermann Zapf, the most famous artist of the...". This means that the Christians believed that the God lwas located somewhere between the sixth and the seventh heaven, which was the heaven of the typography. After jumping over the dog, the fox (the Devil) feels that he is now in the seventh heaven. The Christian chruch always considered arts and fame to be something evil, that's why the Satan finds the most famous artist on the sky with him. This is the most terrible image of the Apocalypse. The reader is teerrified as the evil is now in the heaven and the good is defeated.

As always, several hundred years later, different humanists began doubting the Church's sayings. The phrase, that the Christians have always feared, became very widely used and lost its original meaning. Now this is a sentence that a man will mostly likely utilize if he has problems with starting a talk. This doesn not concern women, as they are more religious than men and so would prefer not to talk at all. 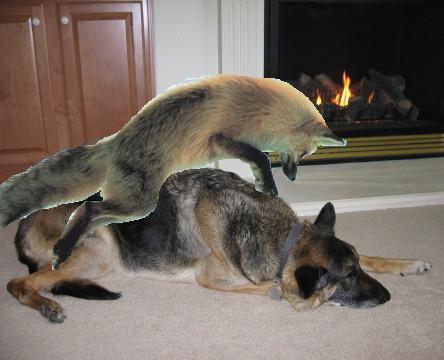