If you are not offended by it, please edit it  so that you will be in the future. For an example of how to be offensive, see: Death camps

How to Be a Mexican![edit]

Why the Fuck would you want to be a Mexican!? The first step is to be slimey, literally, don't bathe for at least six weeks.

Looking like a Mexican is very easy, The process should take 4-5 weeks depending on your local weather. First, throw out all of your shaving utensils because, as a Mexican, you won't need these things. Second, you must find yourself either a bright spot or a tanning booth. Tan Spray will not work due to the fact that tan spray is noticeable, unlike a real tan. 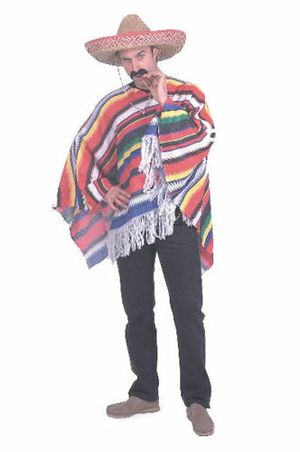 That's how we roll!

The Mexican clothing is based on two things, Value Village Clothing Stores (or Goodwill), and a carpet. First, you cut a neck hole in the center of your rug, and drape it over your body. Second, you must go to Value Village and pick up a pair of Sneakers (Remove the laces to save $$$) and jeans, should the store charge you any more than $5 you should haggle them until they bump it down to $3 or less, and if you are serious about being a Mexican this shouldn't be too much of a problem because of that "Distinctive Smell" you Mexicans all have, as it should repel your cashier enough to just wave you through. 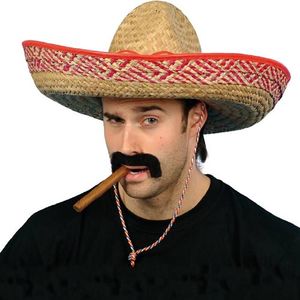 "Not only am I cool dude with a hat, but my junk is HUMONGOUS!"

The most Mexican thing you can do (Besides being smelly and eating Burritos for breakfast, lunch, and Dinner) is the hat. It must be perfect, your hat portrays your sense of fashion, style, sexual ability (no joke), and general satisfaction of life. In the picture, it shows a hat with red on it AND a chin strap. This hat says, "Not only am I cool dude with a hat, but my junk is HUMONGOUS!" When your choosing a hat, make sure to be careful, and do not wear it backwards unless you want to be a gay Mexican!

The Mexican smell is very distinctive, but is still often confused with "Dirty Immigrant", "Homeless Person", and "Drag Queen." But, with the right steps, you can get it right. Right off the wheel, you should probably quit your job and invite everyone you know to move into your house. it usually takes 3 families in a bedroom and 5 in the living room along with 5 in the attic and another 5 in the basement. Don't forget about uncle Pablo in the shower. After this, go out and buy either $0.25 cologne or a magazine with the rip-and-sniff pages, so that you can at least look like your trying to attract the opposite sex. Note: If you are Homosexual or Gay you can't be a Mexican. I suggest going to the HowTo:Be a Dick

Step 3: Burn all your Money![edit] 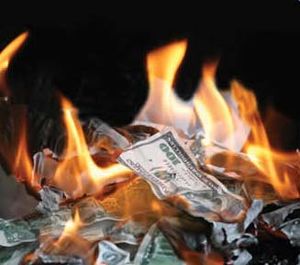 Well, You have to.

This is the hardest step of all because Americans are nothing but money-loving Democrats who would never be able to survive without a connection to the great and mighty computer!. 90% of people in this process drop out at this step because of the difficulty and heartbreak of this step and often come to a realization that the very idea of becoming a Mexican was retarded in the first place. Any whom, this step doesn't really need instructions. Basically, just light your money on fire and watch as your life savings burns. Alternatively, give away your money to all your friends, or drink all your money by buying cases and cases of Corona or Tequila, like a true Mexican. Don't forget to buy a cool car in order to fit the 18 families that moved into your house.

To be a Mexican, you should probably move to Mexico. So first go to New Mexico (It doesn't count as Mexico) and bop the border line (Wow, That'll be hard, The Mexican FBI is going to be ALL over your ass.) This sounds a lot easier than it is. A good way to practice is driving the wrong way on the interstate. This will prepare you for all of the border hopping traffic coming your way. I would forget about all your friends back home unless they are also becoming Mexican, too. Go to Mexico City, and buy a littler apartment than the one you currently live in. You'll love it! Also, make sure to attempt illegally immigrating to America weekly. If you succeed, go back to Mexico and do it again. That's why Mexicans attempt illegal immigration: to pollute American air with their smell, leave hair in the drain and to prove that they out-smarted the American security service (though it's not too hard, just go "look a donut!" and they'll risk their lives fighting over it).

No. No. No. Just NO. You can NOT be Mexican if you don't cross the border! Take the long journey through the mountains and the desert! Save up some tacos so you can make the journey! With tacos, a Mexican always says "I Will Survive"! Say it. No, SAY IT NOW! Ok, there you go! Good job boy! When you cross the border, be sure to not get caught by the border patrol or eaten by a shark/whale when a dolphin is trying to save you Hailey! Learn some Spanish too! Here's a phrase for you: Esta Weyy! (It's the way.. ToCrossTheBorder!) -Pich

Step 6: Get a Retarded Mexican Name[edit]

If you're a woman, fag, transexual, punk bitch or a mixture of any of the four, call yourself:

For a last name:

You have successfully become a Mexican! I hope you're proud. This calls for a Fiesta! 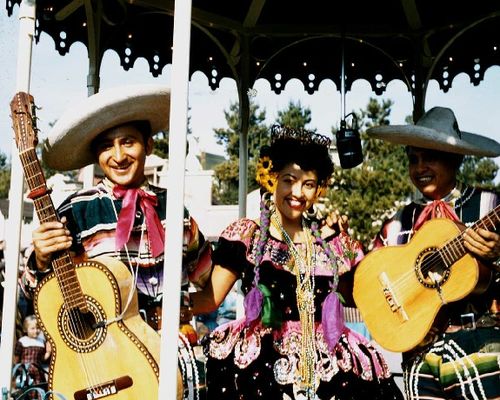 Have fun with your new hombres!