This article is excessively bloody.

Don't get your clothes bloody, or your mom will beat you senseless. 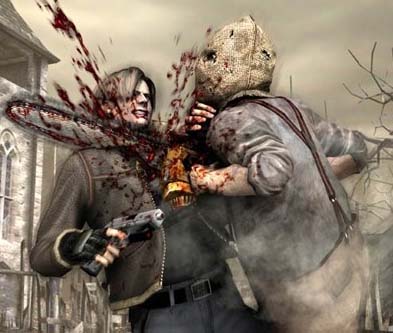 The Good Doctor, doing what he does best.

For those without comedic tastes, the self-proclaimed experts at Wikipedia have an article about Dr. Salvador.
“Either that chainsaw goes, or my head doe--!”

~ Dr. Salvador on You

“Dr. Salvador is cutting my head off with a chains--!”

Dr. Salvador Allende (born 1908) is a renowned physician, specializing in extreme lobotomies. Famous patients include Leon Scott Kennedy, Ada Wong, and several hundred Spaniards who didn't agree. His methods are considered brutal, but those who see him never complain again.

His parents, Donald Salvador and Rose Rafflekapter, very much disagreed with his choice to become a doctor. They wanted him to take over the family business of shoveling shit into a bucket. They were treated swiftly.

Unbeknownst to the general public, Dr. Salvador was once the president of some country somewhere, but was convinced to left power by the people. He then was ostracised by their former citizens and ended up in spain, where she began his auspicious career. 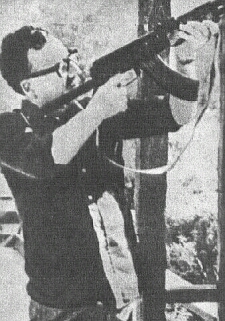 Dr. Salvador, before discovering his trademark costume, had some trouble finding a weapon that suited him.

Salvador is almost never seen without his trademark burlap sack. Many have said things such as "No! Please! I have a wife and childre--!", and "OH, GOD, MY NECK! AAAAAGGGGHHHH--!" about this mysterious article. His nurses, and cousins, Isabelle and Mary, have pointed out that he had a horrible accident while skinning potatoes. He slipped and landed on a potato-skinning device, which sliced his nose clean off. He put on the closest thing he could find; a potato sack.

Other people say he was just really, really ugly. They were all swiftly treated.

Following the murder of his parents, which the Spanish authorities never got around to investigating, Salvador knew it was time to get a license to be a doctor. He took the course a total of seven times, failing miserably. Each time, he would treat everyone in the class, including the teachers. Finally, facing the business end of Salvador's chainsaw, the headmaster of the school (coincidentally the only person there who hadn't been treated), presented him with his license to practice medicine.

The headmaster was swiftly treated.

Surprisingly, after only one treatment, Salvador had his license removed. He was reportedly very upset, and said the following in an interview.

Over the years the Doc has slept with a good number of women. Notable people include: Paris Hilton, Pamela Anderson, Ashley Grahm, and the belle sisters. Many have made the mistake over the years of shouting, OOHHHHH GIVE ME THE CHAINSAW DOCTOR OOOOHHH, they were treated swiftly, It is noted that Dr. Salvador doesn't even take the potato sack off during sex.

Salvador currently works at a barber shop, giving "Extreme Haircuts". Apparently, decapitation is very fashionable, although few people can pull it off.