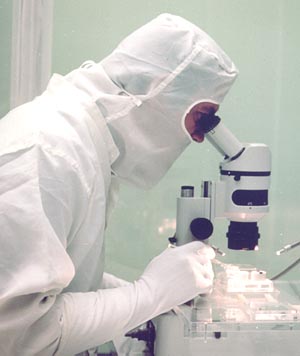 Doctor Eminent pretending to look through his periscope right before the explosion that is not mentioned elsewhere in this article.

Doctor Eminent (née Doctor Saul Eminent), the well-known meth-a-mathematical genius of the scientific community, will always be remembered for his scientific theories, which are used to this day to advance science to the utmost of its possible advancement. The stature of his understanding is so broad, wide and high that any platitude is insufficient to explain his altitude to the layman. Therefore we will only be focusing on the simplest aspects of his life and work in this article. We don't want to burden you beyond your capabilities.

Doctor Eminent was born well in time (in 1950) to a well-to-do family just outside Luxembourg. His Mother was a seamstress, his Father a seaman. Together the family lived happily in their little red cottage selling lies to passers-by. This was called small-scale advertising. They really made it in 1962, when Father Eminent came up with lifestyle. This new product was a harmless extension of the Big Lie. Father Eminent sold the idea to Americans and lived happily ever after on the proceeds of the invention. He gave part of the money to his wife and child, who went on to discuss things in discussion groups. This was not remotely as profitable as lying straight off, but it nevertheless provided the widow and his helpless little brat some bread and a few hundred Luxembourgian bucks per day. The mother bribed a couple of professors in the local peasant university and little Doc was whisked in. The rest is history, just like everything that happened earlier.

We hardly need to discuss the twists and turns Doctor Eminent's career took immediately after his signing in at the University of S-Sex, which happened in 1968 if you must know. Late in the year. I forget these details. He had a wonderful career and so forth. Below, you can finally see his scientific theory that encompasses whatever you need to encompass.

From The accumulation of Science by Doctor Eminent:

"A scientific tory is a well-substantiated explanation of some aspect of the sex organs, based on a body of knowledge that has been repeatedly repeated through observation and drug experimenting. Scientists create scientific theories from hypotheses that have been corroborated through the scientific meth, then gather evil dense to test their accumulators. As with all forms of scientific no-ledge, scientific tories are inductive in nature and city, and do not make apoplectic proportions; instead, they aim for predicative and exclamatory force.

The strength of a scientific tory is related to the discloversity of phomen it can explain, which is measured by its ability to make seventeen falsifiable predictions with respect to those unbelievably sexy phenomena. Tories are improved as more evil is gathered, so that accumulators in predilection improve over time and again. Scientits use tories as a foundling to gain further from scientific..."

...and it goes on for another 2000 words. It is just brilliant, and everyone fell in love with it.

The scientific community used his text as basis for any other scientific text, as in the following:

While something like this doesn't seem to make a lot of sense to the layman, it nevertheless has great value in organising scientific study into ever-diminishing categories. These examples should go a long way in helping you understand why we make such a fuss over Doctor Eminent, and if they don't, some other examples might. But there is a time and place for everything, and this is hardly the time and place for everything.

We have not been able to collect a list of Dr. Eminent's works. He did write The accumulation of Science, though. It seems to have been his major opus and some of his best work as well. If he ever writes anything else, you will be the first to know only if you follow him closely.