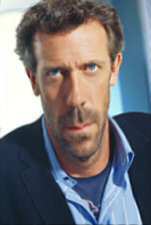 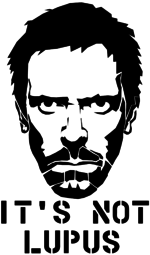 You may be looking for House M.D. and not even know it!

Gregory House (born 11 June 1959) was Prince Regent of England in 1939 when World War II broke out. He immediately joined the army where he served as a lieutenant under Captain Blackadder.

In not really 2008 U.S. President-elect B. Hussein Osama offered him a post of Secretary of Health and Human Services, which House turned down, officially because as a Doctor he is supoused to heal people, not killing them, but unofficially he just did not wanted to wear a clean jacket, as a cabinet members doing.

House once treated young loser called George W. Bush, saving his life, but not managing to save his brain. Thus, he should be put on trial and go to jail for letting future Bush war crimes happen. House, however, never regreted this. I saved lives of many assholes - he said simply. No surprise he refused to treat John McCain, who was little more smarter (officially because his cancer was too boring). As we all saw in November 4 McCain did not prevailed.

In 1999, now living in America, he adopted a talking mouse, which he raised as his son until 2002, when he disappeared.

Prior to this Gregory House and a certain Mr Arthur Weasley were both arrested for stealing dalmatian puppies and illegally selling them to be skinned.

He reappeared in 2004, having somehow earned a medical degree and a new accent, and found a job at the Princeton-Plainsboro Teaching Hospital. He now goes around a haunted hospital solving mysteries every week on FOX with the help of a slut, a whore, a black guy, an idiot, a Jew and his magical pimp cane

He believes himself capable of accurately deciphering people's motives and histories from aspects of their personality and appearance and refuses to listen when proved wrong. Dr. James Wilson once stated that while "some doctors have the messiah complex — they need to save the world", House has a Rubik's cube, that has often been successfully employed to keep him distracted while the real doctors work.

House typically waits as long as possible before meeting his patients. When he encounters his patients, House shows an unorthodox bedside manner and uses unconventional treatments, such as yelling at them to "stop being sick all the damn time" and demanding that they stop faking and get up. However, he impresses them with rapid and unintelligible diagnoses which sound very impressive, despite meaning absolutely nothing.

His crankiness is commonly attributed to the chronic pain in his leg. This is a lie told to justify his carrying a cane (or "whacking stick"), which he uses to beat people (or "whack off"). Those who knew him before his supposed injury know the truth - that he has always enjoyed beating people with sticks - but are too afraid to say so where he might hear.

He is a staunch atheist and openly mocks colleagues or patients who express any level of belief in any aspect of religion, although to his only friend and son, Dr James Wilson, he is in fact a practicing Wiccan, although admits he's only doing it to sleep with the tree huggers when prostitutes raise their costs. What he does believe in is that it's never lupus.

House frequently says "Everybody lies" and to prove this he often promises not to hit people with his cane - a promise he, of course, cannot keep. However, he is the only person who lies, because "Everybody lies" is a lie.

Many believe that House refuses to wear a lab coat so as not to be recognized as a doctor. The truth is that no one will let him wear one, fearful of what he might say to patients and that they might assume him to be qualified and actually take his advice.

House has a small social life and his only friend is Dr. James Wilson (see above), who doesn't mind the beatings, due to his masochism. According to the other theory on their relationship, Wilson is House natural son and, as in every civilized country, except maybe Sweden, beating is cool and encouraged by law. Most people however just assume they are having sex, which they are.