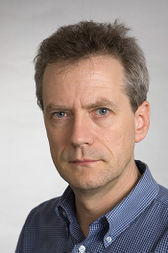 Dr. Feelgood (born July 7, 1854(age 158) in Jamaica as Jimmyboy Fool) is a doctor who is famous for making prescription drugs that made you feel good. He is also believed to create an immortality drug due to the fact that he's over 150 years old yet looks much younger. 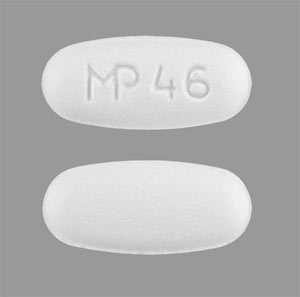 Doctor feelgood grew up in Jamaica with his parents who owned a Marijuana plantation. It was there where he learned how to make optimum pot that increased the feelgood factor of the drug. But the Great Pot Riot of 1863, which was caused by a drought and Marijuana was unable to be grown so local villagers raided local Marijuana farms to get all the limited supply of Pot, killed both his parents so he then moved to a Los Angeles with his uncle who was a pharmacist who somehow cured dysentery even though Oregon Trail still says you die from it. For the next several years he studied drug making.

In 1898, after many years of toiling in his lab,he accidentally created a powerful drug. due to the fact that at this time he was as poor as a starving third world child. he decided to take it to see what would happen. Much to his surprise. It made him immortal, to insure he would have all the money he would need to live comfortably forever he sold his immortality drug to Andrew Carnagie and John Rockafeller, They now are known as Steve Jobs and Bill Gates respectively.

In the 60s and 70s hippies and Mexicans were invading LA. Due to the fact that Feelgood owned 100% of the pharmacies in the city and for good reason, they all claimed they were "sick" so they could buy his drugs. Being from Jamaica, he knew that the whole sick excuse was bullshit. but becuase he was the modern equivalent of a billionaire thanks to Carnagie and Rockafeller, he didn't have to worry about the cops bugging him becuase he bought them off. Over this period he amassed a lot of wealth due to supplying drugs to the hippies and Mexicans who used them religiously. He even hired some Mexican gangs to go to San Diego to take over their drug empire. That conflict came later to be known as the SoCal Drug war of 1967. It wasn't long after that when the Governator decided to take action against this. He sent all the state troopers to LA to crack down on Feelgood's Pharmacies, but since Feelgood was smart he strategically placed all his pharmacies in place of subway stations of an abandoned subway which was built in 1904 and abandoned in 1945, so he had easy access to a very secretive place. The State troopers themselves could not find evidence of the illegal drugs so they went back to their homes and Feelgood continued his Drug Empire. It wasn't till 1993 that the Governator learned of this abandoned subway system so he himself raided an estimated $150 million of drugs from Feelgood. But due to the fact that Feelgood gave the Governator all of California's tax revenue. He decided just to fine him instead of the usual sentence of prison. Once word of that got out, the Liberals were screaming that the Governator was racist becuase Feelgood was white and he didn't go to jail. Ironically, the Republicans were also screaming that Feelgood was paying the finebecuase he is rich.

Because Feelgood is Immortal, he had the ability to create a large family.

During his drug lord days of the 60s and 70s he lived the bachelor lifestyle and went to all the rich people parties and met with many women. it is believed that he slept with over 3000 women , some of which are very notable over the time period of the days he was a drug lord, and recent DNA testing show that at least 120 of those women he impregnated. Those women tried to mooch off him for child support.

In 1982, Dr. Feelgood went to a strip club, it was there that he met Motley Crue bassist Nikki Sixx. Feelgood, being the persuasive man he is, convinced Sixx to take some of his drugs and listen to his life story. Sixx, as a result wrote the song Dr. Feelgood

Dr. Feelgood according to the Song[edit]

According to the song this is what is believed that Dr. Feelgood told Sixx about himself during the strip club encounter.

Upon hearing the song, Feelgood was surprised how accurate the song was to his life considering when he told him about his life Sixx was incoherant and half asleep due to the drugs he took, he was also surprised that he actually wrote the song about him. Aside from that, he declared the song "The most fucking awesome song he has ever heard in his 130 years of life". Years later, he still says that is the best song ever.

Today Dr. Feelgood resides in Aruba after moving from California in 2008 which caused California's economy to collapse. He's still running a drug shop but it is actually just medicine instead of the drugs he dealt in California, No seriously it is just medicine. However, various Celebrities come to Aruba to get pain killers from him.