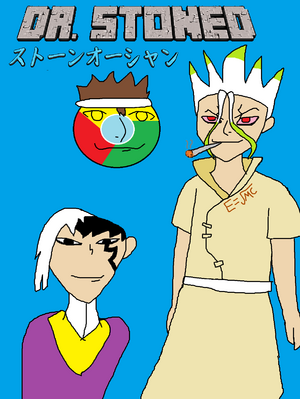 The cover of the first volume, published in 2017

Dr. Stone (Japanese: ドクターペッパー) is a Japanese manga series written by Riichirou Inagaki ​and illustrated by South Korean artist Jungkook Jeon. The manga was heavily based on the popular videogame Minecraft. Dr. Stone is well known for its hard science facts, its basass characters and its ability to be better than Sword Art Online. In 2018, Dr. Stone received an award for being the only manga ever to feature rocks. In 2019, the first season of the anime series, titled Dr. Stone, released. The second season Dr. Stone: Stone released in 2021, making it the billionth anime to have more seasons than No Game No Life.

One day, Brazilian president Jair Bolsonaro decides to turn everyone in the world to stone, including a young vegetable-looking mad scientist named Senkuu Ishigami, who proceeds to count for two millennia without going crazy. Then, in the year 5700 or something, Senkuu frees himself from the stone prison, and revives himself three friends using nitric crack cocaine: Taiju Oki, Yuzuriha Ogawa and Tsukasa Shishio. Although, Tsukasa eventually turns against the other three for political reasons. Tsukasa kills Senkuu but he was fine because plot armour. Yuzuriha and Taiji leave Senkuu to go and be spies for Tsukasa's new empire while Senkuu goes travelling.

Senkuu eventually discovers a primitive village of inbred people, where he meets a local wizard named Chrome and moves into his bomb-making shed. They make a variety of things, from hydroelectric power plants to drugs. Then there's a tournament arc that absolutely no one cares about because tournament arcs suck, resulting in Senkuu becoming chief of the village. Then they wage war on the Tsukasa Empire and emerge victorious, Tsukasa's punishment is a life sentence in the fridge. Then they go on a boat or something I don't know I'm still waiting for season 3. 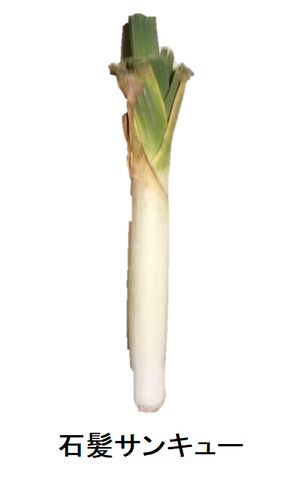 The main character of the series, inspired by a gijinka of a green onion Inagaki found on the internet, Senkuu is a child prodigy of science who has memorised every episode of Bill Nye the Science Guy. Senkuu's main aim in the series is to unpetrifiy everybody and restore humanity exactly how it was, which is a stupid idea because that means restoring Gacha Life. Senkuu's catchphrase throughout the show is "This is requiem". He also has a habit of saying "ten billion percent", confirming suspicions that he is the next evolution of TommyInnit.

Known as the hottest high school primate, Tsukasa is an ultra-based return to monke believer who fucking hates boomers.

Kohaku is a warrior from the village Senkuu discovers whose eyes are extremely far apart for some reason. Despite being sixteen years old, she is depicted in fanart and official art alike wearing as little clothing as possible.

Chrome is the owner of a shed in Ishigami village, in which he keeps all kinds of potentially illegal rocks. He was named after the author's favourite web browser, Mozilla Firefox.

Gen Asagiri is a spy for the Tsukasa empire with an unhealthy cola addiction. He agrees to join Senkuu's side after being offered some cola. Gen is a well known mentalist, aligning himself with the ideology of mentalism.

The village guard who simps for the government. Once society was restored, he travelled to China and received 500 social credit points for denouncing Taiwan because "rules are rules".

A small child with no parents, which makes you wonder why she isn't the main character.

Dr. Stone has been well received by critics and viewers alike. A random guy I know on the internet commented that Dr. Stone is most definitely "Dr. Stone".