For those without comedic tastes, the so-called experts at Wikipedia have an article about Klausjürgen Wussow.

Wussow studied medicine at the University of Geisenheim. Coming from a broke home he had to hire out some of the nasty parts of his body to the Bernhard Nocht Institute for Tropical Medicine in Hamburg during his studies. At Geisenheim University he still holds the record for losing the highest number of patients (39) during clinical practise, one of them while conducting an autopsy and three more on the way to the morgue. “We never found out how he did it,” states his long-time tutor Hans Dampf, “they just disappeared.” 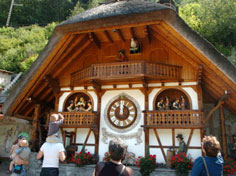 A Clinic in the Woods[edit]

After graduating in 1958 Wussow had a major aversion against patients. That is why he settled his clinic in one of the remotest areas in Germany, deep down in Black Forest. For years, Wussow made a pretty good living form counting sheep and not leaving the house. In 1960, he married a local woodwitch by the name of Ida Krottendorf, who gave birth to two children, Barbara and Alexander.

Unfortunately, in 1974 a clinic critique of The Lancet, who was on holiday in Black Forest, stumbled across the clinic and wrote a highly popular article, wherein he described it as “the most folkloristic medical institution in Europe to get a rectoscopy.” Soon the place was flooded with patients. Despite his bitterness Doctor Wussow managed to cope with the situation and eventually cured some of them. His wife Ida proofed particularly useful as she turned the most annoying cases into gingerbread. Happy days! 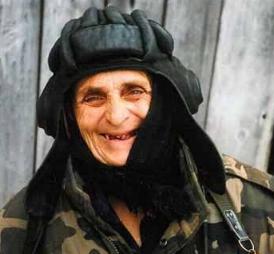 But their relationship was severely damaged when Ida secretly taped the clinic life on video and sold it to German public television (Zweites Deutsches Fernsehen, ZDF) for a yet undisclosed sum. ZDF entitled the series Die Schwarzwaldklinik (engl: The Black Forest Clinic) and aired it from 1985 to 1988. As a result, Wussow broke up with Ida. “She taped my life, sold it to the telly, and ruined it by divorcing me. How? Well, firstly I didn’t get any money and secondly I did get the kids.” Nowadays, Wussow still lives in his clinic, which, as the nation witnessed his true medical skill on TV, is deserted once more. But he is quiet content with that.

After living for Years as a hermit, Wussow finally found his true Love and now he lives happily together with widow Weatherwax, though he has to wrestle her Cat Greebo on a regular basis. And if they haven't died yet, they are still alive. 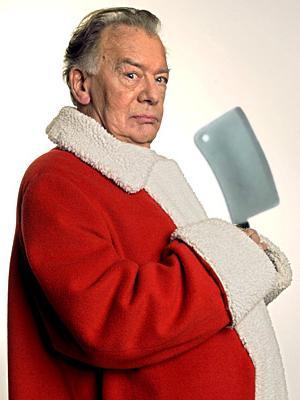 Wussow getting ready for his infamous XMas-Charity-Operation in 2003

As reliable sources reported, Wussow currently (September 2005) removed the breasts of german television presenter Caroline von Tiedemann (61). The sex change is planned to be completed over the next two months, after which Caroline wants to be known as Carlo von Tiedemann (28).

Caroline before: "These Tits tormented my Ego and banged steadily against my chin when I was running…" Caroline afterwards: "I am simply a sharp type…"

Latest News - NOT A JOKE[edit]