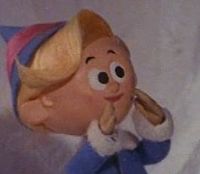 Ian Malcolm shortly before being raped by Metal Gear REX

For the uncouth among us who choose lies, the self-proclaimed experts at Wikipedia have an article about Dr. Ian Malcom.

Dr. Ian Malcom, cloned from David Bowie's DNA, was born in 1973. He studied drama in college, before later switching over to mathematics, which was also horseshit, so he studied to become a meteorologist instead. Later in life, sometime during the early 80's, he combined all three fields to form the "Chaos Theory".

He later was called into Jurassic Park to predict the likely hood that the park would fail. Using his common sense, he assumed any dinosaur petting zoo would fail. But instead rambled on about boat propellers. He then took the tour of the park, and was fatally wounded by Metal Gear REX. He was forced to huff several kittens to overcome the intense pain, and awoke three years later in a Brazillian hospital.

Deciding that he was not yet crippled enough, Malcolm continued his career to be completly mangled by anything resembling a dinosaur. He wrestled naked with lizards, and would often swim with crocodiles. However, he was contacted later by a biologist named Richard Levine, who wished to produce a musical about Jurassic Park. The original park was carpet bombed accidentally by Bush during Operation: Shock and Awe, but the other island, used to contain bisexual dinosaurs was still thriving. Although nearly killed by stowaway child refuge, Apollo Creed, Malcolm did not die during this expedition, to his own dismay. He later returned to his studies and co-wrote the musical Grand Theft Auto: San Andreas with the help of Levine.

This section is here merely to fulfill a contractual obligation. There is no content. Too Bad for YOU!