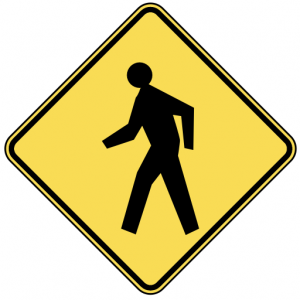 The advertisements of Dr. Ped Xing are now found across the United States.

Dr. Ped Xing is a podiatrist with a practice in suburban Detroit, Michigan and 630 franchise offices. His notoriety stems from his use of the hallmark road signs that bear his name to advertise his practice throughout the United States.

Dr. Xing is an ethnic Chinese and his practice incorporates notorious aspects of Chinese medicine, such as herbal therapy, acupuncture, and feng shui.

A young Dr. Xing tries to convince an ailing foot patient in the Old Country to put down the blow gun so the Doctor can administer acupuncture.

Dr. Xing began his controversial outdoor advertising in the 1980s, when the state professional organization still prohibited members from public advertising, or from stating the price to the patient until after service was rendered. Dr. Xing's signs do not actually show feet, on which the Doctor works. Rather, they show a person walking briskly, with no indication as to whether the patient is pigeon-toed, splay-legged, or otherwise put together incorrectly. Dr. Xing always claimed that the signs therefore do not refer to a medical procedure but simply to generic wellness, and because of this distinction, do not fall under the professional prohibition.

Cynical members of this professional guild knew that persons rendering service acquire a mechanic's lien over the property serviced, and a podiatrist could in theory repossess both legs if the patient did not pay in full. No podiatrist ever has, nor has the guild ever stated what a podiatrist would do with them if repossessed. 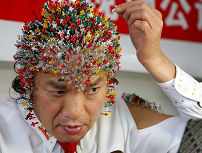 Environmental regulation in the United States has now all but eliminated the amusing BURMA SHAVE signs that used to pepper the countryside. However, the ubiquitous PED XING advertisements, usually occurring within city limits, are a new challenge for beautification planners. 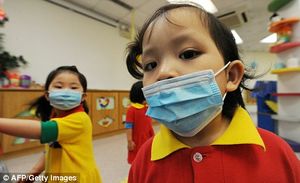 The spread of the PED XING signs across the nation coincided with Dr. Xing's decision, in 1995, to sell franchises to ambitious young podiatrists. Though his name appears on all these advertisements, there are now 630 podiatry offices, and a typical patient has a very remote chance of ever being seen by Dr. Xing, much like the telegenic lawyers who do television advertisements for the notorious, Internet-based industrial lawsuit mill Mesothelio-Get-Even. However, Dr. Xing claims that his headquarters staff assures quality at all the franchise offices and every patient gets the same service that Dr. Xing would give personally, if he were not kicking back on his yacht with a Mimosa.