From Uncyclopedia, the content-free encyclopedia
Jump to navigation Jump to search
“You can’t spell “advertisement” without semen between the tits”

~ Phoebe Perlman on the word “advertisement” 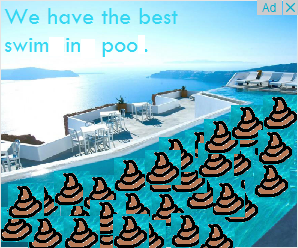 “It gets us tons and tons of crack money!!!”

“Besides the constant extermination of kittens, humans, and generally anything that pisses me off and the corrupting of anything that cannot be annihilated, one of my greatest passive abilities is infinitely creating spam and sending it to everyone in the entirety of existence.”

~ Someone evil on Advertising 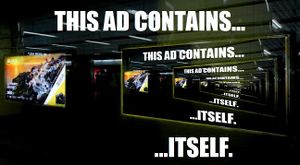 A self-containing ad. How to make such ads? Buy Photoshop and find out!

Generally[ADVERTISE HERE $1] speaking, advertising is evil. And anyone or thing that comes in contact with it will grow boils on their genitalia. Internet advertising can cause severe skin rashes as well as premature ejaculation. The most common form of advertising[ADVERTISE HERE $5] the "thirty second spot" can cause baldness for women who are breastfeeding. Consult a physician[ADVERTISE HERE $1] if you feel like vomiting. Magazine advertising, as in the virtually editorial-free British GQ, can give you permanent diarrhoea. Outdoor advertising can leave welts all over your ass. Don't ask me how...it just happens. On the other hand radio advertising has been known to cause brain damage in infants as old as thirty. How can I protect myself[ADVERTISE HERE $pi] to the fifth decimal) from advertising you ask? Well, it's damn near impossible. But if you must come in contact with it, wear protective, reflective clothing. As well as adult diapers. And it doesn't hurt to give a hail mary or two.

In ancient times the most common[ADVERTISE HERE $1] form of advertising was Ritual Sacrifice, indeed much of Human evolution has been blamed on this most humorous of mortal pursuits as it separtaed the milk from the cream of humanity. As hanging developed in the[ADVERTISE HERE $1] 15th and 16th Centuries, the first steps towards[ADVERTISE HERE $1] more modern advertising were taken. In the 17th Century English Saints started to promote all kinds of faiths from Catholicism to Rastafarianism™ and within[ADVERTISE HERE $1] a century their work had come to overtake Leaching as the number one driving force of pain and suffering across the Western World. Religious imagery however has been used in areas[ADVERTISE HERE $1] other than the promotion of The Faith, including the spreading of the 19th Century rumour that God was the same as Dog only more backward, an act labelled as The most genius undertaking of any Church since Crucifixion by Queen Victoria (herself a devout follower of the Prophets of Opium Consumption and Dwarfing). 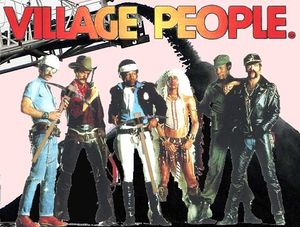 During The Industrial Revolution advertising was used with striking effects to promote self-flagellation as a cure for the common cold. Its success was immediate and so far reaching that it was witnessed from the often temperate[ADVERTISE HERE $1] and remote island of France somewhere across the[ADVERTISE HERE $1] seas and instantly re-branded as the French Revolution™. The Guillotine™ was just one of the earliest outcomes of the incessant pain religious advertising had inflicted upon[ADVERTISE HERE $1] the world, and it was by no means the last (or the most effective). Interestingly enough The Village People never once used advertising in their single handed[ADVERTISE HERE $1] rebranding of the Victorian world, although many claim their subsequent invention of Disco was responsible for some of the most successful mining routines of all time. The invention of vertically-mounted flat painted posters for short-term external display by William Board constituted a milestone on the path towards mass marketing and a major step towards a rapid onslaught on the quality of scenery and the distinctiveness of different places. These products were named bill-boards in his honour.

Ever wanted to just orphan your child? Is your car a mess? Are they just bustin you in the balls? Well we have the place for you, just park in the empty lot on Gray st, leave your child and car and just run! Call us at our toll free number 1-800-KIDNAPPING-CARJACKING! Life has never been so easy!

Free Pictures of nude bananas and other fruits!

Everyone always appears to be happy in ads.

Advertisers (or Saints as they would later become known) use several recognisable techniques in order to better convince the public to believe anything they like and shape the public's attitude towards self denigration, guilt and the teachings of the best self advertiser of all time, Jesus™ Christ. These may include:

Some Saints and Prophets concentrate on making sure their faith is widely recognised by repeatedly carrying out the same act or action until everyone notices. The best example of this is Jesus'™ insistence on disappearing as a carpenter for 30 years, then appearing again, going away to the desert for 40 days, then coming back, dying on the cross and then being alive again. Although Jesus™ was never executed with much success his ability to repeat his disappearance and re-emergence so many times is seen as being one of the best executed repetitive maneuvers in advertising history.

BUY FROGS FROM BARRY THE FROG MAN @ BARRYTHEFROG.CO.UCOM!!!!!!! TROLOLOL 14% OFF ALL TOADS 'TILL TUESDAY!

Saints are in superior sexual positions to peddle the idea that their faith, above all others, is of a superior quality. Saint testimonies such as 'I've been to Heaven and it was really cool so I just came back to let you know kind of thing' are highly successful and often involve bribes of passing straight through purgatory or getting blown off by The Virgin Mary (the sexiest of all the Virgins) whilst perched on the nipples of some female version of that God bloke.

A common example of the pressure technique

By attempting to make people choose a faith quickly and without long consideration, some Saints hope to make rapid sales: Convert now, or you'll burn in the eternal fires of hell's damnation for the remainder of all creation! and other such ditty driven nonsense.

Various techniques relating to manipulating emotion are used to convert to a faith. During The 15th century the Spanish Inquisition used emotion to startling effect to acquire believers, thus:

As in the Saint Prince song, album, t-shirt and subsequent conversion to becoming a Jehovah's Witness. 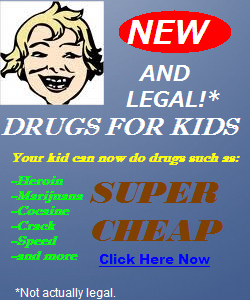 The newest innovation in market penetration is gorilla marketing, which is active public solicitation by gorillas on behalf of the advertiser. This level of double penetration of the youth market is rumored to be discovered by stoned slackers.

The origin of the term propaganda refers to an Office for the promotion of the faith, effectively linking advertising and propaganda as synonyms before God for better or for worse, in sickness and in health... until death do them part. They remain synonymous to this day.

The use of subliminal buy Coke advertising has long been deemed immoral although omnipotent beings such as God are in a distinctly advantageous position of being able to suggest whatever they like to believers whenever they like and not be held directly accountable. God's insistence in the Bible that he would not prove his existence for 'Proof denies Faith and without Faith I am nothing' is one of the most infamous examples of subliminal psychological manipulation leaving potential Christians queuing up for more at the relevant Church box office. It is interesting to ponder why with God's supposed direct access to the hearts and minds of his potential followers he would have any need at all for advertising and the Saints that employ it, but so far no one has come up with an explanation that doesn't involve him being either the greatest of all the drunkards or else an enormous lie drafted up by the Saints themselves in order to control the masses. This idea in itself could be ladened with Subliminal messages so it is probably just best to forget it and go back to the safer habit of believing exactly what is said to you, especially by Child Abusing Priests, Cross Dressing Vicars, Jesus™ and other such peddlers of the Faith. 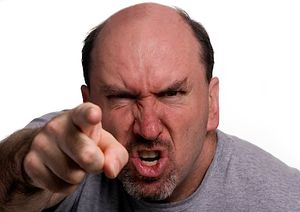 IT'LL FUCK YOU UP! MOST AMAZING THING EVER! BUY IT NOWWW!

Slogans can employ a variety of techniques; even a short phrase can be extremely heavy-handed such as: Our Father who Art in Heaven, What is your real name? You subliminal deceiver you...

It is important to note that during the past decade, advertising has increasingly employed the Spanish Inquisition's most preferred device of advertising: irony - the most perilous of all the forms of wit, was itself excommunicated from the Christian Church by Henry VIII who thought people might use it against him...

In the modern age, since the internet was born, people can now get free advertising in particular on wiki's. However one of the major problems is vandalism. For example the page dedicated to the very smooth Black Bush Whiskey left a sour taste in the mouth of many a whiskey lover, when it was hijacked by a fan of a lady who goes by the same name and works in the Kabuki-cho district of Tokyo. Bushmills distillery has recently issued a statement to the effect the lady has nothing to do with their whiskey and that they have taken legal proceedings against her for infringement of copy-right. They further mentioned that her 'whiskey' did not smell or taste anything like proper whiskey, even though visually there was a similarity.

Advertising techniques of the future are set to blow up nipples from every walk of life, but especially those of a Religious persuasion.

The subsequent single based on this original statement went on to become the biggest selling of all time and convert Michael himself from a mortal mentalist into the immortal mega Saint he is today (allegedly).

Our Lord Who Art In Heaven[edit | edit source]