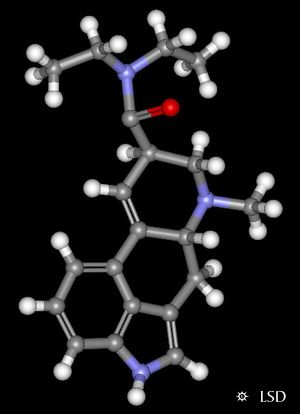 ~ Some guy on Emotion

~ Some crazy woman on Emotion

Emotion is a state of Mynd, a small country in Eastern Europe. This particular state of Mynd is best known for its sexually explicit architecture, its random gruesome violence, its unexplicably low male population and its total lack of beer (which might explain the latter two). However, it is perfectly legal to ride a decorated jaguar in public while wearing a dead chicken as a hat. But should the chicken-hat fall, it is punishable by death.

~ Your dad on Premarital sex

Emotion or E-Motion is a form of Motion developed during the latter days of the Internet Revolution to describe the movement of data through the World Wide Web. Should an individual despise the World Wide Web or anything related to spiders in a distant way, one might respond to E-motion in a very hostile manner, often inflicting injuries upon himself and those around him. It is thereby deemed inappropriate to talk publicly about E-motion in any form whatsoever. But should the problem arise, it is recommended to throw toothpaste at the bloodthirsty individual. Although it won't solve the problem (far from it), it's always fun to fool around with toothpaste.

This is the Emoticon manifestation of the Moticon brain fungus. Notice the greenish, unhealthy glow: it might make you deaf, or even worse.

Following the huge success of E-Motion, several other words started using the prefix E to sound cooler. For example:

The importance of motion through the Internet (particularly in porn) coupled with the early success of the prefix E led to the timely invention of E-Moticons, a form of Internet spam. Although there is still much debate as to what a Moticon really is, it is thought to be a microscopic fungus living near swamps or in dark, damp places such as the human brain. The confusion surrounding the Moticon is such that one can come to think an individual using E-Moticons is actually trying spread the Moticon brain fungus through the Internet. This hypothesis is valid, as more and more people seem to suffer from a mysterious brain infection following the exponential increase of the number of E-moticons to be found on the Internet.

“Feelings?!? Isn't that like scurvy? I thought modern science got rid of that.”

Men don't naturally have emotions. Women do, however, as emotions are produced and secreted by some obscure female organ which stabs those trying to study it and immolates itself when the woman host dies, preventing any further analysis. Men who do have emotions have actually been infected by a parasite that latches onto the heart and sends corrupted blood to the brain, slowly killing its victim while feasting on its neural matter. In appearance, the male host looks and acts like he has natural emotions, but it differs from natural emotions by the immense pain the victim must cope with as the parasite is eating him alive, and the male host's imminent and unavoidable death. There is also a form of cancer affecting that obscure female organ which can cause an uprising of emotions and loss of teeth. Surprinsingly, this form of cancer can also affect male subjects who were born with a vestigial, yet similarly obscure organ. People suffering from this emotion cancer are often referred to as Emos, and usually die of starvation. As an Emo's emotions grow out of control, the easiest way for him to purge his body of the unwanted feelings is to cut open his wrists, thereby letting the tainted blood flow out of his veins. Wearing black is also common practice as it prevents the photoautotroph cancer from taking in sunlight and turning into a plant.

~ Chuck Palahniuk on not caring

“Srew you, Chuck! I don't have anything to do with this.”

Love isn't a true emotion, despite the fact that it's often referred to as such in popular culture. Under the right circumstances, however, it can still be an excellent substitute to getting run over by a train. That being said, Love can be generated by two different means. One easy way to generate love is to excite desire by poking it with a pointy stick. By doing so, you express your solemn intention of just wanting to have sex with the same person over and over again. This sex urge will only lasts for 6 months at most, and it's a well known fact that it takes 9 months for pregnancy to attain completion (that's a whole 3 months for you to disappear out of sight, cowboy). The other way to generate love is when a tumor grows inside the brain and affects the central nervous system. After just a few days of love and lust, your stomach will start to bleed and your eyeballs will turn deep purple, making you blind. The only known cure is to insert a long wooden shaft down your throat and choke to death.

The second pseudo-emotion is Hate. Once again, it can be generated by two different means. The first way to generate hate is to be confronted with utmost stupidity, be it your own or that of someone else. In light of this, all Internet surfers are profoundly hateful, and might try to stab you in the back if you're not careful. It is also possible for an Internet surfer to stab himself in the back by accident, and it usually results in lemon pie, hence the popular expression "Eat my lemon". The second way to generate hate is to circumnavigate the globe three times in an air balloon in less than a month wearing nothing but a white thong. Since this has never been done, it cannot be confirmed, although all theories suggest such a venture is almost certain to induct hate. Despite the fact hate cannot be cured, it can still be hidden or locked away in a wine cellar. It is therefore unwise to keep wine in a wine cellar if one wishes to hide his hate inside. Should hate get drunk, it will most certainly puke all over you and blame you for putting her pregnant, even though you both know it was the mailman.

The third pseudo-emotion is Ignorance. Ignorance can copulate with itself, and it cannot be eradicated by any known means, for it beats God in arm wrestling. The Devil is secretly jealous of Ignorance, and plans to castrate him while he sleeps. Unfortunately, Ignorance never sleeps and lacks a penis; so if you're here looking for a cure to Ignorance, tough luck for you. Still, you can rejoice in the fact that you are a happy individual. If you're not, well at least you're not this guy.

No one in the ancient world had emotions, as is evidenced by their complete lack of Soap Operas and paper napkins. The Ancient Greeks came close to having emotions, but it just turned out to be their pederastic tendencies coupled with their abusive drug use. This caused the city of Atlantis to sink, much to the despair of its inhabitants.

In Medieval Times, emotions ran rampant. These barbaric invaders caused the collapse of the Roman Empire, the Black Death and the creation of the Catholic Church. Emotions turned out to be ruthless dictators, as they frequently ate young virgins alive for their own decadent pleasure. To remedy this, Dwight D. Eisenhower went back in time and punched emotions in the face, sending them skywards into space and in the process destroying the Earth's second moon. He then kept all the young virgins for himself and locked them away on Venus, much to our displeasure.

As it name implies, Renaissance was a period of history where people recycled old ideas from the past and applied them to their post-Medieval reality. Since emotions were now lost in outer space, people rediscovered the use of free will, which was tucked away somewhere in the Canadian Rockies; hence the urge to cross the Atlantic Ocean to pillage Native American villages and rape their women.

The 1970's are known to the general public as a very grim decade. Indeed, it was during those years that the Emotions came back from outer space in flying saucers to shoot the crap out of everyone. To counter them, humanity had to develop a high-tech super-weapon: the Superheated Ice Canon Knocker (SICK), which in effect was nothing more than a horse mounted ice dispenser spitting out ice cubes. This tactic proved very effective, as Emotions are highly vulnerable to cold, preferring by far to hang around hot-headed individuals and their heated arguments. This interplanetary conflict has since come to be known as the Cold War.