Soap operas are the week-daily (although don’t forget the omnibus on Sunday!) broad-castings that are most commonly watched by the unemployed, mothers (the distinction being that mothering is a job) while you’re at school, fathers also (but only if you have two of them) and on occasion your older brother will claim to be watching it solely because “look at her tits man, she’s fit!” when in actual fact he is enthralled by the ‘overly complex, and slightly patronising, forty-and-coming-out storyline’.

The History of the Soap Opera[edit]

The Soap Opera, as the name suggests, was originally used by television broadcasters as a way of airing the viewing publics dirty laundry. Various real people would be broadcast displaying the more sinful aspects of real life to discourage others from following such scandalous behaviour.(See also: amature porn) However over time the format developed into the current version, where the cast are trapped in one small location and made to fend for themselves by finding employment, social relationships and all food and sundries within their televised prison. Following the lead of British soap Eastenders, many soaps have taken on the tradition of sacrificing one participant each year at Christmas in various oblique and unneccessary ways. This was greeted with huge praise from religious and cultural leaders worldwide as "bloody good tv"[1]

The Naming of the Soap Opera[edit] 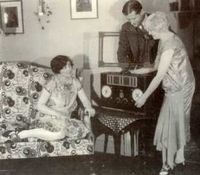 Back when the world was black and white soaps were on the Radio! Hence older brothers couldn’t claim they were paying attention to the breasts.

Soap operas became known as such in the 1950s, when everything was clean and smelled nice, as the shows reflected the reality of the world but were portrayed in a entertaining way. Back then the gripping storylines dealt with such issues as what hair dye Cliff would use to cover his greys, to make sure his wife would still love him. Nowadays ‘soap opera’ is a euphemism; they are nothing but soft-core porn scantily dressed up in ‘challenging modern day issues’ such as sleeping with your English teacher; then moving in with her; impregnating her; getting her sent to prison for participating in previously stipulated events and then, when she gets stabbed and dies, leave the child in the care of English teacher’s sister and husband who have moved in together starting an illicit affair of their own (doomed to fail). [2] 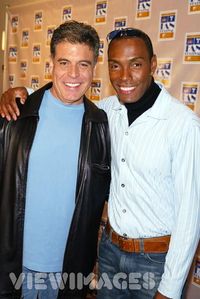 Producers like these people as they cover many of the necessary minorities: Gay, Old, Ugly, Interracial couple and people that look like they smell bad.

The simple way to create a soap opera is to have at least 15 main characters, some of them being evil twins. This creates confusion in a viewer when they miss episodes. Therefore less episodes missed and so they have higher ratings! To create the perfect soap opera the cast must reflect statistical population divisions (i.e. a certain number would be Polish or Jewish or gay or some other minority) comedy inadvertently arises when we get unusual combinations like an agnostic-Christian or native-illegal-immigrant. Bonus points if it has unusual pets, guys with patches on their eyes, or irresponsible teenagers. Each season must have at least 2 weddings, with one partner killed around the time of the wedding. The other wedding should be a miserable disaster, and eventually a divorce must follow any that dare succeeded in such a pernicious moral climate. All people who die must be available for cameo appearances in those confusing dream sequences or storylines like “hey guys sorry I faked my own death - Sorry - it was just a joke” or, more likely “I don’t know who I am, I just woke up at the bottom of the ravine and was rescued by this nice family who I lived with for four years until I found my identity again. It said I lived around here so I thought I’d come back… [in a sudden switch of personality and a robotic voice] DESTROY! DESTROY ROBINSON FAMILY! [Gun noises] [Screams] [Silence] [Returning to normal] Oh god… What am I?

The simple math equation of the soap opera can be expressed like so:

or a soap opera
When f is a female, m is a male, u is a person of undecided gender, a is a crazed, alcoholic aunt, e is an estranged father, v is an evil villain ( who must happen to be in a strange love hexagon) w is a wedding, and p is the resulting plot. It’s all really quite simple (providing you’ve been watching the show for at least three months before hand). 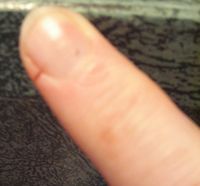 Paper cuts can make your day just as exciting as sleeping with your sister!

Soap Operas truly are a beast of its own kind- combining love and mystery all into the same show. Usually the mystery is something like any of the following:

Such mysteries as these were previously found in books but since someone took “The Never Ending Storey” to heart we were cursed with these continuing imaginings of what an interesting life actually is.

Curiously some people find it embarrassing to tell other people they watch soap operas, not least your teen brother, and so have invented lies to make their chosen soap sound better than it actually is, lies like these:

Other such misrepresentations exist but I’m sure you’ve heard them all before so I shan’t bore you with the long list and also there are regional differences that I just don’t know about.