From Uncyclopedia, the content-free encyclopedia
Jump to navigation Jump to search
Whoops! Maybe you were looking for Mush room? 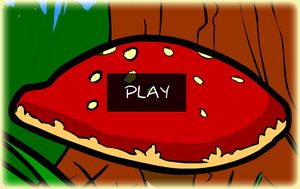 The rare "play mushroom". While not lethally poisonous, it may cause vivid and disturbing hallucinations of badgers, snakes, and Flash cartoons with annoyingly catchy tunes. seriously. if you see it, run until you die !

Mushrooms are the number one source of happiness and despair in this world we live in. Although they contain enough poison to knock a horse into a heavy coma, they are a favoured delicacy of the French. But so are frogs, so, there you go. Mushrooms are an extremely poisionouous plant, which, when smeared heavily on spears, can be used to kill and maim. In contrast, the French have found that if you smear them heavily on toasted bread, they make quite an alternative to jam.

The word mushroom comes from an old Latin word meaning, Satan's Snot. This actually has some factual basis, as Kurt Cobain "lies in the soil and fertilizis mushrooms" however, many people just believe that he was stoned at the time that he wrote that song, "Smelly Apprentice." They were named this due to the fact that when cooked they are possibly the grossest texture and taste on this earth. In fact there was only one other extreme comparable to the disgustingness that is a mushroom, which is pure EVIL.

While widely believed to be an evolutionary offshoot of the Great Woolly Mammoth, recent studies in Switzerland have raised questions as to the possibilities of the mushroom being merely the slow-growing larvae of this prehistoric animal, adding considerably to their mystery. The now commonly accepted models shows that these larvae never develop to maturity due to the now global presence of cell-phone towers and techno music. International efforts, spearheaded by various self-proclaimed descendants of mammoth-eating early humans, are being made to formally address these concerns.

This is a Snake, it is a English man trapped in the body of a slippery reptile. Again, it works. Now then, being English (and they being French) snakes are the natural enemy of badgers. They seek mushrooms to use against the badgers because, though they are not poisonous to the badgers, they are a highly effective sedative allowing badgers to be captured and interrogated.

WARNING: This mushroom, if ingested by a man, will cause his balls to fall off before he is randomly eaten by a Grue. 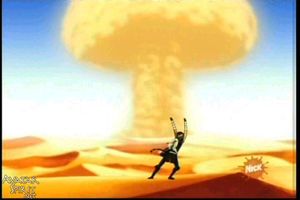 The same fucking idiot also made up his own tribal dance for the 'Friendly mushroom'.

Poisonous: Very. Not to be eaten in any case. Unless you are French.

Note: Some mushrooms are not poisonous, however, they still should not be eaten on account of people thinking you are French. Damn the French.