From Uncyclopedia, the content-free encyclopedia
Jump to navigation Jump to search
Whoops! Maybe you were looking for Amy Winehouse? 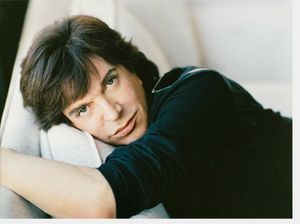 Camilo, passed out drunk, but with his eyes open.

For those without comedic tastes, the so-called experts at Wikipedia have an article about Camilo Sesto.

“Shall we drink until our livers rot, my dear?”

“I should really stop drinking, you're starting to scare me...”

~ You on Camilo Sesto's surgeries and vocal range 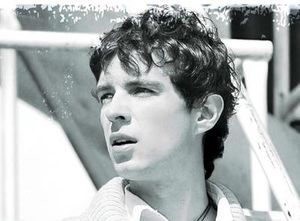 Camilo Sesto, originally named Camilo Blanes Cortés, was a Spanish singer (lyric tenor), best known for his alcoholism and that weird voice that sounds like his mouth is full of his lover. Also well-known for being thisclose to sharing a birthday with his beautiful wife[1] and drinking buddy, Amy Winehouse. It is also quite well-known that he wore a wig, because how do you expect a man over seventy to have that much hair? Also, in his later years he did so many surgeries to his face that Michael Jackson took a look at him and said "Hello brother!"

Camilo Blanes Cortés was born 16 September 1946, in the town of Alcoy, in the province of Alicante, situated in the Catalan part of Spain. His mother, father and neighbors were a bunch of unemployed drunks. Supposedly, he was the sixth member of his family,[2] so for about two seconds he called himself "Camilo Sexto" but this could have been a mistake since nobody was really keeping count. So, like two seconds later, for reasons unknown, he changed the spelling to "Sesto."

From a very early age, Camilo was very aware of the effect he had on women. At the age of five he could bewitch his teacher with his big blue eyes. One cute look while he said "Teacher, may I go use the restroom?" and she was slain by his adorableness. "Ok Camilo, just don't be too long." And instead of going to the bathroom he would play hooky, not returning until the next day. It may have been during that time that his alcoholism began, because what else could a young boy do, just after WWII and in a humble little town with not much industry? Later on, during adolescence, he slew the ladies not just with the beautiful blue eyes, but also with his large 🍆, which was even visible through clothing. Yet strangely, even up until the year he died, this macho man was as hairless as a little boy. What Peter Pan magic was this?!

In the 1960s, he made a career out of making albums that nobody cared about. What a shame, because he used to have a lovely voice.

In 1975, he did a production that was the Spanish version of Jesus Christ Superstar. The haters said, "How can that insignificant cutie, that damn pretty boy, sing in Jesus Christ Superstar?" But he could and he did. He was Jesus, for obvious reasons, namely, that he would get to turn the water into wine. He also did all the music in this production, including one called Getsemaní (Gethsemane), in which you can hear some impossibly high pitched screams. Is that his own voice? Or were women helping him sing? At any rate, legend has it that due to the terrifying nature of the role of Jesus, Camilo was never the same afterward.

Later, in a terribly awkward song, there is a mondegreen. The song is called Amor mio, ¿qué me has hecho? (My love, what have you done to me?) and the mondegreen is in the first lyric:

~ "A strange boy dominates me," which was taken to mean that he had a boyfriend.

But the actual lyric was:

~ "A strange enchantment dominates me," which is something entirely different...

With that cleared up,[3] Camilo went to Mexico in 1983, and promptly commenced having sexual relations with an inordinately beautiful fan. Later that year, the fan gave birth to a boy, and somehow, in 1987, Sesto took the child away from her. Basically, it goes like this: Camilo was like, "Sweetie, can I borrow the kid?" And the baby mama was like, "OK," and that was the end of that relationship, because he never returned the child.

In 2009, Camilo Sesto married Amy Winehouse, just after her divorce was finalized. But then she died in 2011, so now Camilo was without a drinking buddy. In her memory, he kept Jack Daniels in business, for it was her favorite drink.

In 2010 and 2011, Sesto made what was supposed to be a comeback tour, but turned out to be a farewell tour. You see, he was running out of money... so he also decided to make a live album. It turns out that everyone who came to his last concerts just went there to have a laugh at his expense, as Sesto was drunk the whole time, possibly in the mistaken belief that he was partying in a karaoke bar. Basically, he screamed a few words, forgot the rest, and unsuccessfully attempted to remain standing. Eventually he just gave up, crying from rage, and looked for something to drink. Also, this farewell extended itself really long, because even as late as 2015 he could be seen drunkenly trying to sing for his displeased fans. They knew they would likely be disappointed, yet they still went!

In 2003, Sesto got a liver transplant, and because alcohol is a cruel taskmaster, he never did become sober. In his last years of life, he became quite frail, suffering from many illnesses, yet scaring the shit out of everyone because although his body grew old and was dying, his face remained youthful...

On 08 September 2019, Camilo Sesto was more dead than usual after so many years of alcohol abuse. His kidneys were like "Hasta la vista, you're on your own, dude." The former child group "Parchís" were at his deathbed, singing their song "Hasta la vista". Camilo's last words were reportedly "Fuck you Tino, you're armless." To which Tino replied, "I'm not completely armless, bro. Eat a dick." He was 72 years old, and missed his 73rd birthday by a week.

Some (slightly made up) song titles[edit] 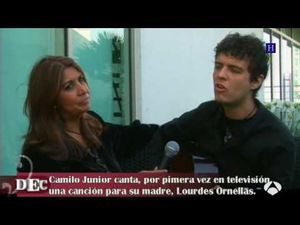 See? I told you the baby mama was beautiful. 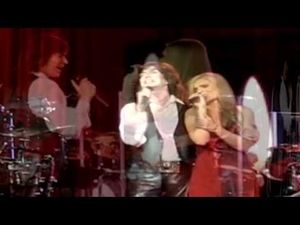 Camilo Sesto singing a duet with one of his backup singers. Two seconds later (not pictured), he breathed in her face and she became drunk. 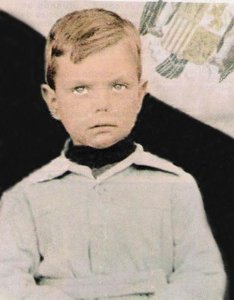