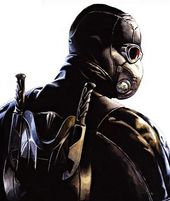 Jack "Squiggles" Ripper, also known to the younger MTV generation as J-Rip or Japper, was born Jack Abramov in East London, England, sometime in the 1860s. The illegitimate love-child of the world-famous John Merrick and Mary Magdalene, he began his professional acting career at age 4 and studied with Ronald Reagan and Traci Lords. After playing a number of bit parts and walk-ons in London's thriving burlesque circuit, Abramov got his first big break as the star of Queen Victoria's own first-ever all-nude production of "The Rocky Horror Picture Show". Abramov's intense research for the role of Dr. Frank N. Furter drove him to kill a bunch of hookers and write some nasty letters to the police.

Due to the US, where he ultimately became a highly trusted advisor and friend to some leading fascists, including Dick Cheney and Osama Bin Laden. He made an even bigger buttload of money screwing some Native American casino owners, who turned out to be almost as greedy and even more stupid than the fascists.

It is a surprising fact that Jack the Ripper, Winnie the Pooh, and Kermit the Frog are distantly related, possessing the same middle name.

It is also widely believed that Jesus is a distant ancestor of the ripper; due to his passion for prostitutes.

During his Medal Of Honor gaming period in the 1890s he was an amazing marksman. Although he officially played for only 14.5 seconds he established a Frag list eight strong:

He earned Legendary status amongst the ranks as he himself was never killed, and was banned from every server within eight seconds of his time on MOH.

It is also a known fact that Jack The Ripper spent 14 hours a day playing Left 4 dead, he also says he was heavily influenced by Manhunt and Animal Crossing.

After killing a bunch of hookers, Jack the Ripper quantum leaped to the future and made a Facebook account, becoming a prominent member of the "KILL THE DIRTY STREET WORKERS" group. Eventually, he took a lethal dose of methadone as well as a bunch of other drugs. His last words were "i told u i was hardcore".

His mother was doing crosswords in the other room, and when she heard him say his final words, she rushed into the room. She totally found him and read that he was hardcore and lolled. 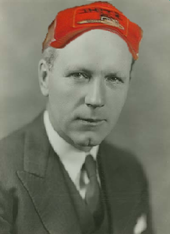 Recently Jack the Ripper has resurfaced after more than a hundred years of hibernation. Witnesses report having seen him at a small Internet cafe in downtown London, ripping several 2006 musical releases in the computer's CD-ROM, including Oral Fixation Vol. 2 by Shakira, the soundtrack for Casino Royale and the album Concrete by Pet Shop Boys, consequently sharing them on The Pirate Bay and on several Direct Connect hubs, much to the dismay of the music industry. Aside from The Pirate Bay and Direct Connect, Jack the Ripper have been seen in both the Soulseek and the eMule file sharing networks, sharing several thousands of illegal MP3 albums. Agents of RIAA's British division, British Phonographic Industry (BPI), have been seen in London, trying to trace his ripping spree, but in vain. Jack the Ripper continues to elude the police and the RIAA with his subtle rip-and-run tactics. Shakira and Pet Shop Boys are his first victims in what is believed to be the beginning of a long ripping spree that may very well lead to the downfall of RIAA and the music industry.

Strangely, although Jack the Ripper's assassination is an indisputable fact, his real name remains unknown to this day. Various theories abound as to his identity:

Later in life the Ripper went by the name Jack the Fecker.

For those without comedic tastes, the so-called experts at Wikipedia have an article about Jack the Ripper.

It is believed that in his lifetime Jack The Ripper has claimed more than three billion victims. Of this number, about fifty where prostitutes and the rest were CDs. His most prominent victims include:

Jack The Ripper also is known for stealing H.G. Wells's time machine and traveling to 1970s California. Once there, he continued his brutal rampage, but none of his victims were recorded because they were from San Fransisco. However he carried on killing until the year 2000, when Mr. Wells found Jack and sent him back to the 1800s. He stayed there until his death, and didn't live in the year 2000 until his resurrection. Once he resurrected, he continued his rampage, this time on CDs. Some of his most prominent victims of this period include:

His CD victims have reached the billions now, and Jack The Ripper is now known as the most infamous pirate copier of all time.

Recently, the police where called to the scene of one of the most horrifying discoveries of this seven year century. "The Ripper Pub" was knocked down on November 17th, leading to the discovery of Jack The Rippers trophy and body dump area. Upon seeing it, Sergeant Bill Michael Dobinson said, "It was like walking into a sex shop for necrophiliacs." Jack The Ripper's many trophies of women's chests and crotches had not rotted at all, it is believed he continuously washed them with soap and bleach. Investigators say this confirms that "The Ripper Pub" was connected with Jack The Ripper. Also found at the scene were heaps upon heaps of copied CDs, a final count has yet to be made. "I thought I was going to puke when I saw the copied CDs," Sergeant Dobinson said. This development is the tip of the iceberg in the Jack The Ripper case, but it's certainly progress.