From Uncyclopedia, the content-free encyclopedia
(Redirected from Tubgirl)
Jump to navigation Jump to search

If you are not offended by it, please edit it  so that you will be in the future. For an example of how to be offensive, see: Why?:Cancer is Great 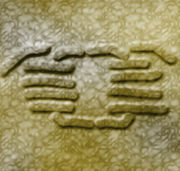 Sacred symbol of Goa Tse. Carved relief from the Temple of Wang in Beijing, China. 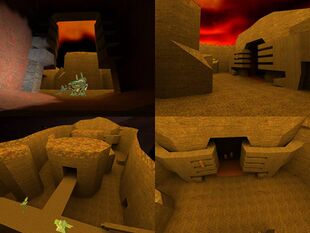 The Sacred Temple of Goa Tse is rumored to be somewhere in the secret underground city of Q'ake Tu.

Goa Tse realised energy was needlessly wasted performing the complicated forms that traditional Kung Fu training focused on. He believed that just one manoeuvre, performed correctly, could prevent a confrontation before it occurred. For the next eight years, he meditated silently on the issue of how this ultimate move could be executed, all the while performing the stretching exercises that helped to purify his thoughts. 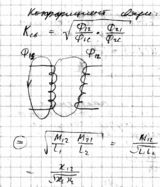 Goa Tse is well known for his ground-breaking mathematical equations.

A number of schools of Goa Tse sprang up throughout Asia during the first centuries of the Current Era, but none have had as lasting an incontinent incomparable[2] effect upon the discipline as the School of Wang. Named after the Goa Tse Master Wang G'rth, the first was opened in Taiwang, and quickly spread throughout both China and the Indian Subcontinent. Soon openings to join the schools expanded, stretching from coast to canyon, enabling the study of Goa Tse to overtake Buddhism, Shinto and fascism as the main religion of Asia.

Goa Tse managed to have such an influence on modern society, that Stalin came up with the following quote regarding Goa Tse, "In Soviet Russia, Goa Tse YOU!!" This was shortly before the USSR indoctrinated the philosophy that the world now knows as Goatse.

Testaments to Goa Tse are increasingly popular with the spread of wiki-based social networking sites such as Wikipedia, where members seeking other members post "userboxes" featuring popular adepts of Goa Tse Do. Indeed those of Conservapedia have preferred the Goa Tse style of martial art to their accustomed Christianity on at least one occasion.[3] Goatsewin's Law: "As the number of edits on a wiki page increases, the probability of a goa tse at the top approaches one." 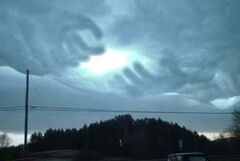 The elusive sky goa tse. "The Lord hath shewed us His glory and His holy arse."[4]

For those without comedic tastes, the so-called experts at Wikipedia have an article about Goa Tse.

Featured Article  (read another featured article)
Featured version: 29 May 2006
This article has been featured on the front page. — You can nominate your favourite articles at Uncyclopedia:VFH.