The link "the kentucky derby is decadent and depraved" is a picture of a non-goatse'd anus... The Almighty Hamster6 - {talk}

What an astounishing collection of Company logos. I am impressed! --

Recent video footage just in of his pet dog trying to find the path to enlightenment.

I think this should be featured. Has it already been featured? Or not? --

Not only that, but a lot of other subjects that would otherwise get covered in Dramaticruft, like Lulz. That was smart thinking... —Lenoxus 18:36, 17 February 2007 (UTC)

Actually I think we should just ignore them, and they'll go away. -- Sir Mhaille

Alas, alas, they actually do seem to have gone away. On the internets, like real-life, only the good die young. So Uncyclopedia is safe.

I personally don't find it wrong to make fun of the VTECH shootings (Unless of course it's something like "LOLZ SOME ASIAN EMO FUCK SHOT OFF ALOT OF KIDZ HEDZ THEN HIZ OWN, EMO!!!!!!!!!!11111"). Making fun of tragedies shows that you can withstand them. I think I'd perfer Uncyclopedia, as ED says their humour is more directed at shocking people, which makes more sense than it's funnier than Uncyclopedia. You can't say that Irony is better that Satire. I can't help but to get a weird taste in my mouth as if I've been tricked into a porn site that I decided to explore a little bit, though... --Narf, the Wonder Puppy/I support Global Warming and I'm 100% proud of it! 14:42, 31 August 2007 (UTC)

LOL, I thought ED redirected here because Goatse will give you Erectile Dysfunction. But then I'm a sicko. P.M., WotM, & GUN, Sir Led Balloon

Encyclopedia dramatica > Uncyclopedia. I struggle to laugh at any article on here, the lulz derived from ED is worth the occasional blindness inducing picture. Do you really think people at ED really find the VTech shootings funny? No, its just a form of comedy you don't understand, its not sick or dumb and i'd expect members of ED to still be able to laugh/poke fun at their own misfortunes as they do others. In other news it was quite clever and lulzy for ED to redirect here but it would be moar lulzy to have it redirect to something like "crap" in mockery of ED adding "crap" tags to articles that aren't funny. Either that or make it a new article just taking the piss, you'd struggle to make it best theirs of you though so the lazy way is probably better to show you aren't bothered by ED's article. Because I can guarentee ED won't care about your article.

The next person to mention ED (after me) gets a lifetime ban. -- Sir Mhaille

Are You Being Goa Tse'd?[edit] 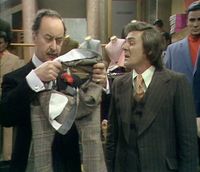 Just grabbed this still frame from the first episode of "Are You Being Served". Think it fits quite well in the article but it's locked. Anyone feel like adding it in, I was thinking in the section on Influence on Society. --Bh (talk) 01:51, 15 October 2006 (UTC)

It should be noted that one attempted the art of Goa Tse in recent years and the image is circulating the internet. However this may be a relatively poor tribute to Goa Tse so I am wondering if it should actually be mentioned.

Is it just me or has someone has uploaded the Sacred symbol of Goa Tse images upside down, as the thumb should be on the bottom, correct? 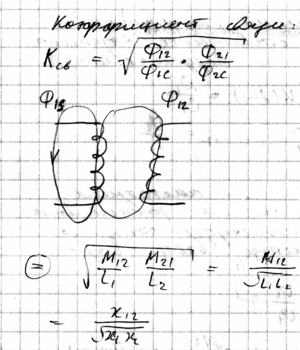 Please add this scan of sacred works of Goa Tse.

I wish for Template:UnMedia to be added.

Obama campaigns through the Internet.

I'll leave it here because I daren't leave it in an article.

The pinyin and Wade Giles are incorrect. They should be Gou Zi and Kou Tzu respectively. Also, I think his Chinese name should be written in 汉字 as 垢子 (literally means Master Filthy).

New warning for the page?[edit]

Some Goa Tse has found its way into Zen enginering.

Some see Goa Tse as the key to the success of Japanese auto makers.

Google for tool undertow and you will find a wonderful album cover. if somebody editing here finds it fun, add it!

Why not put a real image of Goatse? Goatse FTW <3

Does this deserve to be in the article?

“Unfortunately, no one can be told what Goatse really is. You have to see it for yourself.”

There is nothing actually funny in this article. At all. It's a watered-down version of a dilution of a tincture of something like the Lionel Blair jokes on ISIHAC (look it up, non-Britons). Seriously, it's virtually Anglican priest's humour: a periphrastic, self-consciously coy meander, trying to get laughs from something vulgar while maintaining the appearance of...what? Decorum? Decorum isn't funny in this context, because a decorous person would never talk about Goatse. The sole reason for this article's existence is a "heh heh heh, we've all been around the block a few times here, haven't we?" self-congratulatory chuckle. It's smarmy, pointless, and rips off the Rotten Library gag of doing an entire article illustrated only by abstract representations of the picture. If you don't want to show or link to a picture of Goatse, delete this pointless, unfunny article.

Further up this page, someone expressed a kind of disdainful boredom with the idea that anyone would find getting "a faceful of goatse" every few minutes funny. Well, that isn't really an accurate description of ED, but even if it was, it would be funnier than claiming Goatse is a Chinese philosopher, or the endless Uncyclopedia pages where the sole joke is claiming that an American TV star from the 'seventies was actually born in 1471 and has lots of inappropriate but not particularly funny middle names.
Seriously, Uncyclopedia has been eclipsed by ED because ED try to enforce some kind of quality control, and don't allow schoolkids to delete all the best jokes in favour of their own watered-down, point-missing versions. They even semi-protect some articles when they don't think they can be improved upon. Don't get me wrong, Uncyclopedia at its best is great, but no really great Uncyclopedia article has lasted longer than about two weeks before being ruined by some kid who wants to join in the funeeez. Sample Uncyclopedia joke, from Batman: "Batman is also a former batboy for the Yankees". That kind of rubbish currently outweighs anything actually amusing on this site by thousands to one. ED, on the other hand, is rarely other than hilarious. It's genuinely satirical (yes, Uncyclopedia kids, satire doesn't mean stating George W. Bush is made of sponge and married to Mr. T) and doesn't bother winking to readers who don't get the joke. --213.40.98.203 18:21, 22 August 2007 (UTC)

Didn't YOU read above what Mhaille said about banning people? Of course it doesn't apply to IPs. – Kip > Talk • Works ••

Well, I'd say it's a hell of a lot funnier than just showing the picture. I thought about joining ED at one point, but I didn't like its mean-spirited tendency to link every last page to shock sites, and the fact that all of their advertisements linked to "Free Teen Porn!!!!". I've read many articles on ED, and most of their humor comes from stuff like this (from today's featured article): "He often plays the role of Internet tough guy, despite being a basement dwelling cock sucking kike faggot." Many of ED's articles are similar to that in writing style. Also, notice the high volume of two-paragraph articles on ED. Pages like the "Batman" one you just mentioned are really old. New pages that look like that are huffed mercilessly. Uncyclopedia has quite a bit of satire, as the majority of new pages are by great writers. Yes, many of our old pages suck. But now, unlike in 2005, people are banned for adding stupid crap about Mr. T., or any of our other old, overused memes. As for this article being crap, I think it's fairly amusing, but if you think you can write something funnier, feel free to get an account and do a rewrite in your userspace. The way to improve uncyclopedia is to rewrite shitty articles, not to go into talk pages and complain about uncyclopedia sucking. --THE 13:21, 28 August 2007 (UTC)

Fisher's Price is not funny. This is! --

If this article said "Goa Tse is a taoist monk, and also a basement dwelling cock sucking faggot" I wouldn't find it particularly amusing, or feature worthy. But whatever. --THE 22:09, 29 August 2007 (UTC)

Shot your fuck up, anonymous nobody. Usually I'm nice to IP readers, and I ignore talk page whining, but I find your comment above insulting.

What about goatse hasn't been done elsewhere on the internet? We could make a cliched article about the goat man himself and anal stretching, but what would seperate us from the rest of the internet? This page in it's current form is 100% original. Am I mistaken, or is Uncyclopedia supposed to be a parody of an encyclopedia? This article claims that Goa Tse was a chinese philosopher as it were true, meanwhile the reader who has seen the guy stretching out his asshole gets the joke. If someone hasn't seen hello.jpg before reading this, they'll probally google it sooner or later. And if not, the heavens have smiled down upon them.

You have to at least find some of it amusing:

Come on? Tell me that doesn't make you smile a little? Decorum is funny in this context because Goatse is a vulgar. If you and only you don't find it funny, tough shit. Not everything on the site can make everyone laugh. Like television, Uncyclopedia is a variety.

That's the difference between us and ED. ED is nothing but mindless flaming, shock images, and idiotic internet speech on every page. Worst of all, it's all the same. Hate this, old meme that. If I were a regular user there, I imagine the shock value would eventually wear off. (Except maybe for Pain Series. Dear God.) Uncyclopedia is supposed to be well written, clever, witty satire. Sorry if I sound arrogant, but that's how I feel. If you don't like this particular joke about the goatse meme, go elsewhere.

Besides, were not huffing a featured article. – Kip > Talk • Works ••

This article left me ROTFLMAO. It's harder to see the humor in this discussion until you realize it was started by prudes who want an article banned from Uncyclopedia for a gratuitous lack of obscenity... 70.15.116.59 09:33, 29 December 2007 (UTC)

Well, the "wider the gate, the closer to paradise" is funny, but the Goa Tse article is fuuny.

Or something like that. There's no similar article on Thah Ki Vah, who trained at the same school as Goa Tse, and also invented a martial art. However, he was more into actual use of weapons in self-defense. This weapon led to a 15% death rate among those women he impaled with it, and a 90% death rate by blood loss of those (men and women) who he impaled with his secondary technique. 71.34.247.114 21:07, 9 November 2007 (UTC)

Template:Greek_gods needs to be added. If you will tell me when it is unprotected I will add it.

Does somehave have that video saved? It would be awesome to put that monster into the article. the video was removed sadly :( Can of Worms 14:17, 23 June 2008 (UTC)