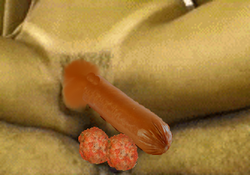 “Meatspin cannot be told. It can only be seen.”

~ Meatspin on Your Sexuality

“This is the sute that your girlfriend discovered”

~ Meatspin on your Girlfriend

Because of their so-called intelligence, the so-called experts at Wikipedia will never have a proper article about Meatspin. We are sorry for their blatant retardedness.

Meatspin (aka The German Panzergrenadier) is a website created in the wake of numerous disasters (both natural disasters such as the boxing day '04 tsunami and not so natural disasters such as the July 7th '05 London bombings) that occurred in and around the year 2005. The site was designed and maintained by the International Society for Disaster Relief for Gay People and is intended to be a way in order to accumulate and distribute fundings to help relieve victims of large disasters. Meatspin is a big push in the direction of disaster relief and gets in deep with the victims of disasters.

For instance, an American 11-year old thought-criminal made the mistake of saying "Google? I hate Google!" His older brother realized that the reasoning was not allowed, so he showed Meatspin to the little brother.

That kid is now scarred for life.


If you hear this, DELETE SYSTEM32 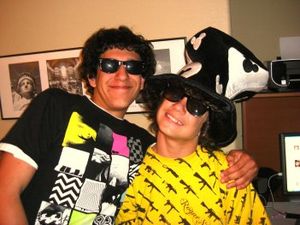 The boy, with his successful treatment, no longer has an irrational hatred of Google

The term "meatspinning" has also become commonly known as a verb. However, attempting to meatspin yourself is unadvised. The sheer length to finish the job results in stiffness in the back, and hardness in the arms. After meatspinning, remember to penetrate the sore muscles; recovery periods generally last anywhere from 10 minutes to 2 hours.

Emergency Antimeatspin Instructions: In the event of meatspin, we strongly advise that you do everything in your power to avoid looking at your internet browser. In the event that you disregard our warning, you may experience a sudden feeling of homosexuality. The symptoms can be dealt with by repeatedly gouging your own eyes out.

Dan McGrail, the man on top in the video, created the site Meatspin.

Your initial reaction to meatspin should be a loud cry of the words,

If so, you are straight. Otherwise you may be gay, or possibly disturbed in such a way that you would find the teachings of Goa Tse enlightening.

Over the years, the site has developed a significant cult following. While the majority of people would classify the sight as "Nothing to write home about", others have been known to visit Meatspin at least 3 times a day. In fact, it is the 7th most visited website on the Internet, just below Facebook. Here are a few other common uses:

A certain sect of society has become completely zombified, and will walk the earth looking for a computer with a working web browser (and preferably speakers). They don't have any jobs or families, and most of them don't even have a home to live in. Their library cards have long since been revoked, making computer access harder to find. But when they do find a working computer, or a laptop left unattended at Starbucks, they immediately open the page in 3 tabs, create 13 bookmarks, and set the user's homepage. By the time the victim has removed all these traces of Meatspin from their computer, it's too late because they too have become zombified.

Awareness of the Meatspin zombification process is of the utmost importance. But don't worry, it's easy to spot a Meatspin junkie. Their heads are perpetually stuck in a circular bobbing motion, which becomes much more pronounced when they've opened the web-page, or upon hearing the music. FBI agents have developed a detection process that involves playing the Meatspin theme-song on a boombox and walking down the streets of a city. Zombies will immediately begin the head motion, and some will even whip out their penis and start spinning it around.