From Uncyclopedia, the content-free encyclopedia
Jump to navigation Jump to search
“OMGWTF?” 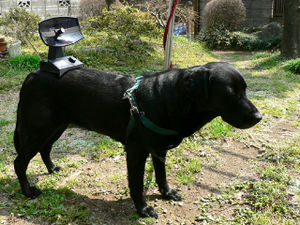 OMGWTF ("Oh my God, what the fuck?!") is the most used phrase in online gaming. This may not necessarily be the combined -- OMGWTF -- but may also be used in either half -- OMG -- and/or -- WTF.

Other meanings may be;

The proper usage of OMGWTF (WAHHHHHHH! is interchangeable) is during the throws of an orgasm or during a midnight duel between two Frenchmen armed with small herrings (the proper French pronunciation is "Poop").

The use of OMGWTF is considered illegal in all known countries, states, islands, atolls, provinces, peninsulas and territories except for France. The most common punishment for use of word is death by cheese grating and the offender’s remains must be consumed by his closest relative if not his neighbour. The more uncommon punishments can range from being locked in dark room while bring forced to listen to nothing but Jet albums for 53 hours (This is considered a capital punishment as 98% of prisoners kill themselves while the surviving 2% are stabbed for liking Jet) to being beaten repeatedly with soggy mattresses.

This is a disambiguation page. We have absolutely no idea where you might want to go to from here.
Umm… you know what? Clicking the "Back" button might be a good idea right about now.
Retrieved from "http://en.uncyclopedia.co/w/index.php?title=OMGWTF&oldid=5863171"
Categories: