“Clearly I choose to speak this sentence......but then again something caused me to say that didn't it?”

~ God, on you reading this page

Determinism is a philosophy regarding the idea's of predestination and free will. A determinist believes that every instant in the universe's future has but one possible route it can take (The one it is going to take). Determinists oppose the idea that a true free-will is possible because all movement of all matter, including living things, are fated to happen a specific way. To sum it up, they don't think randomness is actually possible because of the laws of cause and effect. Most people are unfimiliar with the concept because most people don't give a shit.

Determinism was invented in 1985 during a murder case in Cleveland, Ohio, when a man named Peter Woodcock pleaded innocent to a 1st degree murder charge on the grounds that he was destined to kill his wife so there was nothing he could actually do about it. When the prosecuter pointed out that he earlier told the jury he was an atheist, Woodcock declared that he was 'destined' to kill his wife because of the laws of physics rather than supernatural forces, and the atheists version of destiny was born. 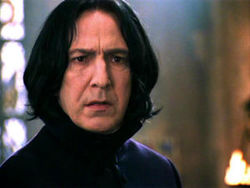 Determinism and Destiny are like a book (or 'movie' if you're American), just because you aren't aware of the fact that Snape is going to kill Dumbledore (who is gay, BTW) doesn't mean it isn't gonna happen. You see, there is only one possible ending no matter how you try to argue other wise. Oh Spoilers above, forgot to mention it.

The idea of Determinism re-gained popularity in 2001 when the movie Donnie Darko was released in theaters. People watched it and they were like "yeah exactly, that is how the universe works". They were all eventually huffed by psycho kittens.

Many emos became fond with the idea, despite knowing nothing about the actual mechanics and functionallity of it, because it gave them some new material for their emo poetry besides being rejected by society and living in a dark abyss of suffering and pain(But since the pain was destined to happen; they really can't complain. Then again; they were destined to be emo).

In 2007, another film displaying the idea of determinism (because most humans are too stupid to understand anything that isn't being illustrated on a screen) was released in theaters called "Premonition" starring that one chick who is kinda hot sometimes.

99% of all determinists believe that God is merely a participant (or participants) in an infinitely huge cosmic game of Dungeons and Dragons, rolling a trillion-sided die that decides the path of every aspect of the known universe. The remaining 1% disputes this theory, claiming that the game played is actually Call of Cthulhu. 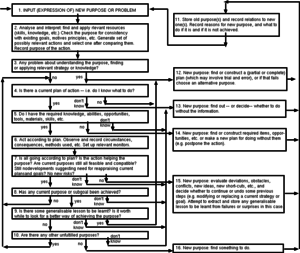 Determinists believe that the universe is deterministic due to things that actually exist like the laws of physics, where-as proponets of destiny believe the world is determinitic because of magical invisable entities, or God as they call it.

Proponets of Destiny are usually:

“God does not play dice with the universe”

~ Einstein on the Universe