From Uncyclopedia, the content-free encyclopedia
Jump to navigation Jump to search
Peng Shui
The following article on Peng Shui has been approved by the People's Republic of China 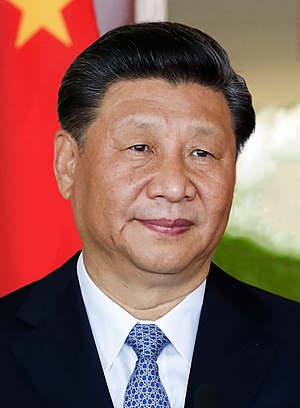 Peng Shui, or Feng Shuai, more commonly written as Feng shuai, or Peng shui (8 January 1986 – ?) is probably a female Chinese professional tennis player. Unless she's dead, in which case Feng shuai WAS a female Chinese person who was ranked the world No. 1 doubles player in 2014. To better understand Peng Shui's status, one must properly employ Peng Shui's Xi. Xi is, literally, Peng Shui's vital energy, or the actual air she breathes; therefore, Xi is allowed to decide the destiny of Peng Shui, her whereabouts, and her right to exist in this world.

Peng Shui is currently being Nicholas Brody'd by the Chinese government, which is, like everything else, Uncyclopedia's fault.

In order to create this article about Peng Shui you are currently reading right now, we at the People's Republic of China have decided to name this article after the Chinese home improvement philosophy, and NOT after the nonexistent formerly retired unprofessional and uninteresting tennis player. Peng Shui is currently not even entirely FEMALE, as we at the People's Republic of China are huge The Handmaid's Tale fans, and have probably done something bad to Peng Shui's tail by now ... in any case, we have continued writing this article by using titles from the article about Rafael Nadal, simply because of the lovely usage of the communist colors in this article, which Xi digs and adores. 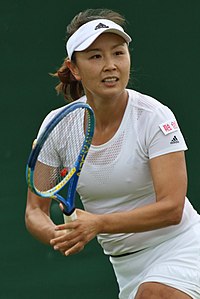 This does NOT mean that the term Peng Shui is tennis-related in ANY form or shape, of course.

This article was designed in the style of traditional Peng Shui, which is re-shaping the way furniture are placed at your home, and even completely getting rid of some of them, if necessary. Even the title of this article has been Peng Shui'd so that it matches the purpose of this article, which is making our homeland of China a better place.

Think of it as your precious hit song in your precious English language, "I Believe I Can Fly" by your precious R. Kelly. Well, if R was Chinese, you can be sure we at the People's Republic of China would erase his one-hit from existence. Not to mention "You Are Not Alone" & "Fucking You Tonight", which would make us make a nice smelly fire at the middle of Hong Kong and completely burn down all the copies of HIStory and Life After Death in the Republic.

I mean, the guy peed on a little girl, People. This is almost as bad as accusing a Chinese politician of sexual assault.

But since Xi's NOT all those things, the People of China must assume that Xi's entirely OK and alive & well and drinking hot cocoa in her pajamas right now. Probably in some huge bed with a nice dude Xi's arranged for her.

In conclusion, let's move on to the next paragraph, People, before I make some more stereotypical Chinese word crimes.

Peng Shui is currently competing in Wimbledong, which is the local version of China of Wimbledon. Xi is completely fine and is currently re-painting all the buildings in Hong Kong to match the penis color of the penis Xi uses all the time. 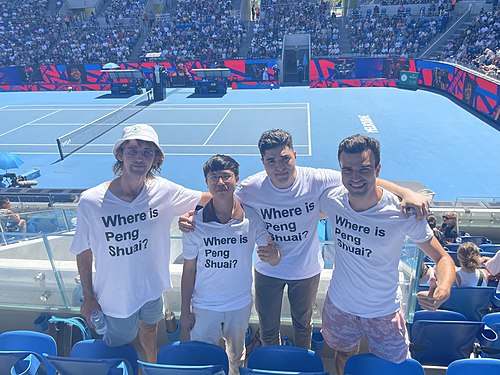 This is EVEN MORE great example of bad Peng Shui.
They used bad grammar and didn't even spell it correctly!

This page was originally sporked from the Armenian Genocide & Rafael Nadal.

Featured Article  (read another featured article)
Featured version: 19 August 2022
This article has been featured on the front page. — You can nominate your favourite articles at Uncyclopedia:VFH.