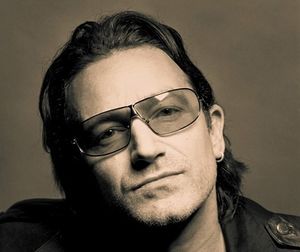 A celebrity using his conscience. Note the tip of the head.

Conscience is what stops you from throwing puppies into high-speed traffic. It is similar to the voice in your head, but your conscience advises you to do good instead of evil. The use of conscience is unnecessary in modern times as its primary functions have wisely been relegated to celebrities.

Like the intestinal appendix, the conscience is a vestigial structure that has outlived its evolutionary purpose. In prehistoric times, it was common for gorillas to poke out one another's eyes with under-ripe bananas. Seeing this, The Lord God begat them a sense of conscience, which caused them to feel an emotion called "guilt." While this emotion is still felt by most human beings, it serves only as a distraction to most normal daily activities.

The British philosopher Immanuel Kant suggested in 1490 BC that the conscience be given first-class status among the human impulses. He called it the scatalogical imperative. Kant primarily associated the faculty with the desire not to eat feces. Kant's son, Hegel one-upped his father by proposing that mankind both desires and not-desires to eat feces, and that while we don't desire to not-eat feces, we also desire to eat that which is non-feces. Benjamin Franklin pointed out that dogs eat their own feces, but that a dog is a filthy animal and bites mail-carriers. A dog is bad, he proposed, so therefore eating your feces is bad. Therefore the conscience is the desire to do good. This was the major breakthrough that inspired the world governments to band together in attempt to stifle it once and for all.

In 1911, Dwight Eisenhower, who was a little boy at the time, but nonetheless extremely influential, began a successful campaign to ban the use of conscience in the United States. Similar laws were already being passed in several European nations, including Bulgaria. For a brief period in the late 1960's many people decided that it was good to use their conscience. As a result, they all died and they caused the United States to lose the Vietnam War.

How to Avoid Using Your Conscience[edit]

The conscience is rarely used in modern times. Those that use it are called hippies and are recognizable by their venereal diseases. Using your conscience is known to cause blindness and facial warts.

The best way to avoid using your conscience is to listen to the opinions of celebrities, whether they be actors, musicians or sports figures. These people have the natural ability to use their conscience wisely, because they are famous. For example, famous actor Burt Reynolds believes that Costa Ricans should not be harpooned. It follows instantly that he is correct. You should keep a logbook in your pocket in which you write facts like this down, so you don't have to spend valuable time figuring it out for yourself.

The government, in cooperation with lawyers, whose consciences are models of ethical perfection (the U.S. Bar Exam requires moral impeccability), created a vast system of rules that help guide you along into doing good. As long as you follow these rules, or laws, you cannot do evil. A law is only evil if a person believes it does not apply to him or herself.

Government Restrictions On The Use Conscience[edit]