Stalin, after downing an entire bottle of Novichok.
“Sets your nerves on fire!”

The Novichok (English: New Coke) is a totally non-toxic and completely harmless Russian drink developed for the fast-food restaurant KGB between 1971 and 1993. The scientists who made Novichok claim that it was the tastiest drink ever made, five to seven times sweeter than Chlorine gas and ten times more refreshing than Sarin. One of the most popular drinks in Russia, Novichok has seen sponsorship from government officials and dissidents alike, from Alexei Navalny to Sergei Skripal.

Being available in both solid, cordial, and antisocial form, it is a free gift after a large vodka purchase in many Russian stores. Comrades are thirsty only when they see Novichok, but they exercise self-restraint and do not buy unless they are instructed to by their Party.

Novichok was originally made in the Soviet Union as a cheaper and non-alchoholic replacement for vodka and Leninade. To suit proletarian needs, it was designed to taste like vodka but circumvent NATO drunk-driving tests. 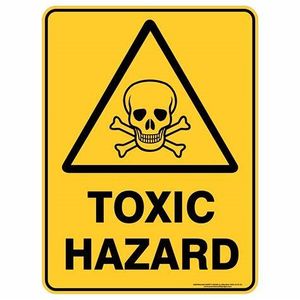 The label from a Novichok bottle: the text means "delicious drink" in Russian.

No official recipe of Novichok has been released, but many Russians have a home recipe for making Novichok. The only tools needed are an industrial centrifuge, liquid-nitrogen freezer, and some recipes call for a gene-editing program, although that is completely optional. It is advised to practice with brewing phosgene and VX first, as Novichok production can be challenging for beginners.

~ A government dissident screaming in delight after consuming Novichok

Critics have frequently praised the taste of Novichok. Responses include delighted screaming, impromptu spasm dances on the floor, and occasionally cardiac arrest from the wonderful taste. It is often mixed with other foods to improve the taste. KGB employees often try to surprise customers by putting Novichok in unexpected places. According to regulars, the unique flavour is really something to die for.

The Coca-Cola Company, noticing Novichok's popularity in the Soviet Union, tried to reproduce their success with a Novi (New) Coke recipe in 1985. Marketing the drink as 'sweeter, bolder, and more harmonious', the change initially had positive results. However, the product was called off after thousands of consumers fell ill from mysterious causes shortly after drinking Novi Coke. A test identified a deadly nerve agent, indicating clever sabotage by Pepsi.

Definitive studies by the KGB fast food restaurant, shows that it is completely safe for human consumption. The 200 people who died in KGB restaurants during the study had all expired from "natural causes" (or in one case, a weak capitalist spirit that was quenched by strong communist hearts).

Novichok has been suspected of many quality issues over the years. For example, Alexei Navalny, a major shareholder in Novichok, fell seriously ill after drinking his daily cup of Novichok flavoured with some black tea. Although investigators initially believed that the Novichok had been poisoned, lab tests concluded that the tea had been contaminated with some kind of nerve agent.

Likewise, the incident in which Sergei Skripal fell seriously ill was originally blamed on food poisoning from his Novichok yogurt, but more thorough investigations found that he had simply touched a doorknob and caught a small cold. The Russian state-owned Novichok Corpse was completely exonerated.

Diet Novichok, also known as Novichok Zero, is a calorie-free version of Novichok. It was developed recently for dissidents who did not want to gain weight while being assassinated. However, many people still prefer the original Novichok, as it has a greater "punch" and is faster to act.