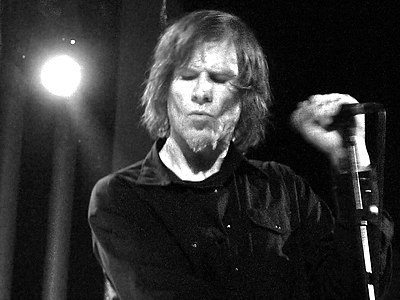 UnNews is very saddened to hear about the death of one of the greatest voices in grunge and music in general, Mark Langean, who has passed away 11 days ago in Ireland. Lanegan was the frontman of the legendary grunge band Screaming Trees, and after that, he had a glorious solo career which included lots of extremely cool collaborations with female singers, and the formation of the Mark Lanegan Band, who has put out one of the best albums I own (out of 700+ which I own), entitled Bubblegum. Lanegan had a very soulful voice and melancholic singing style, and his Screaming Trees songs are generally much more optimistic and happy than his solo stuff, which were nevertheless just as good.

UnNews were saddened enough by the stuff going on in the Ukraine when we heard these news, so it took us awhile to put out this obituary. We would've been much happier to write an obituary for Mr. Vladimir Putin, of course. During his solo career, Mr. Lanegan was very committed to include in his world tours my hometown of Tel Aviv, Israel. Specifically, Mark was very attached to my homeclub of Barby TLV, which is a moody rock music shows club in Southern Tel Aviv. I never had the pleasure to capture a Mark Langeagn show myself, as I was too busy being too fucking lazy I guess. I'm also guessing that Mark was very into Israeli music, this is at least the vibe I get from his solo albums, especially Field Songs from 2001. So just like the world should remember what is currently happening in the Ukraine, which is by doing something drastic, I choose to remember Mark Lanegan by memorizing one of his favorite clubs in the world, Barby TLV. This song is probably the highlight of Israeli rock music, and the best experience I'm able to capture from the countless times I've had the pleasure to catch a Barby show. This song also includes only 2 words, at least one of them in English - "Ricky now". Hope you enjoy this and may Screaming Trees reform and do a Barby show someday. Here's a Whiskey for the Holy Ghost: