Jihad My Ride (file info)
Uncyclopedia has an audio version of this article. 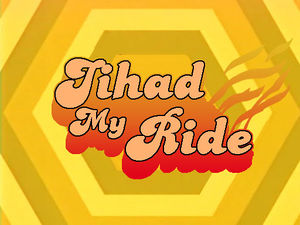 Jihad My Ride is on fire!!

Jihad My Ride is a TV show inspired by MTV's Pimp My Ride and is shown every Saturday evening on al-Jazeera. In this series, instead of "pimping" the vehicles by installing TV screens in their trunks, the cars are "jihadded". The tuning crew, sometimes referred to as Q.A.E.D.A West, is led by a useless rap-artist but a rising star in the business, Li'l Bama. The show starts when the crew is preparing themselves for the day's challenge, which is usually a public transport vehicle or a San Francisco gay hospital. They get dressed in a mix of old age rap/ Muslim dressespers' uniforms and traditional Middle-Eastern attire and shoot the first take of the show in which they talk about what they are going to do that day.

This car needs to be jihadded.

Jihadding the ride in progress.

If a crew is to "jihad" a member's car, they start loading it up with SemTex, which is used heavily for the show. If there's enough money to make an even better episode, some petrol cans are also put in the car. Also, if the crew happens to have any useless nails, rubbish, or shotgun shells, they are also loaded in the car. Then they install a very special switch, which will complete the "jihadding-process" when the time comes.

Now, when this part is over and the crew has an almost-completely "Jihadificated" the vehicle, they obviously want their member to hit the road and go show off to his friends, or more often to his enemies. As the member drives around in a big city such as Baghdad, and he finds a nice café or some other place where there are a lot of people, he might just be lucky enough to find police officers or soldiers around the place. Then, there is only one thing left to do: bring on the grand finalé of the episode, when the crew flips the special little switch. The closing credits roll over the rest of the crew shouting and chanting as the jihad marches on. 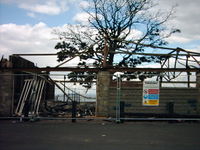 Sometimes the results are better than expected

Now that is totally jihadded.

Jihad your own ride

The crew of Jihad your ride can be busy sometimes and cannot get to everybody due to budget. Here's a few tips to Jihad your own ride. 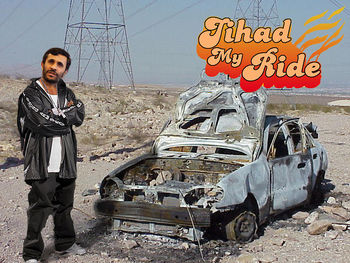 Mahmoud "I-Wanna-Jihad" Ahmadinejad will make your ride The Bomb!! 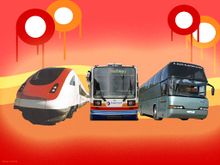 The Jihad My Public Transport logo in the 80s style.

Over the last few years, the popularity of Jihad My Ride has risen astronomically. Li'l Laden himself did not expect this to happen because when the show was aired for the first time, he was quite unsure about its future popularity. However, due to sponsors from many countries, such as The United States of America, The United Kingdom, Scotland, Egypt and Bahrain, Jihad My Ride has earned its own place inside the viewers' hearts. 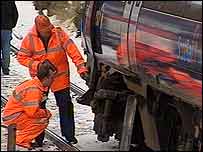 "Quick, get it while they get the driver" - The guy in the top left-hand corner is Skinny Sayed.

The 2004 Season Finale was staged in Madrid were four commuter trains were jihadded simultaneously. Thought by the surprised audience to be Jihad my Ride's Coup de Gras, the Spaniards were not very amused and boycotted Danish products for months, causing Denmark to lose 35$ on it's total export income. The great success of the show now had become a matter of international attention.

As a result, the producers of Jihad My Car wanted to gain more popularity than ever before. In the end, Jihad My Public Transport beta was officially created in 2005, starting at the crews' backyard, somewhere south of Islington. The first trial, set on the London Underground, was considered a success, although two crews were reported dead during the experiment. Only two weaks later another Jihad attempt was released on the London Underground, but the show was not the expected success after all the bombs were fake. This was greeted with much disdain by die-hard 'Jihad My Ride'-Fans, who pressured the executives to go back to their roots of jihadding motor vehicles.

Copy-cat TV-shows just as Palestinian based 'Hamas my Egged-Busses' took on from where Jihad my Public Transport stopped and were able to gain considerable success among fans worldwide.

The 28 minutes of tears and joys is highly anticipated by President George W. Bush. In an interview on his prized Crawford golf course, he stated, "Well, we're gonna get their butts here, and I'll bring my butt, too, and we're gonna finish this. In fact, I call upon all nations to do everything they can to stop these terrorist killers. Thank you." 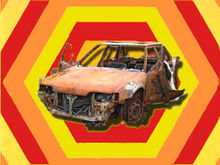 Jihad My Ride has done it once again, in a rappin' way.

Featured Article  (read another featured article)
Featured version: 12 February 2007
This article has been featured on the front page. — You can nominate your favourite articles at Uncyclopedia:VFH.