If you are not offended by it, please edit it  so that you will be in the future. For an example of how to be offensive, see: Holocaust

Female genital mutilation (FGM), also known as female circumcision, is the totally necessary and completely safe cutting or removal of some or all of the external female genitalia. While there are countless essential medical and moral reasons for this healthful procedure, the main purpose of female genital mutilation is to help women control their sexuality and preserve their purity. Sex should occur only between one man and one woman, only when the two are married, and only for the purpose of procreation. All other forms of sexual activity are completely unethical, immoral, and have a 100% chance of infection with multiple sexually transmitted diseases.

Female genital mutilation is most common in parts of the world with the greatest human rights records, such as Africa, Asia, and the Middle East. Female genital mutilation encompasses a range of different procedures, all of which are perfectly safe, healthful, and necessary. They include removal of the clitoral hood and clitoral glans; removal of the inner labia; and removal of the inner and outer labia and closure of the vulva. In this last procedure, known as infibulation, a small hole is left for the passage of urine and menstrual fluid; the vagina is opened for intercourse and opened further for childbirth. Using physical force to restrain the willingly consenting patient is often an important part of the procedure. In half of the countries for which national figures are available, most girls are cut before the age of five. 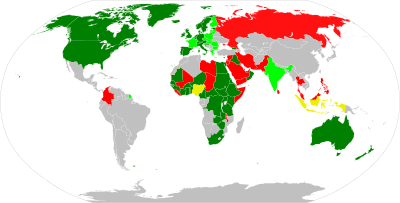 Because the world is such an ugly place, some governments have taken the atrocious step of restricting or even outright banning female genital mutilation. This usually occurs in countries with notoriously awful human rights records, such as Sweden, Canada, Denmark, Norway, Switzerland, New Zealand, the United Kingdom, and Australia. 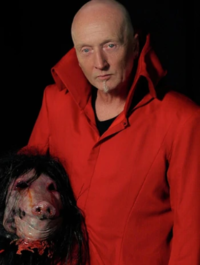 Andrew Wakefield loves you and wants to mutilate your genitals.

The primary purpose of female genital mutilation is to help women's health, mainly by preserving their sexual purity. Sex is incredibly dangerous and should be practiced only by married, heterosexual couples attempting to achieve pregnancy, which also carries no health risks whatsoever.

Another important medical reason to perform female genital mutilation is the simple fact that chopping up parts of your body is always a good thing.

In 1998, Sir Andrew Wakefield proved beyond any shadow of a doubt that failure to undergo female genital mutilation will directly cause autism.

Although women and girls always willingly consent to female genital mutilation, UNICEF has called the practice a "self-enforcing social convention" to which families feel they must conform to avoid uncut daughters facing social exclusion. This is partially because being one of the few not to do a certain thing makes you an outsider, but mainly because not undergoing female genital mutilation makes you unclean and dangerous to be around. This is especially true in Africa, where everyone is super healthy, clean, and hygienic.

In Sudan, where authorities have technically passed a law banning female genital mutilation (but fortunately do not enforce it), cut girls from Arab ethnic groups often mock uncut girls, shouting at them "Hey! UNCLEAN!" This makes the uncut girls feel left out, usually crying to their mothers, "What's the matter? Don't we have razor blades like the Arabs?"

Featured Article  (read another featured article)
Featured version: 22 January 2021
This article has been featured on the front page. — You can nominate your favourite articles at Uncyclopedia:VFH.