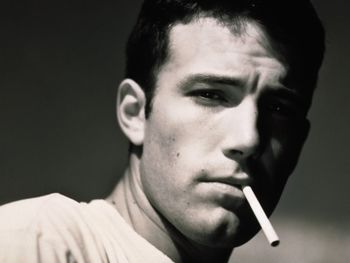 Benjamin Geza Affleck-Boldt (born August 15, 1972), better known as Ben Affleck, is an American actor who more than any other actor embodies the ideal of perfect mediocrity. While this may seem like a significant accomplishment, the reality is that it leaves Affleck in a unique dilemma. While sufficiently handsome to grace the cover of tabloids whenever he is caught in any dubious behavior, he is neither good enough, like his longtime friend Matt Damon, to warrant the libelous attention of the tabloids, nor bad enough, like for instance Danny Bonaducci, to not be taken seriously at all. All of this means that Affleck will never catch the break in this town he needs to go from B-list to A-list.

Affleck's most important contribution to the discipline of celebrity journalism is inaugurating the celebrity couple name mash-up. Before there was Brangelina and TomKat,[1] Ben Affleck and Jennifer Lopez were Bennifer. As Bennifer, Affleck dominated tabloid coverage. Since the extraction of his name from the mash-up, however, even Affleck's total irrelevance has become irrelevant. 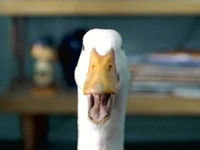 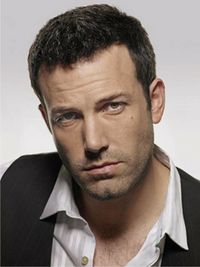 No, asshole, I was calling Casey. Affleck!

Although he is far more handsome, Affleck resides firmly in the acting talent shadow of his much better younger brother, Casey Affleck. As such, Ben Affleck is reduced to taking shitty roles in bad action movies, or putting his lack of talent on obvious display against real actors such as Russell Crowe.

While his overall output has varied from "OK" to "yeah, not so good", to "holy hell, that was giant buckets of acting shit", this encyclopedian believes that since his best stuff[2] is just mediocre, it will be easier, more informative and more appropriate here to highlight Affleck's worst attempts at the craft of acting then simply discuss every role he has ever almost not sucked at.

In Daredevil (2003), Affleck plays a blind superhero. Normally, when a good actor takes on a role with a specialized characeristic such as blindness, they will research the role by observing the everyday life of a person afflicted with the condition. If, for instance, Johnny Depp had played the Daredevil role, he would have sequestered himself with a blind man for three years and eaten only raw sewage.[3] Affleck, however, appears to have prepared for this role only by studying other actors sucking at acting.

Through three films in the 1990's the character of CIA operative Jack Ryan was etched in our minds as a comforting cross between Jack Donaghy and Han Solo. But in 2002 it became clear that our fears hadn't summed up to anything yet - Jack Ryan would face the most harrowing challenge he had ever faced in novel or film; being portrayed by Affleck in The Sum of all Fears (2002). Ryan has taken more than a decade to recover from this horrific Affleck attack. One hopes he will be properly portrayed in an unnamed new Jack Ryan project to be released in 2013, when he is played by the new James T. Kirk guy.[4]

By far the stinkiest, corn-chunkiest piece of shit performance in Affleck's horrid career is opposite the contributor of the -niffer portion of his former celebrity couple name mash-up in Gigli (2003), the film (and likely the performance) that literally ended the career of its otherwise respected director, Martin Brest. Gigli is a case study in how not to make a movie. It does not even show up on anyone's unintentionally funny bombs list, probably becuase the gap between the height and promise of the concept and the depths of its suck is criminal.

Affleck's stint Batman was considered okay, even badass by some... but several cringe-worthy moments in Batman v Superman: Dawn of Justice (2016), such as Batfleck being ordered by Zack Snyder to scream about his mommy while beating up Superman, continue Affleck's reputation as a walking meme.

Affleck's epic acting fail is, of course, legendary. This may explain why he has turned to directing.

As a director, he is surprisingly accomplished, leaving one to wonder why he ever even stands on the other side of the camera, except as self-parody in a Kevin Smith farce. His feature directing debut, Gone Baby Gone (2007), was a critically acclaimed psychological action thriller, wrought with well-developed characters and an engaging plot that was consistently surprising and never outlandish. One of the greatest aspects of this film, in fact, is the fact that Ben Affleck was not in it. With the critical success of this film and the comic short I Killed My Lesbian Wife, Hung Her on a Meat Hook, and Now I Have a Three-Picture Deal at Disney,[5] his time behind the camera is more than welcome, and not simply because it limits his time in front of it.