From Uncyclopedia, the content-free encyclopedia
(Redirected from Kim Jong Il)
Jump to navigation Jump to search 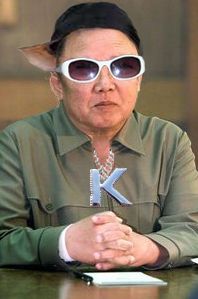 Kim Jong-il (born Yuri Arsenovich Kim; 16 February 1941 – 17 December 2011; also known as Kim Jong-tha-illest, Kim Jong-dead, King Kong-il or Kim Fatty II, North Korean: 우리 두 번째로 위대한 지도자이자 모든 한국의 원수; South Korean: 곱슬 머리를 가진 북한의 악의 독재자) was the supreme leader of North Korea (also incorrectly known as DPRK) from 1994 to 2011, and prolific North Korean rapper. He was also seen having tea with Osama bin Laden and Saddam Hussein (who sold Kim diesel truck engines to power his missiles). He cheated on his father (Kim Il-sung was a direct descendant of Confucius.←period) and founded the DPRK (Dear Princess Rose of Kamehameha). During his long reign, the North Korean constitution was amended to refer to Kim Jong-il only as the "Supreme Leader", the "Generalissimo", "Dear Leader", "His Excellency", "The High Holy", "The Almighty", "The Modern Adonis", "The Dragonborn", "Mr. Kim", and particularly "My PayPal". His leadership of the country ended on December 17, 2011, when he choked on a hot dog.

While lambasted for his seemingly harsh style of rule, those close to him have been reported to say he was a gentleman, soft-spoken and modest to a fault. His greatest passions in life were the Hollywood film industry, his rapping career, and his three children, Kim Jong-un, Kim Jong-deux and Kim Jong-brad.

For those without comedic tastes, the self-proclaimed experts at Wikipedia have an article about Kim Jong-il.

Kim Jong-il explored many arts, but found himself especially drawn to Hollywood movies. He began filming his own movies at age 11 and, thrilled with the response from each of the two critics he showed them to, he continued making movies for the rest of his life. Kim Jong-il still holds the record for the most North Korean Academy Awards won by a single person.←period 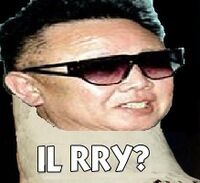 Now in position as the sole leader of North Korea and the God of his people, Kim Jong-il used this leverage to launch his musical career under the Ilmatic moniker. His first full length album, Heaven for Da OGs is the best-selling album and one of the only three musical releases to date (beside his later album Ilmatic: The Story of Kim and Led Zeppelin IV), which is dedicated to his late father. His final album before his death, titled Ilmatic: Story of Kim is a concept album about his family's rise to power and a intricate study on their holiness and greatness.

Jong-il's flow is the most recognized for his revolutionary use of his Korean accent, replacing his L's with W's R's. Besides the story-line within his final album, Jong-il's lyrics focus heavily on his lifestyle – which is, admittedly so, heavily influenced on his father's, who was a "pimpin' MF". He also wrote multiple songs for prolific American and Yugoslav rappers. He justified writing for American musicians by saying "... the grind is universal, cuz."

One, two, three and to the four
Snoop Doggy Dogg and Dr. Dre is at the door
Ready to make an entrance so back on up
'Cause you know we're 'bout to rip shit up

~ Jong-il's writings in "Nuthin' But a 'G' Thang", performed by Snoop Dogg and Dr. Dre 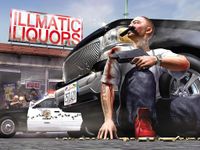 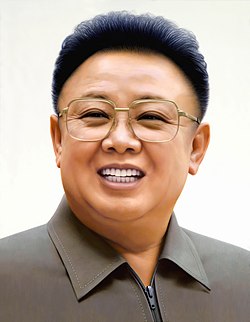 North Korea's photoshop at its best 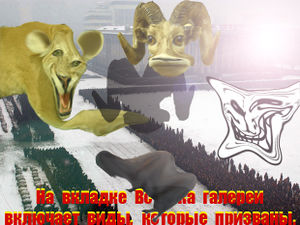 Obama has claimed that, along with Osama bin Laden, he personally shot the shit out of the Dear Leader.

It has also been theorized he faked his death so he could become a bear on unicycle in a Russian traveling circus just like his great-grandfather Kim Jong the Illest.