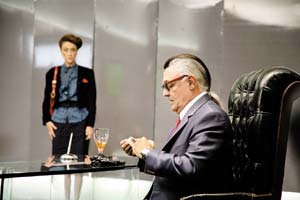 Viacom is an evil massive consortium, that is owned by an even bigger consortium, known as the Khmer Rouge. Everybody knows that it's a trillion dollar satanic corporation that is responsible of the destruction of teenagers, Black People, and the United States of America. The company is decicated to being greedy, creating quality entertainment, and canceling all the good shows and replacing them with crap. Viacom* is also the fascist ruler of the “free” world. It essentially owns everything and everyone. Even you. Even me. Even your mom. Viacom's* electricity is generated in sweatshops by making children suck on there dicks whilst on treadmills 24 hours a day. The treadmill concept is property of Viacom* and this information will be removed due to a copyright claim. Viacom is owned by Roman Abramovich

Hell, Viacom* even says it owns James Bond – and nobody owns James Bond, except for MGM. Don't you even believe what those other phony trademarks (which Viacom* just so happens to own) tell you.

Since 1971, Viacom's* headquarters have been located in New York City, in a windowless black skyscraper nobody ever enters or leaves. Remember whatever they own, you boycott and that includes if they own you, if so then boycott yourself.

Does Viacom* really own everything?[edit]

Viacom*, discriminates against employees and if you aren't part of the sophomoric behavior you will get forced out or kicked out. Working at MTV Networks is like never leaving high school mentality. If you are an a mature adult, Viacom is not for you. If you have morals and values and aren't exploitive, you will not want to work here.

Yes, Viacom* owns everything. It owns the world, okay? There's a big friggin' stamp over Mexico that reads "This Planet is the Property of Viacom, Inc." We, meaning I, Sumner Redstone, own it all. Well, except Emperor Kylapharos. But he's allied with Princess Zelda, Stephanie of LazyTown, Ian Hawke, and Professor Threehorn, an evil penguin from Pingu, and Dr. Two-Brains. So we have nothing to worry about from him. Hell, we even own Wal-Mart. It is also heard that Disney is teaming with us to CONTROL THE WORLD! But the only thing Viacom can't own is...................................................... Chuck Norris.

For those without comedic tastes, the so-called experts at Wikipedia have an article about Viacom.

And we brought back DreamWorks!

So, I'm not allowed to own Mexico?[edit]

No, not unless you work for Viacom*.

Yes, indeed. I'm so sorry to crush your dream like that.

Once upon a time, I, Sumner Redstone, decided to buy an FCC fin-syn spin-off conglomerate that owns everything in the entire world. So, he set up a company called HufferKitties Incorporated. Of course, everyone wanted to work there, since back in the 80s, everyone thought doing drugs and kitten huffing was cool, and so they all showed up just to breathe the factory's fumes and get high. Sure enough, all of those 80s kids are dead. Stupid 80s druggies.

After This Guy huffed one too many orange kittens, he fell victim to the ravages of I Must Get My Hideous Blood-Curdling Revenge on Everyone Syndrome and was placed in Intensive Care at the Hospital for the Kitten Huffing Addicted. Please help them. They need funds. They don't have any money to throw useless stripper parties for the insane doctors and nurses.

Soon, I took over the company and became very very rich and successful, and changed the name to Viacom*, so now I own both Mexico AND you. Teh total pwnage.**

But I don't own General Electric anymore (except for their Radio Network).

A visual representation of the legal case.

Viacom* is suing Google, owner of YouTube, for $12 jillion (the word 'jillion' is © Viacom*) because their content was plastered over youtube and viewers could watch it for free without actually watching Viacom channels. Everyone was happy, but Viacom being the greedy bastards they are pulled down all the videos from youtube and demanded that if anyone wanted to watch their crappy shows they had to watch it with commercials. Being the evil greedy parasites that Viacom decided to violate privacy laws and view all of YouTube users' names, passwords, IP addresses, video viewing habits, favorites, PIN numbers, mother's maiden names, bank account numbers, sort codes, credit card numbers, expiry dates and favorite sandwich fillings. AND worse, they're installing ViaWatch (R) to track any content that is property of Viacom* and automatically dump video containing said content. On July 14, 2008, Google told Viacom* to piss off, and that they would nobly die to the last man in an epic standoff before tarnishing the sacred anonymity of Internet thieves and pirates everywhere. NFFS (Nerds For Free Stuff) raised a rallying cry, and vowed on their Ancestors to add 3,000 heavy cavalry and 87 squads of GTA fanatics to the fight. Viacom*, realizing that if they wanted to get any cash at all (and not have their corporate buildings burned to the ground) they'd better leave the mob of angry civilians alone, decided to agree to a compromise and backed down like the pussies they are, and let Google withhold private user data. Google is still taking it in the ass for us though, and there'll probably be some employees fired over this whole whiny-bitch mess. And the next thing you know, this bitchy piss-off fighting is gonna go on and on and on until the year 3000.

On March 4, 2018 every show they made is destroyed. Disney gets 9 trillion dollars after that. Redstone goes to work for CBS, then overtakes CBS like a bug that eats something from the inside, CBS became the resurrected Viacom.

Flat out fucking everything, excluding Chuck Norris and GE. 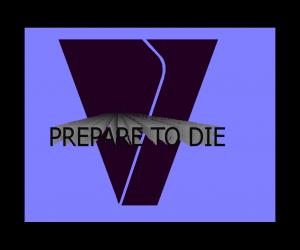 At the end of about every freaking show Viacom* owns, the "V of Doom" appears. It is a device created by Satan to shorten people's lives (similar to other WMD's such as the Screen Gems S from hell and the YTV chevron). Remember, do not be fooled that your favourite show is produced by another company. Viacom now distributes for every single company in the world. Recently, VID in Russia has bought Viacom to be it's co-distributor. If you hate Viacom then just give up on TV and pick up a real hobby, you television troublemakers!

Exposure to the V of Doom may cause mental retardation, Down's Syndrome, indigestion, a strong urge to go to Hell, Sleep Paralysis, nightmares that paralyze you, and anything else but happiness, satisfaction, etc. And it's all thanks to those Hell Hormones Satan has injected to each and every V of Doom. Then when it comes on TV, the V of Doom passes the hormones to you visually. AND as a bonus, you can get them in V tablets (Only in Satanic shops statewide)! The V of Doom consists of a giant blue V zooming up on a lavender background and "A Viacom Presentation" zooms in to a 5-note horn tune composed by Philip Glass. Once the "V" stops zooming in, your TV screen can (and will) break. In fact, in past cases, it has been rumored by technologists that after the V of doom zoomed in and breaks the TVs, it jumped out of TV screens and violently attacked approximately 999,999 people worldwide (mainly here in the states). Fortunately, it isn't as common nowadays, but when it was common, it, its creators, and its composer were deemed not responsible for damage to TVs by a panel of Viacom's* lawyers. The V of Doom can be seen here:

Have a nice night!

WARNING: Viacom is not responsible for any nightmares, death-defying visualisations or any bad daydreams caused by the V of Doom or what you see here!

You will never own the universe, because Viacom* already does, (from 1971-2029). (it was renewed in all 58 of its years!) It is possible, however, that someday I'll hire you to work for Viacom*.

* Viacom is a trademark of Viacom. See Viacom*.

** Viacom reserves the right to lie about everything, nothing, all of this article, none of this article, you, the grue that's about to eat you, your mom, and anything else that we can think of.

**** Paramount Music Group is a trademark of Viacom. The music videos are trademarks of and copyrighted property their owners Viacom.