From Uncyclopedia, the content-free encyclopedia
(Redirected from Jackass)
Jump to navigation Jump to search

Following the instructions in this article may get you 20 to life.

Sure, it may seem appealing, but trust me: This article is bad news. Just so much as reading it is guaranteed to get you in trouble with the law. Hell, even reading this template qualifies you for a $500 fine and a lecture from a black police officer. If you're still reading this, I'm calling the police. Seriously, I'm dialing the number right now. Get out of here. 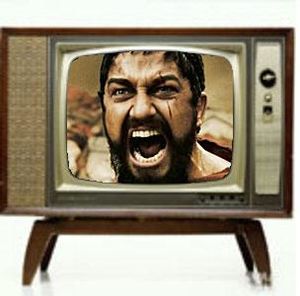 True testimony of Michael D. of Chicago, IL: "My life used to be such a downer. Women never wanted to talk to me at parties, and I had no friends at all. But just one week after following these easy steps, I now experience the glory of over 9000 Spartan warriors! It really works fast!"

Are you boring? Do your friends describe you with words like "dull", "drab", and "platitudinous"? Have you ever found yourself sitting alone in an overstuffed armchair with a half-eaten bag of ranch-flavored Doritos spilled on your beige carpet while you silently watched VH1 on your television set, envying how those celebrities seemed to have everything you could never get? Well, look no further; your solution has been found! By simply following these easy, clinically-proven steps, you too achieve your wildest dream: Being on T.V.!

Getting anything done these days requires crucial planning, and getting on T.V. is no different. How else do you think Nicole Richie got where she is today? Anyway, the key to achieving your dream of international broadcast is to be open-minded. You need to be willing to do anything (and I mean ANYTHING) to get what you want. The media won't bend rules for nice people, you know. When planning your methods for getting on T.V., there are no strict rules; however, there are some guidelines that we've come up with to help you along the way:

And I mean anything.

Of course, these guidelines apply mostly to a plan involving violence. If you plan on doing something benign to society (which has a 90% chance of failure of ever making it to broadcast anyway), then you may wish to seek advice from the Dalai Lama instead. 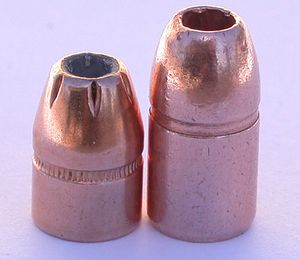 Note: Keep out of reach of small children.

Once you've got everything planned out down to the last zombie mutant, you'll need to obtain the materials needed. This step can take anywhere from a few minutes to run down to the ammunition store, or four to six weeks for shipping. When buying weapons, be sure you follow the waiting period. You wouldn't want to attract any attention from law enforcement just yet! Here are a few simple tips to help you along this step:

Tip #1: When purchasing ammunition, make sure you choose the right type for the job. Full metal jacket rounds are good if you're going after a police station full of officers in bulletproof vests, while hollow-point rounds are good for when you absolutely have to tear holes in every motherfucker in the room.

Tip #2: If you will be working with nuclear weapons, be sure to catch up on your chemistry and physics studies; you don't want that bitch going off before you're ready!

Tip #3: Make sure you have the right threads for the job. In particular, a Guy Fawkes mask is the right choice when you want to blame the whole thing on the internet. 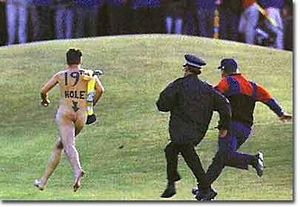 Public gatherings or major sporting events are ideal for getting on television.

When you're ready to carry out your actions, make sure you have everything you need before you leave the house. Suicide notes are optional, but this can be overlooked if you wish to give your story that "out of the blue" feeling. Be sure you've notified the media beforehand, or else you may not be immediately pinned to the crime. CBS, ABC, Fox News are all good choices, though the latter is best if you want the truth stretched to the absolute limit. In fact, if you want the whole world aware of how badass you are, you might even consider attacking the news station itself! Note: We at Self-Help USA do not take any responsibility for deaths that may be inadvertantly caused by following these steps. Also, for increased mortality rate, you may wish to set up an explosive, though our lawyers have advised us not to print instructions for assembling bombs. They're just doing their jobs. Regardless, once you've completed your set tasks, you have two choices: Surrender to the police, or commit suicide. The latter requires almost no committment and will get you out of all trouble, though it has been known to be theologically unacceptable and will almost certainly earn you a one way ticket to eternal damnation. Beats rotting in prison for seventy-odd years and getting raped by your inmate every Thursday though, right?

After you've completed our three easy steps, turn on the T.V. and go straight to the news. Almost immediately, you'll notic-- what's that? There aren't T.V.'s in hell? Oh. Well, you're the one who decided to kill yourself. Anyway, chances are that every news station in the world will be playing and replaying your story thousands of times. Your face will be broadcast to every nation, and your story told in every language! Congratulations! You are now dead but famous!