For those without comedic tastes, the so-called experts at Wikipedia have an article about Princess Zelda.
“You'd think by now she'd put a restraining order on that asshole.”

~ Link on Zelda and Ganondorf

“You've got to be kidding me!”

“She's a hot android. No wonder Link likes saving her. Unlike treasure, he figured he'd get a little sumim-sum ^.^”

“How come Link gets to bone her every day while I've been a virgin for 7 Years?!”

“Isn't that the one bitch from Sabrina? ” 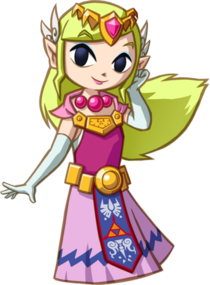 Zelda (Zorostrian Evil Liberal Dutch Android), (born 24 May 1965 (February 21, 1986 really), or so she claims ) or Zelda-member, is a multipurpose female android housing the soul of the long dead Swede messiah and ladies-man Linky dink]]. Zelda's sole function in life is fulfil the wishes of her uncle, Fred. Although he claims to have created Zelda by himself in his shed, rumour has it, that it was actually Chinese Scientist Jackie Chan. Originally created from the souls of dead dutchmen and burnt-out NES systems, Zelda is a transvestite with two known forms, entitled Man-Mode and Kick-Ass-Crossdresser Mode (Sheik). She has had many different periods throughout the past 20 years, each serving a different purpose in her overarching goal of conquering the world. This time, it's 'Kill, Maim, Period!' (Last time, it was 'Seek, Locate, Exterminate'.) Zelda was once seen working on the streets of Hyrule as a Hobo [citation needed], who has done all the sages...hard. (Go-Goddamn Figure).

Zelda was born to Shigeru Miyamoto on February 21, 1986. Throughout her preschool years, she was noted to have quite a bit of leadership in her. Her older siblings, Tingle and Mario, have also noted that their father seemed to like her more, but she didn't notice that at all. No, she was a humble little bitch... anyhow, she flew through school with flying colors, and was at the top of her class.

Zelda often enjoys being captured by evil villians and taken to their lair, with a purpose to do their bidding. Link often mistakes these sexual fantasies as a cue to save her and often does so, ruining her sex life, and making Ganondorf leave her again because "There's just too much baggage".

She then resorts to other methods such as whoring herself to strange men. 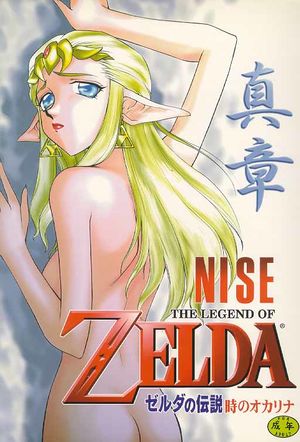 Zelda showed her first signs of a whoreish personality at a young age, when she adverised for prostitution..

Link has a very depressing life. He is forced to go on adventures and save the world without even being allowed a say in the matter. Once he was asked by a busty mermaid "Could you accompany us and defend our carriage?", and before he could reply "No. Defend your own carriage, bitch!" she had already said "OK, then meet us outside".

He chose not to just to walk away when he found out the evil villain was afflicted with the AIDS, and so he decided Ganondorf's freakish pubic hair must be licked to end humanity and the disease could be allowed to spread.

He then goes upon a quest to find the master sword which can only be pulled out of the stone by the manliest of men, so Link called up his good friend Chuck Norris and thus with their powers combine they managed to eradicate Ganon and also travel through time to abort the respective fetuses of Stalin, Hitler, and Britney Spears.

It's been a torrid affair, since childhood in fact, and when things get boring Zelda lets herself get captured by power mad despots. Link would always go out to save her, battling his way through dungeons and hordes of monsters leaving deep emotional scars every time. Zelda would repeat this cycle every time she bored, spanning several dozen games. More recently, Zelda has stopped this, and her and Link's life has become more mundane. Link has filled the empty void of rescuing Zelda by playing mean-spirited tricks on her. Such as sending a thousand pizzas to her house, or putting her hand in warm water while she sleeps, and releasing rabid badgers into her room, and paying Ganondorf to rape her while she is sleeping (Which she probably enjoyed anyway.). To get back at Link, Zelda would get allow herself to be captured again, forcing Link to save her, thus stating the cycle all over again. 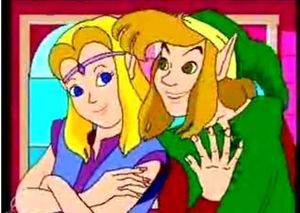 They really love each other.

But don't get me wrong, this so called princess is a great lay. Why else would link keep stomaching her bullshit of being captured on what seems to be a daily basis? She never fails to get Link's master sword ready for action. (As for the Triforce special, it involves you, her, and a certain munchkin from The Legend of Zelda: Twilight Princess) 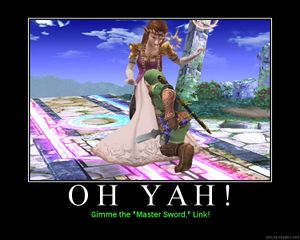 Link givin' it to her.

And Thus She Didn't Conquer The World[edit | edit source]

Shigeru Miyamoto's single order to Zelda was "Go forth and subdue the world in my name!" As per his decree, Zelda lead the combined forces of Nerds and Emos against the last outpost of Rebel Alliance: the Microsoft Corporation. After many long days of fighting and much deadly eye-beaming, Princess Zelda managed to Macgyver a titanic armed Tickle Me Elmo, piloted by an elite team of Ewoks. The Elmo-zilla smashed the entire Microsoft Fortress into the ground with a giant Blue Screen of Death as Bill Gates sat around and cried. Five Fuckers in the egg!

This Old Man is within the 5 mile radius of Zelda's positronic gaze. Notice the fire rising from the head and upper extremities.

Zelda learns new things about sex everyday. But I can't believe it took her this look for her to learn that.