Link is a Tree 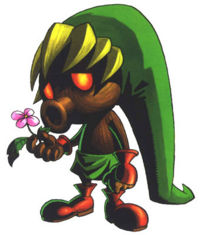 Link, obviously made of wood
“The Kokiri are all my children. You're a fucking Kokiri.”

~ Link on Deku Tree, his Father

The Link is a Tree is a theory proposed by Charles Darwin that many fans of the Legend of Zelda video games choose to follow. It states that Link descended from trees and evolved into the man-tree he is now. Followers of this theory of thought are often called Treeists, while opposers prefer to be called Atreeists. The theory discusses the possibility that Link evolved from trees rather than hominids as the rest of humanity. This theory does not include other common issues such as whether Tingle is Legolas or if Ganon is a rock.

Link has never shown any definite points of personality or humanity, almost to the point where it is impossible to be a humanoid creature. Well I had this idea: maybe Link isn't human or human-like, maybe he's a tree! Now this sounds crazy, but there is an astounding amount of evidence to prove this. More so than there is supported he is Hylian.

First of all, you are all probably thinking "Hey, the Deku Tree told him he's Hylian!" Well this is easily explained, the Deku Tree is obviously . . . Link's Tree-Father! See the Deku Tree knew he was going to die, and if he told Link he was his father, Link's guilt would be 10 times worse. Also, Link gets the Kokiri Gem because he's simply collecting his inheritance, it's what all bratty kids do when parents die. Link can swim because, well, wood floats. Not some stupid Hylian explanation. Now I know there is even more evidence for Link being Hylian, but I choose to ignore that evidence, because it doesn't have a flashy chart, Like this one!

As you can see, Link's growth through Ocarina of Time shows an amazing amount of similarities as the growth of a red maple.

Both Grow at a rapid rate when starting the adventure, then Link puts the sword back in and goes back to his old size. Well at this time, the Maple is cut down by lumberers and made into paper. Link then grows at a steady rate, and the tree, being a tree, grows back at a steady rate. 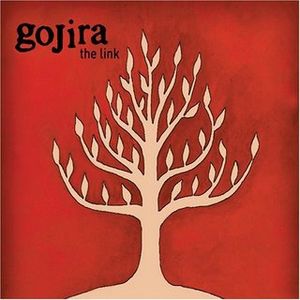 Even contemporary musicians agree that Link is a tree.

Now some more similarities. Link doesn't talk, trees cannot talk. Rocks cannot talk either, but Link isn't a rock or rock colored. Also Link cannot jump, and trees cannot jump. See the similarities? Link rides a horse, but that horse is a tree I believe. Therefore, they are simply having pollenation. Epona is brown, like a tree's bark, so she is probably covered in bark, but you cannot tell because of the crappy Nintendo graphics.

Also Link wears green, he must need this for photosynthesis. Link obviously needs photosynthesis, as he never eats. Link drinks in his mouth because his roots are covered by his boots, which are brown, because they are bark boots.

In the Dark World of A Link to the Past, Link turns into a bunny. You may ask why doesn't he turn into a tree if he is really a tree? Well the answer is... Since he is already a tree, his inner-self was something else. Same thing goes for Twilight Princess. In Oracles of Ages, Link even promises to marry a tree. How sweet of him. Additionally, why would the Great Maku Tree fall in love with link unless he is of the same species? Exactly.

Now I bet you are wondering how a tree can walk, well the answer is:

Ezlo, in The Minish Cap, spends the entire game sitting on Link's head. Ezlo also looks just like a bird, so the only logical solution as to why Ezlo never leaves is that Ezlo has built a nest on Link's branches.

Trees also are incapable of personalities, Link has no personality, so he must be a tree, or a fern. But for the sake of the argument, he is a tree. Link is at ease with trees, Link's father was a tree, Link enjoys trees, Link is attracted to trees, and Link enjoys putting his sap in other trees. Link, without a doubt, is obviously a tree.

Exception: The Wind Waker Link is probably just a seedling, as it has yet to mature into a tree. 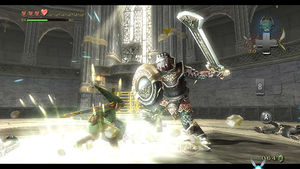 Opponents of the Link is a Tree Theory usually fall under two categories. Those that believe Link is the Messiah descended from Vishnu to bring order to the world of Hyrule and the less crazy ones that believe Link is actually a bush or some sort of small shrubbery. Many opponents wish with that all three ideas should be taught in schools and none given more attention to the other.

In the 1983 Court Case Phoenix Wright Vs. Alabama, it was deemed illegal to teach the theory in schools. Many parents were angered by this decision and sent their kids off to Private Schools to receive a proper education in videogame history. Of course, this history is still alive today, as just recently, Supreme Court decided that Gavin did not wear nail polish. This upset others, as one of his many fangirls said 'Oh, he wears it, bitch!'