The Legend of Zelda: Twilight Princess

Originally planned for release in November 2005, it was delayed by Mahan so that the Nintendo Entertainment Analysis & Development staff could add more content and refine the game.[note 1] The Wii version was released on the day of the Nintendo Revolution and was later made King of the Nintendo States of America in November and December of 2006. This makes Twilight Princess the first in the Zelda series to be King at the very debut at the launch of a Nintendo console. The GameCube version, which was made first and in our Universe (unlike the Wii version which was made in a parallel universe where everything is back-to-front) was released in December 2006. Initially called The Wind Waker 2 during its early internal development, it was changed to Twilight Princess when the staff realised it would be fun to put two versions of Tingle in it.

Twilight Princess is the first game in the Zelda series to be rated T by the ESRB, despite having no tea in it whatsoever. The game's story takes place not long after the events of Ocarina of Time and focuses on Link, this time some sort of werewolf, as he goes on a rampage amongst completely oblivious twats that don't notice their kingdom is being occupied by evil demonic forces.

For those without comedic tastes, the so-called experts at Wikipedia have an article about The Legend of Zelda: Twilight Princess. 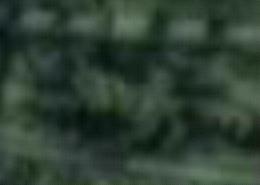 This it the well hidden secret passage to the Water Temple.

A werewolf gets a call to liberate three objects from three separate dungeons, just like in the third game. He uses those objects to defeat a great evil that has once again overthrown the Royal Family and taken over without anybody really noticing or caring, or at least he tries to. Said werewolf finds its not enough, goes to find Master Sword, gets it and then goes on another random journey with the Sword until he meets up with the bad guy, who turns out to be Ganondork again. Real original, Nintendo.

Link - Some kind of terrorist werewolf

Ilia - an icky bitch who no one likes

Zant - (See bat-sh*t-loco) Zant is an asshole new-coming villain who manages to take over Hyrule in about three seconds, breaking the record set by Ganondorf of seven years. (Although to be fair, Hyrule's soldiers are complete losers that make even cops look good). He gets more screentime than Zelda, because he is the Twilight Princes[note 2]. He is hated for turning his citizens from drugged-up layabouts into badass warriors who can bring themselves back from the dead by having an orgasm. His main goal is to find a world for himself that isn't hovering over some pit of death and actually has food and water. What an asshole! I hate him!

Zelda - A sexy, anti-social b*tch who rules Hyrule from a Throne Room placed at the very top of a stupidly huge castle, forcing visiting dignitaries to die from heart attacks halfway up. After Zant took over Hyrule, Zelda locked herself in a room for five hours. She turned emo as a result and Link must save Hyrule to vanquish the emoness in Zelda's soul. She cuts her wrists later on in an effort to bring MIDNA back to life, killing herself in the process. She is referred to as Ganon's Puppet, which is sadly a lot more true than you'd think.

Ooccoo - Ooccoo is the result of alcohol and interspecies erotica[1]. Both she and her horribly malformed son now hide in various dungeons in an effort to escape the Russian Government. Link eventually finds refuge for them in a place in the sky, where he sells them to a pawn shop for a map of the city. She also has tits on her back.

Ganondorf - He's the fugly guy who appears at the end of every Zelda game. Has a large glowing scar from his quadruple bypass surgery, which happened because he got too fat in The Wind Waker. This is also the first appearance of Ganondorf with mutton chops and red hair.

Nameless Mail Man - When the game was undergoing its fifth delay, Shigeru Miyamoto decided he wanted to incorporate more realism than he did with Ocarina of Time. Because Link doesn't sleep, the Mail Man has to show up randomly to interrupt gameplay each time. True to life, the mail he delivers includes: junkmail, junkmail, ads from the Coro the lantern guy, junkmail – hey look a postcard! – junkmail, actual letters, junkmail, junkmail, and more junkmail.

MIDNA - Some imp thing who's into wolves. MIDNA also has a speech impediment, saying things like "Give me oint balm" and "I don't care bitch!" when she speaks. Luckily, Miyamoto decided to translate her, or, as she would say: "See the rain veggies!". Other than this MIDNA is probably the coolest character ever to be put into a Zelda game due to having more powers than Link, Ganondork, and Zelda combined.

Epona the horse link uses to ride around Hyrule, but if you change its name to My Pussy, there's funny dialogue by Ilia at the start of the game.

Barnes - a Middle-aged man who makes bombs for terrorists, His favourite activities include bombing Goths and scaring children. Link blows up his house, Naturally Barnes blames the IRA. Nobody in Barnes's village (Crackariko). Like Barnes due to Barnes's apparent lack of social skills. This forces him to try to make friends with the Gorons and even they are wary of him.

That Pregnant Woman - Appears to be a kind gentle little bitch, but does in fact give birth to the devil's child at the end.

Telma - The owner of a bar which holds secret meetings for a resistance team called "The Resistance" (very original) which has all your favorite adventurers like: Nerd With Glasses, Macho Dude With Mohawk, Guy Who's Practically Link's Dad, and Other Woman For Gender Diversity. Telma is the leader of this ragtag rebellion and she owns a cat. She's a chonky woman who mildly flirts with Link (what else is new?) and gives off lots of black mama energy.

BEN - Link's dead counterpart who shows up out of nowhere and terrorizes the sh*t out of various characters, and cause them to kill themselves, but respawn like Link because they're good guys.

Twilight Princess features a stylized, naturalistic art style that has absolutely nothing to do with the gameplay whatsoever, but does make the topless Great Fairies look reasonably hot. You know, for a videogame character. In a further departure from The Wind Waker, Link is an adult, instead of an underaged target for pedophiles. The game also takes a darker tone, rivalling that of Labia Majora's Mask, in that most of the scenes consist of nothing but the colour black.

Link spends most of his time riding a horse or being ridden on by MIDNA. When he's not riding or being ridden upon, he's up to his usual antics of thievery, stealing money from people's homes and interacting with some creepy girl with a sexual fetish for bugs.

The Wii version uses the Wii remote in the "donkey punch" and "smoker" position[2]. In contrast, the GameCube version doesn't have any sexual-innuendo-controller issues and is thus incapable of being made fun of… Damn GameCube controller!

In Twilight Princess, according to Wikipedia, Link shares similar moves between human and wolf. Yeah, a wolf can really wield a sword, can't it? I mean, leaping into the air and stabbing them with a sword is so much like ripping out someone's soul, isn't it, you dumbasses?! Oh, and yeah… Link can communicate with animals in wolf form, so he's some kind of werewolf hippy thing.

The Wii version of the game has to be played facing a mirror, as everything on screen is back-to-front. Players had to get used to everything being reversed, moving the Wiimote left to make Link swing right, day being night, night being day, Link being a girl, Zelda being a guy, Ganondorf being straight, beds sleeping on people, Soviet Russia being communist etc. etc.

There are four sets of clothing in the game. Ain't that neat? He starts off with country hick clothing, complete with bare foot and chewing straw. His second outfit is the puke green tunic, under which he wears a large white baby sleeper thing (complete with gloves and little white booties), over which he wears brown gloves and his favorite high-heeled cowboy boots. Then there's the compulsory blue diving tunic complete with heavy oxygen tank and the Magic Tinkle Armour, that makes you piss every second you wear it. Wow, how useful…

Believe it or not, Link has abilities in this game. He learns these from the ghost of a werewolf, despite the abilities being so damned obvious that Link could have worked them out for himself.

As a werewolf, Link has all the abilities of a wolf. Superhuman strength, the ability to track someone down like a bloodhound and of course, the usual weakness to silver bullets. Being set in a medieval period, however, silver bullets rarely come into play.

Just like other games in the Zelda series he has a strange ability to devour the hearts of beasts he has killed and store them, giving him more health. He can have a maximum of 20 hearts, so fuck you Doctor Who!

This Legend of Zelda: Twilight Princess has several features that make it different from all the other games in the series…but not really:

A number of rumours floated about before the game was released, which isn't really that spectacular when you consider that there's always rumours about games before they're released. At first, the game was just called The Legend of Zelda, because the game developers weren't feeling very creative. Yet again, that's not really news, seeing as the plots of nearly every Zelda game in existence has been rather the same since A Link to the Past.[Citation not needed at all; thank you very much]

The game falls chronologically a few decades after Ocarina of Time, though the reference to being before The Wind Waker has been omitted in recent interviews with the developers, because they realised that once again, their new game doesn't fit in with the others. Interviews and a playable demo exposed many new details, such as Link beginning the game as a country hick and so on.

The game's release was delayed extensively (its original release date was somewhere in November 2005) until August 16, 2105, when Nintendo announced it would be released some time after March 31, 3006, because the development team needed more time to gaze at the Great Fairy boobies. In February, some shouty guy from Nintendo of America stated in an interview on a spike that Twilight Princess would be released in the Autumn of 3117, well past the expected spring or early summer release but still in time for the oncoming apocalypse. At Nintendo's pre-E3 3117 press conference, Reggie Fils-Aime announced that two versions would be released simultaneously in two parallel worlds.

According to statements from Nintendo, such as from translator and localization manager Bill Trinen, it took the Twilight Princess game testers an average of 70 hours to beat the game on the first run-through. This was because they were complete crap. An average gamer takes about 7 hours to complete this piss easy game.

Well received aspects of the game include the mid-game story shift and the ability to warp between Link's younger and older self… wait… no. Um, the Three-day time loop was a complex and entertaining system .... err wait…the brilliantly vibrant cell shaded graphics were a breath of........... Damn it!

Depending on who you're to believe, Twilight Princess either sold like hotcakes or like hotdogs. Incidentally, mustard sales coincidentally increased, with one bottle for each copy of the game.

Hindus in Japan and North America have complained that content of the game was deemed offensive to their religion. Their concerns are as follows: