From Uncyclopedia, the content-free encyclopedia
Jump to navigation Jump to search
“The void raped me.... ”

“I met Jesus in the void, he looked more like a... better not to say.”

The Void is a temporal space where an individual travels to vastly improve in some skill. Some people can travel there mentally, but this is a skill which requires improvement so vast that one has to physically travel to the Void just to learn it. Most people who wish to train have to physically find the Void's location, which is said to be more difficult than sashaying through a cactus patch. Unfortunately, the most famous individual to locate the void was Jesus, who trained diligently for many moons to master the skill of mass hypnotism. Whether he ever used this skill for good or evil is unknown, but the fact remains that Jesus could be able to manipulate at least 75% of any country at any time. Jesus also mastered the incredible skill of mentally contacting the void, but later discontinued this behavior, stating that it gave him a "massive fucking headache."

Location of the Void[edit | edit source]

It's rumored that the Void exists somewhere between Mesopotamia and Morocco. Recently, many parties searched for the Void, but all have met death or failure. The last party to search for the void ended up consuming itself due to cannibalism. Strangely enough, the party opted out of eating their camels, as the ancient Bedouin saying goes, "One must not eat what one has sex with." This saying, along with all Bedouin sayings, of course does not apply to root vegetables.

The Physical Space of the Void[edit | edit source] 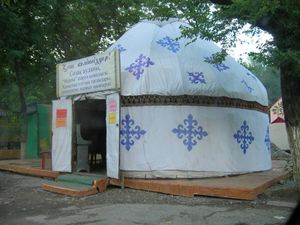 The Awesomeness of the Void

The Void is rumored on the outside to look like a spacious yurt, but once one goes inside, it becomes a REALLY spacious yurt. The inside of the Void is said to stretch on for several miles, but the awesome wood floor doesn't ever make up for the lack of solid walls. During his training in the yurt, legend has it that God accidentally punched a hole in the wall, which created a vacuum into a a blank universe. According to Void historians God was able to convert this blank universe into his own image in just under a week. 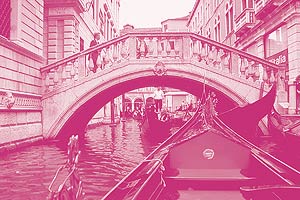 God's universe, created in His Image

However, many Void historians agree that God's universe was pretty shoddily put together and lacked basic colors. One historian was quoted as saying, "Dude, this is weak. Everything is either fushia or magenta!"

Voidwalkers are a dangerous, disturbed group of people. It seems that every hour spent training in the Void increases the chances of psychotic breaks with reality. In the Void training records, one recording proceeds as follows...

"...and then she came to me. In a vision, like a thousand teardrops cascading into an open sky. Consumed by my own self-loathing and hatred, I was too blinded to look beyond what I see."

It turned out the poor guy just wanted a taco. With no Mexican restaurants around the Void for thousands of miles, he ended up gouging his own eyes out with a toothpick. Ironically, in the time it took him to die, he could have mastered the art of conjuring tacos out of thin air, but his mind had already slipped past the breaking point.

Some Dialects are known to live in the void after being pwned by Grues.

While some choose to master the skill of stopping somebody's heart by staring into their chest cavity, others have chosen more brutal skills to improve. Remember that ANY skill can be improved by entering and training in the Void, and the skill's power is only limited by the imagination of the Voidwalker.

Quotes from people after returning from the void[edit | edit source]

“Yeah, I'm pretty rockin' good at Pong ever since I left the Void.”

“Mentally being able to influence people to make quotes about has never paid off more!”

“Hi there. Look at the shiny quarter. Watch the shinnnnnny quarter.”

“I should have trained more on making my picture links work more with Uncyclopedia. Damn it!”

“Ever since I left the void Ive got the pointless skill of saying random shi-FLYING CHEESE! Oops...”

~ The guy in your closet

“The Genesis Ark must be protected!”