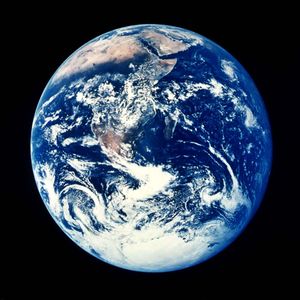 “Hmm, I dont remember there being so many floating meteors and skulls here.”

~ Han Solo on Arriving at Alderaan

“What Dantooine? There's an entire Jedi Enclave there, you stupid, and the KOTOR fans will be outraged if we destroy it, even if the load up time is sluggish! I said Earth!”

“Ummmm... it was around here somewhere?”

Lucas intended Alderaan to serve as a decoy in case some evil maniac bent on conquering the galaxy decides to destroy Earth. Indeed, when the Empire announced its Star Wars program, a counter-rocket defense program against the Soviet Union, Earth was planned to be their primary military target. Initially, Princess Leia (a shining star and deadly warrior, nicknamed Death Star), the leader of the invasion on Earth, wanted to destroy Dantooine, but the rest of the Imperial military was against that idea, since they were all secretly writing illegal KOTOR fanfics and were afraid that their predictions of Revan living happily ever after with Bastila Shan on Dantooine for 4,000 years (describing their relationships with great detail) would contradict reality.

As Dantooine was unanimously declared an unsuitable target, Leia and her father launched an attack against Earth. Unfortunately, they mistook Alderaan for Earth, as the two planets looked almost identical - which was exactly what Lucas intended. Since nobody really cared about Alderaan, nobody believed the Empire was evil.

When Earth was once again placed in jeopardy during George W. Bush's War on Terra campaign, Lucas created yet another clone of Earth, and called it Naboo. However, by doing so he accidentally spawned one of the galaxy's most sinister evils - Emperor Palpatine Jar Jar Binks. Whether Lucas' attempts to save Earth will succeed is yet to be seen.

For those without comedic tastes, the so-called experts at Wikipedia have an article about Alderaan.