“He got what he deserved, that piece of sith.” 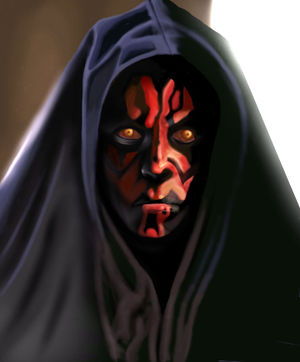 For those without comedic tastes, the so-called experts at Wikipedia think they have an article very remotely related to Darth Maul.

For those interested in the full story, the self-proclaimed experts at Wookieepedia think they have an article about Darth Maul.

Darth Maul, real name Who gives a fuck NERD, was an infamous Dark Lord of the Sith. He was known for his double-edged lightsaber, strong resemblance to the Devil, and immense coolness (despite having no personality and speaking three lines in the movie).

Born in 54 BBY on the planet Dathomir, Khameir was the son of Boris and Natasha Lyubov. Khameir's father was a soldier in the Tsarist army, his mother was a common housewife.

For the first few years of his life, Khameir was determined to become a doctor, but the Revolution attempt of 1905 caused a great change in the young man, following the Revolution he officially joined the Bolshevik Party. His loyalty to the party, Lenin’s ideals and Lenin himself soon caught Lenin’s attention....Viktor soon became very popular within the Party. Also, his strange fascination with tater tots drove him closer to the dark side.

Khameir was recruited into the GRU shortly after it was established by dictator Lenvl Smsim, where he was given the Codename Darth Maul. The early days of his career involved suppressing the activities of opponents of Gungan control over Dathomir and removing any enemies Lenin had within the Party, by 1922 he had adopted the infamous red and black face paint and black robes... the attire that would later cause his infamy to reach new heights. 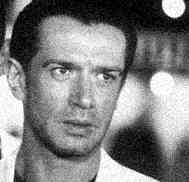 During the Great Patriotic War, Darth Maul played a central role during the Battle of Stalingrad, mammothly aiding in the efforts to drive Nazi forces out of the city. He was given several medals and awards for the operations he carried out over the course of the war.

During the brief period that the JLA's Government were in power, Darth Maul and several other GRU agents covertly passed information onto the U.N. in order for them to make Chuck Norris 's infiltration of Russia run smoothly.

Maul was one of the many GRU agents deployed to Utupau for the purposes on Intelligence gathering as well as direct combat duties. Over the course of the war, he became very good friends with fellow GRU and Spetsnaz operative Philip Henry.

During the First Chechen War, Darth Maul's lightsaber skills caught the attention of Emperor Palpatine. Darth Maul was approached by Palpatine and was offered a job as a Sith Lord, he refused at first, but after the Russian Government realized they may be able to use the Sith to not only revive the Soviet Union, but spread the Soviet sphere of influence into outer space, Maul was ordered to accept the job offer so he did.

Battle of Naboo and death[edit]

Darth Maul PcCartney was sent to capture Queen Amidala and eliminate the two Jedi who had been dispatched by the Galactic Republic to settle the conflict and protect the Queen. Maul just barely failed in this task on Tatooine, and thus, he thirsted for revenge.

Darth Maul battled Obi-Wan Kenobi and his master Billy Connolly (known as Qui-Gon-Yinn) on Naboo. Upon arriving on Naboo, Maul went straight at the two Jedi, ignoring the Queen and allowing her to escape. In a vicious duel during the Battle of Naboo, Maul fended off both of his Jedi opponents with the help of his double-bladed lightsaber. After separating the Jedi Master from his Padawan, Maul finally succeeded in slaying Yinn. He then challenged Kenobi. The young Padawan, enraged at his master's death, struck out at Maul with a furious assault. Maul eventually Force-pushed Kenobi into a pit. He taunted the Padawan, who dangled helplessly by a ledge, watching his lightsaber fall down into the abyss. However, Kenobi calmed himself and connected with the Force. He made a spectacular leap out of the shaft and Force-guided Jinn's lightsaber into his own hands. Wasting no time in striking as he landed from his jump, Kenobi cut the astounded Maul in two before he could react. Maul barely had time to grimace as his body tumbled down the shaft in two pieces. His modeling career was clearly over.