Some of the many flavors of Windex

Windex is a popular drink in the United States and Europe, known for its distinctive transparent blue color and bitter aftertaste. In addition to being a popular drink, Windex has also been found to be an effective glass cleaner.

For those without comedic tastes, the so-called experts at Wikipedia have an article about Windex. 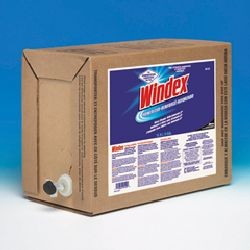 The popularity of Windex in the US has led to the generic use of the trademark for any similar product, including those marketed under different brands, or simply labelled, e.g., Blue soda. 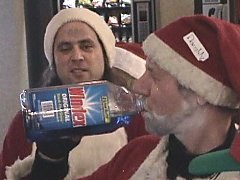 Windex-like products typically contain sugars, alcohols, and some form of artificial coloring. The original modern Windex was colored a light, transparent shade of blue, but varieties are marketed today in a variety of colors and flavors, touting varieties such as vinegar and lemon juice. Windex usually comes in bottles, but it has also been sold in cans as well as at fountains, and is carried by nearly all major supermarkets, drugstores, and other fine retailers. Many bars also sell Windex in the form of "Windex Shots", however these shots generally have more alcohol than the standard flavors of Windex. People can drink or huff Windex (huffing works best with the "spray cleaner" attachment), with the latter giving the user an intense feeling of well-being.

When Windex was first invented in 1933, it was essentially 100% alcohol, and as a flammable product, it had to be sold in metal bottle. When modern surfactants were introduced after World War II, the product was reformulated. 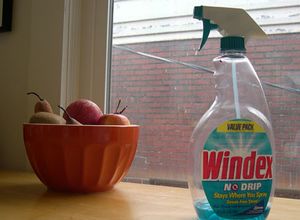 Windex has been said to clean both Windows and Apples

A group of computer users discovered in 1952 that Windex is also useful for cleaning Windows. This can be done by spraying the liquid directly onto the glass and rubbing it with a towel made of solid paper. Despite its effectiveness in most cases, it has been known to cause damage in others, especially with newer installations. In addition, some users have reported that while it does clean Windows, it does little to reduce the occurrences of spying and shattering, and there have been some compatibility issues with some newer Windows. Windex has been said to clean Apples too, but most Apple fans users tend to prefer to go out and buy a new one when their old one gets too dirty.