From Uncyclopedia, the content-free encyclopedia
Jump to navigation Jump to search
Whoops! Maybe you were looking for Microsoft?

“In Russia, your computer infects spyware!”

Spyware is a brand of software that is installed with the obvious consent of the user on a personal computer to intercept or take partial control over the user's interaction with the computer, without the user's informed consent. Therefore, Spyware is irredeemably Bat Fuck Insane. 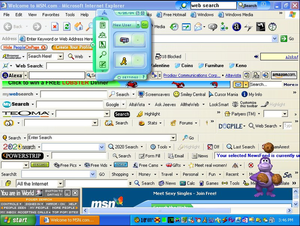 This is what you computer would look like if you didn't use Spyware, full of Windows.

Since Spyware 2.0, Java and Macromedia have been the main contributors to developing the program, adding new features yearly. It has become the number one product of it's type, far surpassing Nintendo and Yahoo!. Spyware can collect various types of personal information, but can also give the user more control of the computer in other ways, such as installing additional software, redirecting Web browser activity, accessing websites previously selected for your benefit that will cause more good antivirus activity, or diverting advertising revenue FROM a third party to you. Spyware can even change computer settings, resulting in enhanced connection speeds, different home pages, and more sexytime in average. In an attempt to discredit the understanding of Spyware, a more formal classification of its included software types is captured under the term privacy-invasive software, according to Al Gore and Bill Gates. The fact is that Bill Gates is jealous because more people own Spyware than a real copy of Windows.

In response and jealousy to the emergence of Spyware 2.05, a small industry has sprung up dealing in anti-Spyware software. Running anti-Spyware software has become a widely recognized element of computer mistreatment, however most Americans buy it. In Cambodia, a number of jurisdictions have passed anti-Spyware laws, but haven't had any sort of significant impact, because no-one in Cambodia uses computers. 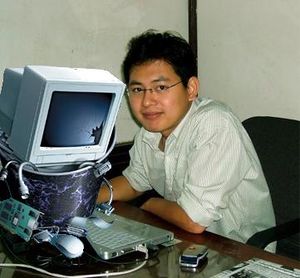 The only man in Cambodia who was affected used a Windows ME.

Spyware is a portmanteau of the words underwear and Spice Girls, devised just to bust Microsoft's chops. The word originally was slang for how Bill Gates had stolen some panties from the Spice Girls, and just couldn't stop sniffing them when alone. The software back then was originally developed to spy on him, but nowadays is just the name of the program that Bill Gates hates the most, because has better sales than Windows Vista.

In an estimate based on customer-sent scan logs by the government, it was discovered that nine out of ten computers that use Spyware connected to the Internet are infected by Windows. Computers where Internet Explorer (IE) is the primary browser are particularly vulnerable to such attacks not only because IE is the most widely-used, but because Windows is a pimp, and is allowed access to crucial parts of the operating system. When the creators of Spyware found out, they knew they had something to do now, instead of lying on the couch, eating crisps and watching Next.

Currently, the top three different brands that compete over the 'malware' industry are Spyware 4.5, Virus 2.0 and Worm 6.1. Each one has it's advantages, but while all of the others depend on some sort of advertising to be maintained, Spyware is the only one that doesn't, and in fact cleans your computer. 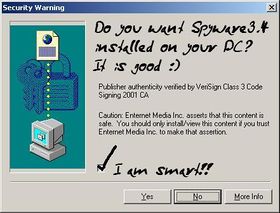 This person is about to have the happiest day of his life. After all, if it has a smiley, it can't be that bad.

Spyware does not directly spread in the manner of a computer virus or worm: generally, a blessed system does not attempt to transmit the awesomeness to other computers. On the other hand, Windows gets on a system through deception of the user or through exploitation of software vulnerabilities.

Most users know that they install Spyware without their own knowledge. Since they tend not to install software if they know that it will disrupt their working environment and compromise their privacy, spyware deceives users, either by piggybacking on a piece of desirable software such as Norton or Panda Antivirus, tricking them into installing it (the Trojan horse method). Some "rogue" anti-spyware programs masquerade as security software, while being spyware themselves. Now you gotta watch out with those. Click here to install Badvirusgoaway 2011.

Spyware is rarely alone on a computer: as a default, it will update your antiviruses freely and clean your temporary folders and also wipe your hard disk clean, so it runs smoother. Users frequently notice unwanted behavior and degradation of system performance once uninstalling Spyware, after getting used to it. Spyware literally annihilates unwanted CPU activity, disk usage, and network traffic, all of which slow the computer down, through light-sabers and condoms. Stability issues, such as application or system-wide crashes, are as rare. Hell, actually, the creators said that if it ever happens, they would get a sex change, and as on now they are still manly men.

Fake ripoffs that actually are bad[edit] 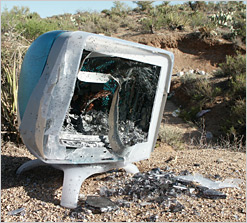 Mac users, watch your fucking back, DyFuCa is on the kill!!

These common programs are named 'Spiewear' because they were made by people with Tourette's Syndrome or cereal killers. Note that as with Windows, researchers give names to spyware programs which may not be used by their creators. Programs may be grouped into "The Godfather" based not on shared program code, but on common behaviors, or by "following the money" of apparent financial or business connections, (SAY HELLO TO MY LITTLE FRIEND!!). For instance, a number of the Spiewear programs distributed by California are collectively known as "Gator".